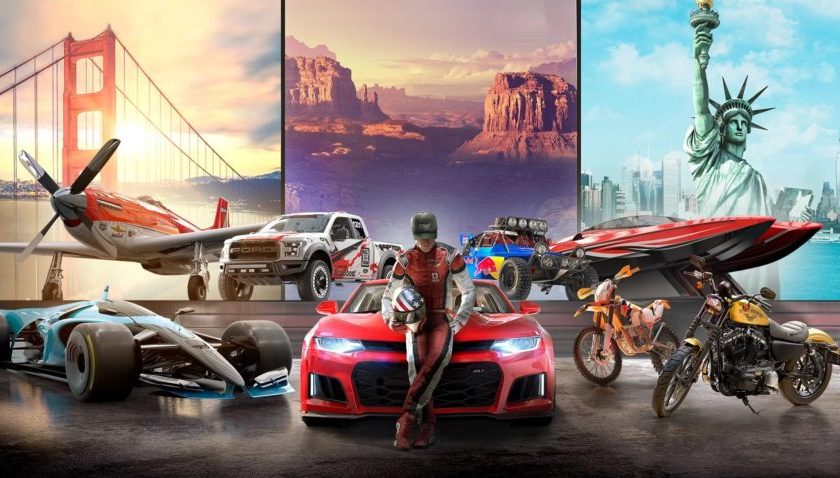 The Crew 2 – The Need for Speed is not Enough

I remember when The Crew was first announced. It was around the time of the PS4 and Xbox One’s launch and it struck me as a truly next-gen concept for a game. This was a game that gave players the entirety of the USA to drive around, a seamless driving experience across one of the world’s biggest countries. Sadly the reality of that dream was hampered but a below-par driving model, a terrible police story and a really empty map with nothing to do. Because of this The Crew came and went with a whimper, only kept alive by a dedicated fan base and some pretty decent DLC from Ubisoft.

But now The Crew 2 is here to wipe that disappointment away and deliver on the promise of the concept. Gone is the terrible undercover cop story and in its place is a more traditional (and appropriate) extreme sports vibe, think the presentation from Forza Horizon and you will have a good idea of what to expect. The driving model has been improved and there is a lot more to do in the world, with the addition of boats, planes and freestyle events. But is all of this enough? Sadly, no.

Don’t get me wrong. The Crew 2 is a much better game than the original for all of the reasons I mentioned above, and overall it is a tidy package that is likely to give just about everyone who enjoys going fast quite a few hours of fun, but it lacks that almost indefinable quality that separates the good games from the great games. For want of a better word, The Crew 2 lacks soul. Technically on paper, this should be a great game, but somehow, along the way, something was lost, its personality forgotten and in the end, we are left with a game that very much feels like it has been built by committee and not with a single vision in mind.

That being said there are moments of joy in The Crew 2 I haven’t experienced in any other game. Freestyle flying events are amazing, Off-road racing is an absolute blast and the boat events… my god I could play a whole game of those. They are just wonderful. The way the boats behave in regards to wake and waves makes it a pure pleasure to compete in these events.  Sadly though the more traditional aspects, the street and track racing, seem dull and unexciting in comparison. It isn’t that they are bad, they just don’t stand out in when sitting next to these other events. These are the areas that really highlight The Crew 2’s shortcomings, especially when compared to other games in this space. It all works and it isn’t terrible but at the same time, there is nothing to make The Crew 2 stand out in road racing.

The other big draw, the premise of the entire USA as a driving playground, is still here and just like the first game it feels a little empty. There were things to do as I drove around, photo challenges, quick skill events and the like, but for the majority of the time, I was simply driving for driving’s sake. Some people loved that about the first game and they will love it here, me… not so much. There was no reason for me to be out on the open road and considering I could instantly travel to any event (seriously the load times are almost non-existent once you are in the game) I felt there was no need to spend hours driving/flying to the next competition. Sure this is a personal taste thing, but I still think the game would have benefited with a more populated and engaging world to drive in.

So with The Crew 2, I am left a little split on my feelings. There is nothing in the game I can point at and say “that’s bad” but there is undeniably something missing, something lacking. It is a game I will probably play on and off in the future, dipping in for a quick blast of boating or off-road fun, but I don’t think I will sink any more serious time into. This is a polished game that looks great and basically does what it says on the box but still is somehow less than the sum of its parts. The Crew 2 reminds me a lot of cooking in some ways. Sometimes no matter how good the ingredients are and how carefully you follow the recipe, the meal just doesn’t turn out right, it just doesn’t live up to expectations. That is The Crew 2, all the right parts, put together in the right ways, yet still lacking that soul that would take it to the next level, and that, my friends, is a damn shame.