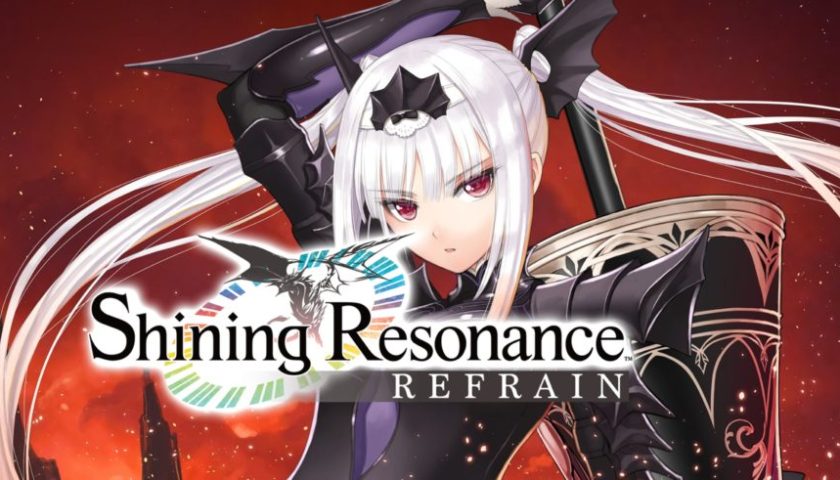 JRPG’s are kinda my jam. I love a good story, I love a good combat system and I love some wacky characters I can learn to love by the end of the journey. So when I was told about Shining Resonance Refrain I was really keen to sink my teeth in. Little did I know this was going to be one of the more slow-paced games I had played in a while.

Don’t get me wrong, I know JRPG’s aren’t always quick. Hell, Final Fantasy 13 took 60 hours to go from mediocre to passable; I know they’re slow. I know they’re the time sink equivalent of a needy girlfriend with self-esteem issues. I’ve played the main story quest in Final Fantasy XIV six times. I’ve grinded from level 1-120 in World of Warcraft a bunch. I sit through university lectures every week- trust me when I say I am no stranger to things that go slowly. But even with all my experience in the world of ‘shit that goes slow’, I STILL FOUND THIS GAME PROGRESSING AT THE PACE OF A SNAIL SUPERGLUED TO THE GROUND. Almost two hours it took me to get out of something that wasn’t a tutorial or a cutscene, and this just wasn’t ok. When I was finally able to control my character and enter the World Map I was greeted with MORE tutorials and I almost threw my controller out the window.

I’m not saying tutorials are bad, I understand they’re necessary so you know what the hell you’re doing. And I know that a JRPG is story driven, so I listened to the characters and learned all about the story. I learned about Yuma, the young boy with a soul of a dragon who was going to save the world. I learned about the evil princess who has three dragons, who all wanna kick my arse (which hardly seems fair, but anyway). I learned about the kingdom and the world I’m saving from the inevitable doom that plagues all RPG games and I even learned the THOUSANDS OF YEARS OF HISTORY the world has to offer.

So I go into my first boss battle knowing all this useless crap. I know Yuma’s dragon powers are awesome, I know they’re going to save the world even though he’s really hesitant to use them because let’s face it, he’s a bit of a wimp. I know how to utilise my party member’s unique skills, I know how to balance their MP so it doesn’t run out and I know how to give orders to my party to take advantage of the battle. I also know how to activate Yuma’s legendary dragon powers and turn the fight in my favour. I know more things than any one human should for the very first proper battle in a video game.

What I didn’t know- nay, what the game FAILED to teach me, was that if I turn Yuma into a dragon and use up all his MP doing his badass moves, he’d go into a rage. And not just any rage, I’m talking a berserk ‘I don’t know what I’m doing so I’m going to annihilate everything’ rage. Which meant that after TWO HOURS of gameplay, the very first boss battle saw MY MAIN CHARACTER smack his teammates into oblivion and wipe us.

Let’s just let that sink in for a moment shall we?

Know what came after that? A TUTORIAL; teaching me how to avoid that happening in the future. THAT WOULD HAVE BEEN NICE INFORMATION TO HAVE BEFORE I HAD TO DIG THE GRAVE OF MY OWN SANITY. But whatever. JRPG’s, am I right?

Alright, now that all my complaining about this game is out of the way, let’s get to the good stuff. The characters are simply reskinned stereotypes we’ve seen in games thousands of times before, and despite their being almost nothing unique about them, you do find yourself growing attached. Afterall, the stereotype of the ‘chick who kicks ass’ and the ‘cold as ice girl with the heart of gold’ are winners, which is why they’re done to death. Affection between characters grows as you battle together, and interact within cities and the world map. If affection grows enough you encounter a mechanic similar to those found in Bioware games, where you can carry out a relationship with people. The way it’s done in Shining Resonance Refrain brings nothing new or unique to the game, but it’s something to strive towards if you’re into that kind of thing.

The combat is action-based, and starts off a little slow but gets much much better as the story progresses. Once you’re far enough into the narrative you unlock the B.A.N.D mechanic, which sees all your teammates wield their weapons (called Armonics, which double as instruments) and play a song to buff you for battle. Not only do I love this mechanic just because it’s rad, and effectively ties into the game’s overall musical theme, but the idea of a group of people performing a spontaneous concert in the middle of a serious battle is just so odd to think about that it’s great.

Overall, Shining Resonance Refrain is a good JRPG experience despite its incredibly slow start. If you have the patience to get into the meat of the story, it rewards you with fun gameplay and a pleasing audio-visual experience. Whilst it’s not breaking any ground in terms of character development or storyline, it’s still a solid game that fans of the genre are sure to enjoy.