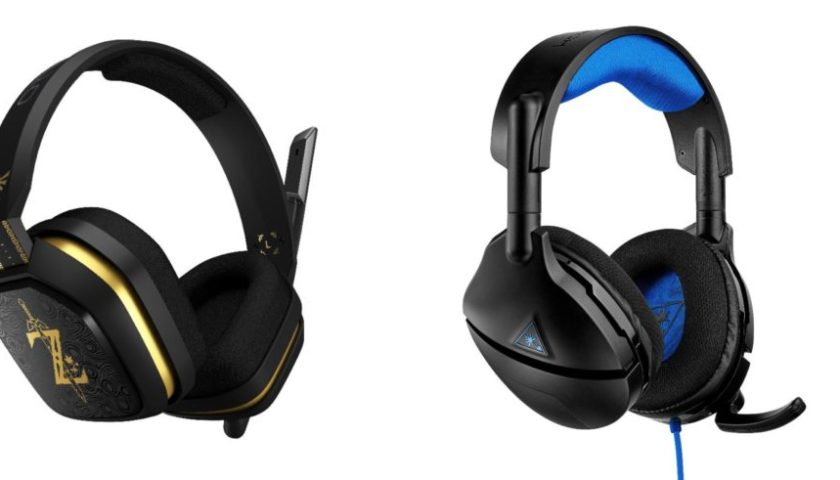 Turtle Beach and Astro Sound Off at E3

While most of the show-floor focus at the recent E3 expo in Los Angeles is around games, the industry’s peripheral and accessories makers were there as well.

Sound, as we know, is as important to the game as graphics and mechanics, so the chance to see what’s happening in the world of headsets while also checking out impressive games is one they very sensibly take full advantage of.

While at E3, I had the chance to spend some time with two manufacturers – Turtle Beach and Astro – to find out more about their latest offerings.

The two major offerings from well-known manufacturer Turtle Beach were the Recon 200 and Stealth 300 headsets. Both were wired models and priced attractively ($99.95 for the Recon 200, $129.95 for the Stealth 300) for gamers looking for affordable but effective headsets.

Turtle Beach says both headsets have been optimised for Battle Royale games like Player Unknown’s Battlegrounds and Fortnite, particularly by featuring enhanced bass, amplified audio and a flip-up microphone. The marketing also emphasises its compatibility with both Xbox One and PlayStation 4 – and special sound profiles for each – but it also connects via a 3.5mm jack so will work fine on a PC, Nintendo Switch or mobile device too.

The Recon 200 is available in either black or white. The headband is metal and the padding on the cushions is memory foam covered with synthetic leather, and the unit seemed very well made when I handled it – the metal reinforcing in particular added to the feeling of solidity.

Despite being a wired headset, the Recon 200 has an onboard rechargeable battery which runs for about 12 hours at a time (powering the amplifier for the 40mm speakers). Controls on the headset also manage the volume, mic monitoring, and let the user switch between profiles for the PlayStation 4 and Xbox One. The units are set for release sometime in our Spring.

The Stealth 300 is a budget-friendly version of the high-selling Stealth 600 headset and is aimed at gamers who want more than an entry-level product but also aren’t competing in professional esports tournaments either.

Like the Recon 200, the Stealth 300 is a wired amplified headset optimised for the PS4 and Xbox One and has similar features (including presets for both consoles), although the design has been tweaked slightly to be more glasses-friendly, with a channel through the memory foam and mesh earpads allowing the user’s glasses to stay on comfortably as they game. The rechargeable battery also runs for 40 hours, powering the 50mm speakers. The Stealth 300s for the Xbox One are optimised for Windows Sonic for Headphones surround sound too

I was able to try the Stealth 300s with the game Injustice 2 and the sound was crisp, clear and also full of bass; they certainly seemed to tick all the boxes of a product at that price point and market space; they are slated for an August 2018 launch in Australia.

The major offering from Logitech-owned headset maker Astro this year was a Zelda-themed A10 headset, which initially seems a bit “Yeah, OK, if you like that sort of thing, I guess?” – but the team had put quite a bit of work into making sure the headphones weren’t just a standard set of earphones with a Zelda decal on them.

Inspired by Zelda: Breath of the Wild and optimised for the Nintendo Switch, the special-edition black headphones have superb attention to detail, starting from the “Sword-through-the-Zed” logo and encompassing scrollwork which becomes more visible as the headset is adjusted. The gold-colour motif featuring throughout is well done, and even the “L” and “R” are accompanied by decorative accompaniments that nicely complemented the overall aesthetic.

Memory foam earpads accompanying 40mm speakers and an omnidirectional flip-up mic feature on the unit, but the attractive feature is full chat compatibility on the Switch – something that isn’t always a given with some of the existing gaming headsets on the market.

Astro also had a special 10-year anniversary edition of their hugely popular A40 headphones available – and very fetching they were indeed.

The A40s are one of the top-selling gaming headphones and are well known for gracing the heads of gamers the world over, whether they’re in their lounges, offices or on stage at major esports tournaments.

The A40s were originally designed a decade ago for Halo esports events and have remained perennial favourites ever since, with their appeal enhanced by changeable plates on the side of the headphones allowing people to display different images to suit their mood, theme, or favourite games.

Functionally and spec-wise, the 10-year anniversary edition dubbed the A40 TR-X, is identical to the regular A40, but it comes in an appealing red and blue colour scheme with an “X” (that’s “ten” in Roman Numerals, kids!) on the side of the earpieces.

Astro’s community and influencer marketing head Thadeous Cooper explained the colour motif was to hark back to the ‘Red vs Blue’ aspects of early competitive Halo, and from my inspection of the units at E3 they were well-made and had all the features serious gamers expect from the headset.

They’re slated for a release date around Q3 this year and while the Australian price hasn’t been confirmed at time of writing, the US RRP will be USD$149.

Royce Wilson attended E3 as a guest of Ubisoft