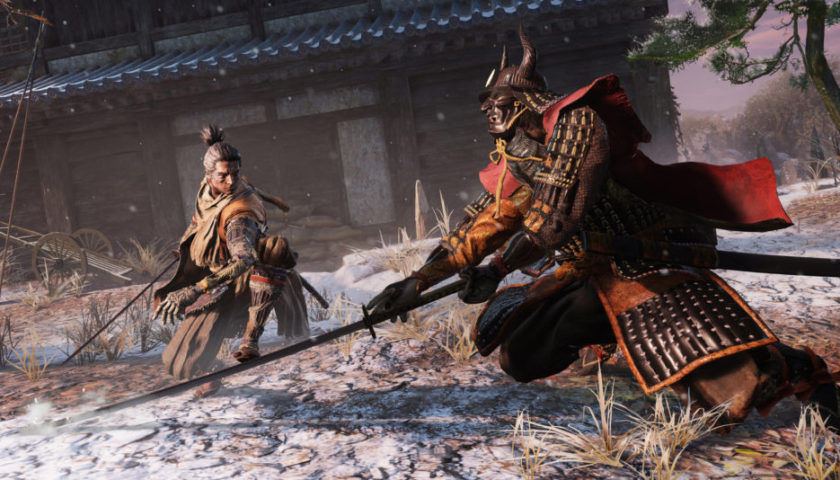 The hotly anticipated Activision and FromSoftware title “Sekiro: Shadows Die Twice” now has a release date. The Soulsborne inspired Sekiro will be arriving on PC, PS4 (and Pro) and Xbox One (and X) surprisingly soon – March 22nd to be specific. Alongside this reveal, it was announced that those attending GamesCom this week will have the opportunity to play the game ahead of its impending release date. Those playing the game will get to experience Sekiro’s fast-paced combat, the potential of the Shinobi’s prosthetic attachment in the world as well as the resurrection mechanic.

We scored a bunch of other cool new details about the game as well. We learned that the prosthetic tools belonging to the “one-armed wolf” protagonist can be reconstructed to unlock new actions such as powerful charge attacks. These attacks allow the player to broaden their approach to defeat their foes. We have also been introduced to the games Collectors Edition which includes the game, as well as a 7” Shinobi Statue, a Steelbook, Collectible Artbook, Map, Soundtrack and some quite impressive looking replica coins from the game. If you’re interested in this collectors edition then you’ll want to get in fast, because this will be an in-demand collector’s item, so stocks likely won’t last very long.

Expect extensive coverage of Sekiro in the months leading up to release, all at Player2.net.au so come back regularly for more.