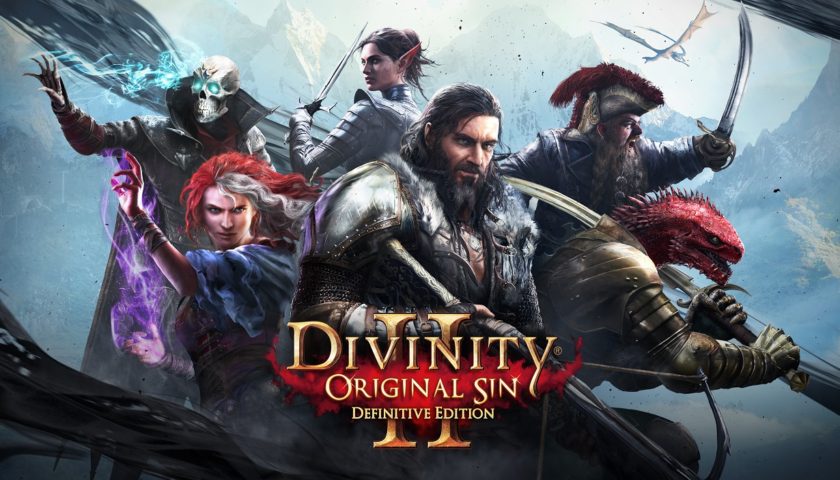 Diving into a traditional CRPG is a commitment. These are games that need your undivided attention. You can’t float in and out, playing in short bursts. You need to dedicate yourself, allow the game to take over and rule all of your free time. The best CRPG’s encourage you to make that sacrifice from the very first line of dialogue. They draw you in so you don’t notice the hours ticking away, the quest becomes all important. Food, sleep, real-life relationships become secondary to the task at hand which is completing the journey. Divinity: Original Sin 2 is just such a title and it has its claws firmly around my heart, not letting me contemplate anything else apart from my mission to ascend to godhood.

For those that missed its release last year, Original Sin 2 hit the PC with a bang, promptly winning a bunch of awards and gaining a legion of fans. Now, with the release of the Definitive Edition, console players can get in on the action and take their own journey in what is one of the best games of its type ever to grace our gaming systems. That is no embellishment folks, as far as CRPG’s go Divinity: Original Sin 2 is the cream of the crop and it all comes down to one thing. Writing.

Usually, a big problem with these sort of games for me is how text-heavy they are. Lots and lots of reading to be done and usually my memory isn’t up to the task of remembering every little detail mentioned in these walls of writing. In the case of Original Sin 2 every word, every sentence is a joy. It is a game that welcomed me in much the same way as a book by David Gemmell or Raymond E Fiest does. Intriguing characters, engaging plot devices and a wonderfully realised world greeted me from my first moments in the game. As things progressed I become firmly hooked on this tale of striving for divinity, character motivations were clear and the world was in peril, the kind of peril only the most entertaining of Fantasy novels manage to produce.

What I really found surprising, however, was the difference in approach for the main characters. In most games of this ilk, you create your avatar, choose their class and fighting style and head off into the world to make your own story. In Original Sin 2, you can still do that, in fact when I played it on PC that is exactly what I did, but there is a better way to play. There are six pre-made characters to chose from. All of these characters have a backstory and they all have different motivations and goals within the game world. I found that by playing as one of these characters (I chose Loshe, a witty musician with a problematic past) I became more invested in the story. I was no longer a blank slate but a wonderfully realised character that had her own reasons for wishing to become a divine being. It was refreshing to be led through the game this way and it made me regret playing as a created character on my PC playthrough. I strongly recommend that new players pick one of these characters the first time they play, it thoroughly enhances the story aspect of the game.

Now with all this talk about the story, I don’t want anyone to think that the rest of the game isn’t top notch. Because in almost every respect it is. The combat is a wonderful turn-based system which makes the game much more suited to consoles as opposed the pause/real-time combat systems that are common to the genre. Naturally, a controller isn’t as responsive as a keyboard and mouse so the fact there is no rush to complete actions or cast spells avoids the flustered feeling I experienced in Pillars of Eternity on consoles. Speaking of spells and actions, the amount available is truly mind-boggling and thanks to a supremely flexible skill tree there is nothing stopping players from using a wide range of skills from different paths. My version of Loshe specialised in Staff weaponry and Air Magic but also had some talent in Pyrokenetics and water magic. I never became the ultimate badass in one area but my wide range of abilities allowed me to adapt and fill in any skill deficiencies my team may have had versus a particular set of foes.

I have one particular tale of an in-game occurrence that should give you an idea of how well everything is interconnected. At one point, in a small village, I was approached by a Magister (a sort of religious military order). This Magister threatened to arrest me. I suggested a bribe, she agreed but asked for an exorbitant amount. So one of my choices was to slap her with my coin purse, which of course I did. She attacked, which I expected. What I didn’t expect however was that people from the village who were friendly to the Magister cause also attacked, protecting someone they saw as an authority figure. So the next thing I knew I was up to my ears in shopkeepers, blacksmiths and barmaids all wanting a piece of me, all the while the rest of the village doing their best to not get involved.

If I had any issue with the game it is that it was very easy to get caught out in an instant death situation. Wandering slightly off the beaten path can result in a battle encounter you cannot win. The weird part about it is these battles are often very close to areas with low-level enemies so getting caught out underprepared is almost a certainty. It is a frustrating problem in an otherwise balanced title and feels like a relic of the 90’s PC games that Original Sin 2 takes inspiration from, a relic that should have stayed in the past.

To say Divinity: Original Sin 2 is an outstanding example of the CRPG genre would be underselling. With a story that feels like a best-selling fantasy novel, a combat system that is deep and intuitive and a world that is interconnected in ways the boggle the mind, Original Sin 2 should be a must buy for any RPG fan. It requires dedication and demands your attention, but any sacrifice you make to play the game is well worth it.