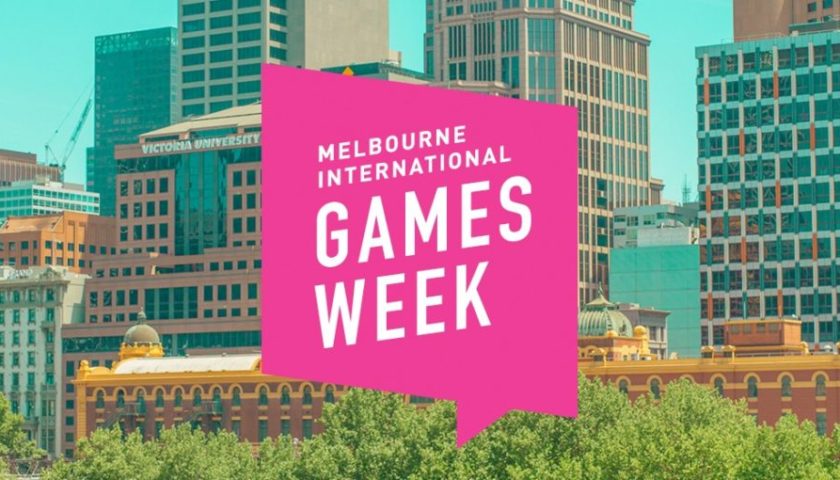 As almost anyone and everyone in the gaming world knows, and for those that don’t please pay extra attention, PAX AUS is coming to Melbourne from the 26th to the 28th of October.  However, PAX isn’t the only place to indulge in everything gaming related.  From the 20th to the 28th there is a plethora of gaming related exhibitions and events as part of the Melbourne International Games Week (MIGW).  There are events for the general public, people in the gaming industry and a summit on education in games as well.  If you are going to be in and around the Melbourne CBD during MIGW then you can check out some of these awesome activities for yourself.

Those who are not involved in the gaming industry, and even those that are, can attend the following events that are open to the public:

Alien Planet: Make A 3D Game In A Day

For those interested in learning how to create a game with the Unity engine, the Media Design School at Torrens University is hosting a workshop where attendees will learn how to create a complete 3D game with guidance from Adam Thompson, a Unity Certified teacher.  By the end of the day, attendees will have a game that will be playable on the PS4, and the best part is it is 100% free.  This event will take place at the Torrens Uni Media Design School on the 20th of October.  There is no booking info available yet but keep your eyes on here for further details

An exhibition all about cultural and arts practices in video games from throughout the Asia-Pacific Region, to highlight games as activities beyond regular entertainment.  There will be screenings, workshops and playable games present with exhibitors from Indonesia, Hong Kong, China, Japan and Australia.  The exhibition runs all week at the Library at The Dock, is free for all and you do not need to book.

One event that you don’t have to be in Melbourne to take part of is the Melbourne Queer Games Festival.  To be held online over 22nd and 23rd of October, MQGF is touted to be “a relaxed, lofi, online event.”  It is being run by a small team of volunteers and hopes to “inform, entertain and challenge LGBTIQ players by reflecting their lives in games.”  The MQGF plans to have a live stream, game bundle and awards programme.  There is not too much other information available right now but with the demise of GX Australia, it is great to see another event to showcase LGBTIQ and queer games.  For anyone who wants to submit a game to the MQGF, they can do that right here.

This workshop looks at how people can take the disruption we all face at one time or another, whether through road closures or crowding and how to make them into your playground.  Just how I am not quite sure, but there will be local experts (to Melbourne one would assume) that will work with attendees to use the data they have to create a playful solution.  Just in what way I have no idea, but if you think this might be your cup of tea then you can take part on the 23rd of October.  No ticket platform has been announced yet so keep an eye on the MIGW page for more details.

If you are into unique, experimental and personal indie games then the Freeplay Showcase is for you.  This showcase shows off some of the best up and coming indie developers and artists who want to share their creations with the world.  Each game featured in the showcase will have the developers on hand for a live demonstration and after last years event sold out they have moved to RMIT Swanston Academic Building so that more people can enjoy the event.  If you are interested in tickets to the October 25th event, they cost between $18 and $22 and can be booked here. The list of developers and games at this year’s showcase are:

Last but not least, the Education in Games Summit is held on the 26th of October at the Australian Centre for the Moving Image.  This event is all about utilising games in the classroom to help supplement student education and will take in a number of speakers providing information on specialist technologies, eSports education and practical classroom learning ideas.  If you are a teacher that wants to learn how better to incorporate games into the classroom then this is the event for you.  Tickets start at $88 and can be purchased here.

While the events above are listed as available to the public, there is nothing stopping industry folks from making their way to any number of them.  However, there are a number of events that are for industry types only being held as part of MIGW that both veterans and newcomers alike might be interested in attending.  For more information on those look no further than below.

For those who specialise, or maybe want to specialise, in all that is involved in the design of sounds for video games will be interested in attending this event.  Encompassing the creative, professional and business skills needed in the industry, the event will help to build the skills and knowledge needed, and to “amplify the connection between music composition and interactive media.”  There is no info so far on the cost and how to book but we do know it will be held on the 20th of October.   Keep an eye on the MIGF page for more details.

The annual developer conference for all things Unity will be held at the Melbourne Convention and Exhibition Centre on the 22nd of October.  This event provides a day full of learning and networking, with a keynote from Unity leaders, technical sessions for those of different levels of Unity proficiency and previews of future tech developed for Unity.  If developing in Unity is your thing you can get tickets for the event right here.

Returning for its 13th year, GCAP is touted as Australia’s premier game development conference.  With the theme of ‘The Walls We’ve Built Ourselves’, this year GCAP looks at the future of Australian game development.  While it is aimed more at mid-level to senior level developers there are always benefits to even people early in their careers attending an event such as this.  If you want to purchase tickets for GCAP you can purchase them through their website, with a discounted tickets for students as a bonus, and make your way to the Melbourne Convention and Exhibition Centre on the 23rd and 24th of October.

To be held on the 24th of October, entry to this event comes included with entry into GCAP (above)  and is run by the Game Developers’ Association of Australia.  While there may not be a major opportunity for learning at this event there will most definitely be opportunities for developers of all levels to network with others in the industry.

Bringing MIGW to a close is Megadev6!, an industry networking event open to developers publishers, media and just about anyone else that has been working during MIGW.  Tickets cost between $30 and $50 but to purchase one you first have to contact the organiser to introduce yourself and request a ticket code.  If this seems right up your alley then send an email to  giselle@igdamelbourne.org to get the ball rolling.