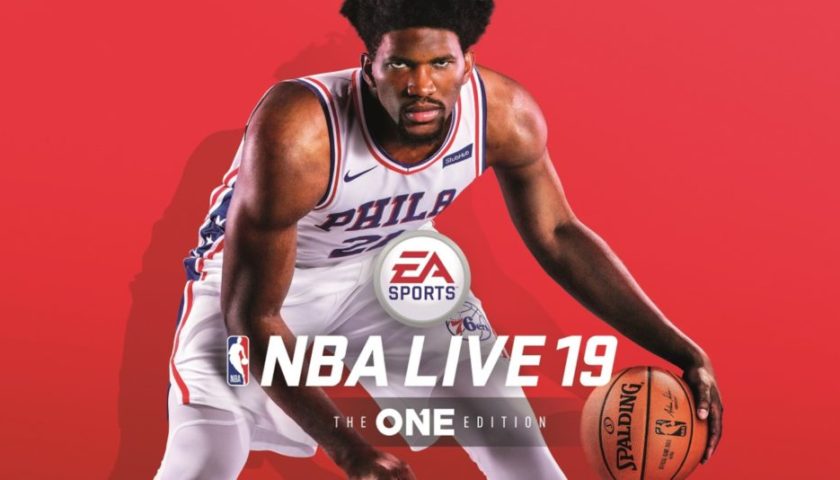 *Note: Due to playing the game pre-release, the screenshot functionality in the game was disabled and PR was unable to supply us with screens to use. We have had to make do with what we could scrounge up for screenshots. Please stay tuned for a future episode of Player 2 Plays to get a good look at how the game plays.

The NBA Live franchise has been something of a joke for quite some time. From cancelled titles to buggy and broken releases, for years the once great franchise seemed to be headed for disaster. But thankfully last year something changed. Things began to turn and while it wasn’t on the same level as the venerable NBA 2K, it was finally a contender thanks to reworked gameplay and a more welcoming approach to the sport. Now we have NBA Live 2019 and things are looking even better, in fact, if I were NBA 2K, I would start looking behind me.

Now don’t get me wrong, NBA 2K is the best game of ball out there, but it isn’t exactly a welcoming game to get into, there is quite the learning curve to master. NBA Live has recognised this and pounced because the 19 release is perhaps the easiest basketball sim to get into for years. EA has done a wonderful job of helping casual ballers through the door with a huge range of modes, all of which cater to various skill levels expertly. This is a game that opens its arms to the newest of the new and the seasoned pros equally and that is something I think will stand it in good stead and allow it to carve out its own space in the market.

What NBA Live has done is created a career mode that encourages people to explore different parts of the game. There is the story mode of the young rookie making in the big leagues, the story of this same rookie making a name for him/herself on the street circuit and a mode where players get to build a team of collectable players to do battle on other people’s custom courts with custom rules in asynchronous multiplayer called Court Battles.  Each of these sections feels completely different from each other and with the ability to switch between them with ease, they keep things fresh and exciting. What is even better is that no matter what mode you are playing, everything you do is improving the skills of your custom player. I want to make special mention of the court battle mode because it was a blast. Its structure is much like a mobile game, you create your home court, set up a defending team consisting of players you have unlocked, customise rules for your court then head out with another custom team to play on other player’s custom courts. Some of the custom rulesets include reverse scoring (dunks are worth 4 points and 3point shots only worth 1) Skins (where missed shots get added to the total of the next made shot) or a more traditional half-court game with the winner the first to 11 by 2. I had a blast taking on other people’s home turf, earning upgrades and new players and defending my own court. It is a great addition and I am sure it is one that will become immensely popular.

As for the gameplay, this title certainly has a much more arcadey feel to it, which goes well with the welcoming nature of the game. As opposed to the technical mastery promoted by NBA 2K, Live goes with a style of gameplay that encourages fast, exciting and attacking basketball. Driving the lane is the scoring option of choice, finishing off with dunks and fancy layups every second play. Sure it is not as realistic, but it does add to the pickup and play nature that seems to be the theme. That isn’t to say there is no depth here, because there is, it just means that people of all skill levels can play and look pretty good doing it. If I have one issue with the gameplay it is that three-pointers are stupidly hard to get due to the nature of the AI. It is almost impossible to set up a clear shot from the three-point line and contested shots miss 9 times out of 10. Even advanced players will struggle to get clear shots, making the three-point shot more a thing of luck than a legitimate attacking option.

Presentation wise the game has come quite a way, but there is still room for improvement. Graphically things seem much smoother this year, with far less evidence of strange graphical glitches and weird behaviours. Pure looks wise it is quite the nice looking game, players seem sufficiently detailed and the courts, especially the custom ones, look great. Commentary is still a disappointment though and when compared to what 2K offers (which, to be fair, is the best sports commentary in gaming) seems archaic. I was hearing repeated expressions and sayings in the same game, which breaks the illusion rather quickly. Also, I found the commentators to be rather dull and lifeless, so it wasn’t long before they got turned off and my Spotify playlist was turned up.

Multiplayer wise, the game comes with a full suite of game modes including the traditional money spinner of the Ultimate Team mode, which now almost feels superfluous thanks to the excellent Court Battles. I am sure there are large groups of people out there that love this sort of system, but for me, it still feels too dependant on micro-transactions to sit well. There are also some live event modes, which I wasn’t able to check out because I was playing pre-release, but they offer the promise of online tournaments, special rulesets and interesting locations, so barring any netcode disasters they should be a lot of fun.

With NBA Live, EA has finally become a legitimate contender for the video game basketball crown. It doesn’t quite have the level of polish and finesse that NBA 2K exhibits and it lacks in some of the sport’s more technical areas but it offers a much more welcoming experience that will have you balling with the best in no time. A wonderful suite of different game modes are on offer and keep the gameplay fresh and exciting, while the gameplay itself is fast, fluid and flexible. NBA Live 19 is a huge leap forward for the franchise and one that promises to entertain until next year’s entry. Well done EA, you have brought Live back from the dead.