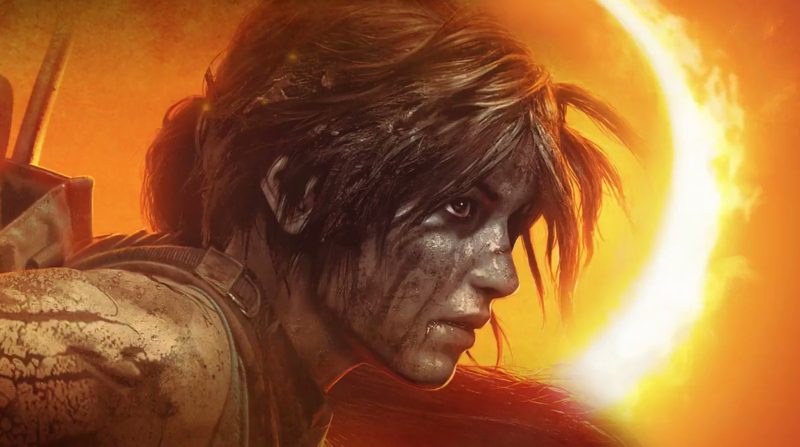 Shadow of the Tomb Raider starts in a strange place. It seems that Lara, through her ongoing battles with the Illuminati-style group Trinity, has inadvertently set off the Apocolypse. In the process she doomed a Mexican community, causing the death of hundreds, and has given Trinity exactly what they wanted, a means to reshape the world in their image. So with the weight of these souls weighing heavily, Lara heads off to Peru to see if there is something to all this Mayan end-of-the-world mythology and in the process perhaps find some redemption.

This setup makes for a very different sort of story for Lara. She is no longer the plucky adventurer with a clear moral compass we spent time with in the last few games. Now she is a weary, jaded creature, driven to keep going because she feels she is the only one that can. It is a tougher Lara, a more vulnerable Lara and a Lara that is much harder to empathise with. This Lara is the source of Shadow of the Tomb Raider’s problems and these problems sadly hold the game back from the greatness achieved by the previous two titles.

This is because it is so much harder to invest in Lara’s plight. There seems to be a disconnect between her admirable goal of saving the world and her actual attitude towards events. Bouts of doubt come across with more than a little tinge of “poor me” syndrome, grim determination appears to be pig-headed stubbornness and interactions with NPC’s always give the impression that Lara is an aloof snob, not a saviour seeking redemption. All of this is such a shame because the approach could have worked had it been handled with more finesse, but sadly the writing on display here is clumsy and cliched, sapping any desire to invest myself in the story.

As for the gameplay, well things are still pretty darn good, though not without its own issues. The platforming, climbing and combat are all top notch. I thoroughly enjoyed the stealth moments especially, using mud to mask my heat and blend with vegetation was an inspired choice and gave me a real feeling of being a true predator, stalking my victims and taking them out at the appropriate moment. The mechanics all feel polished and well thought out. The problems appear in the pacing of the game. There are several large open village-style areas where Lara can interact with inhabitants, visit merchants and do a bit of general exploration and side-questing. These areas all feel like they take up too much time, ruining the flow of the game. The side quests are almost all boring and cliched and the dialogue with the natives forced and dreary. Once again it is a case of a good idea implemented in a clumsy manner that holds it back from achieving greatness.

Something that has certainly improved since the last title is the design of the series signature challenge tombs. These are fiendish and satisfying puzzles that stretch both your mental and platforming abilities in ways that are sure to bring a smile to your face. I enjoyed every tomb I came across, revelling in their design and my ability to conquer them. Finishing a tomb gave me a new skill that could make life in the game a little easier but even without this reward I would have felt compelled to complete them. Shadow of the Tomb Raider also introduces crypts, a sort of little brother to the tombs. These crypts are not as hard to complete and tend to be a little shorter than the tombs but are fun none-the-less. Crypts reward players with new outfits for Lara, each of which has different in-game bonuses that range from damage reduction to improved stealth. Not essential by any means, but an enjoyable and appreciated addition to the franchise.

As for the game’s look, well stunning comes to mind. It is almost a given that a game like this is going to be a treat to look at but it still surprises me all the same. The Peruvian jungle is a beautifully savage setting and one that is used to great effect. Day and night seem to be more prominent in this title and as a result, I got to see a few different sides of the jungle, each just as eye-catching as the other. Characters are also wonderfully detailed and animated, highlighting just how good a game can look these days. I played it in both 4K and in 1080p and there is a noticeable improvement at the higher-resolution, this really is a game that has been optimised for those with the best hardware. If I had any issue with the look is that it occasionally appeared a little washed out when there was too much light in the scene. It is a minor complaint, but one that stands out when everything else looks so exceptional.

With Shadow of the Tomb Raider, we have a very good adventure title that sadly doesn’t live up to the incredibly high bar set by its predecessors. It is by no means a bad game but due to its lineage, its problems seem much greater than they should. I, without a doubt, enjoyed my time within the game, but at the same time, I felt it could have been just that bit better, that bit more refined. As a result, I was never hooked in the way that I was with Rise of the Tomb Raider and it left me feeling a little down. Shadow of the Tomb Raider is well worth playing and it is an entertaining game, it just isn’t as good as it could have been and that is a giant shame.