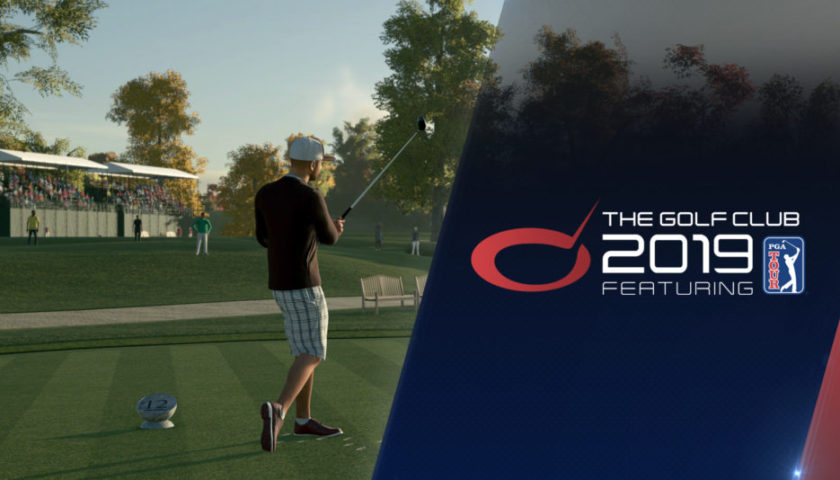 Success on and off the Fairways – The Golf Club 2019

I love a good success story. A rags-to-riches tale always makes me smile, even more so when it is a true one. Enter HB Studios and a little sport called Golf. Born out of the cancellation of Tiger Woods 15, on which HB was due to work, The Golf Club was released to an under-catered group of gamers. It was a little rough around the edges, but its fantastic course editor and focus on replicating the highs and lows of the sport earned it a dedicated group of players. The Golf Club 2 followed in 2016 and fixed many of the first game’s problems and while it still didn’t feature any official licences, it quickly became the Golf game of choice for those players that wanted a bit more of a serious slant on the sport.

Now with the release of The Golf Club 2019, things have really taken a huge leap. HB Studios were able to secure two big additions to the game. The first is a deal with 2K games to become the game’s publisher, a move that is sure to see many more people gain visibility of the title and increase its public profile. The second is even more significant. The Golf Club 2019 features the PGA Tour licence. That means all events and courses from the world’s premier golf circuit are featured in the game. This is the first game since the rather mediocre Rory Mcilroy Golf to feature the tour and it only further illustrates how far HB Studios has brought the franchise in a relatively short period of time.

I have a sneaking suspicion that all this success has come because of one thing, it is a cracking good golf game and the 2019 edition is the best version yet. The first thing I noticed is an increased level of polish all round. The UI is much improved and the slightly messy and jumbled menu system from TGC2 has been replaced with an intuitive and clear system that makes jumping into any of the game’s modes a breeze. Be it creating my golfer, setting up a custom season, jumping into an online match or starting my PGA Tour career, it was all presented in a logical and easy to navigate manner.

The improved presentation aspects continue into the game, with a significant graphics and sound boost noticeable immediately. Graphically the game still isn’t at the level of an EA Sports title, but it is certainly not ugly, with some spectacular courses and detailed golfers on display. The smaller details like the crowd and buildings on the course are a lot rougher, but that is something I can wear as a fair sacrifice from a small development team. Ambient sound, crowd applause and commentary are all improved as well. The commentary, in particular, is much more natural and much better at accurately talking about what is actually happening on screen. Sadly there is still only one commentator (with small doses of colour commentary from a second commentator during PGA Tour events) so it gets a little monotonous after a while, but in all, it is much better than the previous title.

What The Golf Club 2019 does really well, however, is welcome new players. In the last iteration, The Golf Club took its mantra of a Golf game for Golf players very seriously, with a challenging difficulty level that took dedicated effort to master. This was great for people such as myself that enjoy the challenge of Golf in real life as well as in the virtual world, but it was not so great for more casual or occasional armchair athletes. With TGC 2019 there are a range of difficulty levels for both the clubs (and therefore swing mechanics) and AI opponents. This flexible approach to difficulty is just what the doctor ordered with players able to adjust the game to their desired level of challenge.

Whatever level of challenge appeals to you, know that the game its self it top quality. The gameplay encourages improvement. There are no stats to boost like you find in most sport games. As soon as you tee off you have the ability to drive as far as possible, putt with 100% accuracy and land the ball on a dime. This is a game that solely depends on your own skills. How you swing, how you read the lie, how you interpret the wind, all come into play and if failure is a result, then only you are to blame. This never gets frustrating though because the game gives excellent feedback as to what went wrong, pointing out where improvements need to be made next time the ball is lined up at the tee. This, along with the ability to scale difficulty, makes the game quite addictive, always teasing you with the chance to make a better shot or get a lower score.

Once again a key feature of the game is the course designer, which is even better than before. Creative golfers out there are already whipping up a wonderful variety of challenging and entertaining courses, essentially creating an endless stream of content for the game. From recreations of famous courses such as St Andrews to brand new creations designed to test a player’s sanity, there is something for everyone. The toolset is powerful, yet simple to use and I expect to see this feature become the tentpole for the game’s longevity.

With the backing of 2K, I can only see a bright future ahead for The Golf Club franchise, but that being said, know that the product available right now is well worth your time. Sure Golf is a bit of a niche sport and doesn’t appeal to everyone, but for those that do enjoy a round, this is easily the best game available. It is much more welcoming than previous titles, includes the ability to play through the sport’s premier competition and has a never-ending supply of content thanks to the wonderful course creator. As a Golf fan, what more could you possibly want?