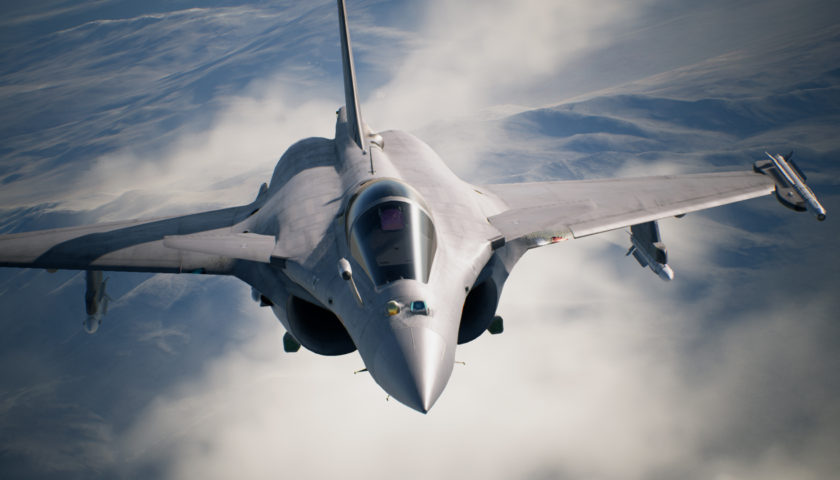 It has been a long time between drinks for Ace Combat fans with the last title being released way back in 2011. There hasn’t even really been a game in that time that has taken on the mantle of accessible flight combat that Ace Combat has become known for. That wait is about to end however with Ace Combat 7 coming to Xbox One, PS4 and PC early in the new year. The question is, can an audience that has been waiting so long for a sequel be satisfied? From my time with the game on the floor, I would say things are looking good.

A flight sim, even one as accessible to get into as Ace Combat, is a tough game to demo on a show floor. There is a lot of depth that needs to be explored through in-game tutorials, as such it is hard to get a read on the final product. That being said it didn’t take me too long to get the basics down pat and before I knew it, I was off shooting down enemy planes and using missiles to take down land-based weapon emplacements. It was all fairly intuitive and while I am one hundred percent sure I was missing things and skipping things that would have made life easier, I feel like it is a good start.  People that like a deep flight sim experience should be excited too. The game offers a full “sim” mode that supports a range of flight sticks, giving those hardcore flight games folk the full experience.

The game is rather impressive to look at too. The detail in the planes is outstanding and even though the area I was flying over was rock and sand, it somehow still looked stunning. What shocked me, however, was the game was running on a standard PS4 and not a Pro. If it looks this good on a standard system I can only guess that the 4k version will be an absolute head turner. The other big news is the game is going to hit VR on the PS4 as well so I can only imagine how immersive it will be in that format. VR in my mind is made for this sort of title and I pray that they nail the experience.

With the demo, I was tasked to take down an escaping bomber and destroy the base it was coming from, a simple sort of mission, ideal for a showroom floor. I had a lot of fun with it but I do have a concern. These sorts of games often struggle with mission variety and this is certainly a mission I have seen before. I hope that when the full game comes out there is a huge variety of missions that we haven’t seen before and Ace Combat 7 is more than a graphical update.

Ace Combat 7 is coming into a marketplace starving for some Air based combat so it should do well. Thankfully, the developers appear to be making all the right moves to make this more than just a dogfighting game. It looks stunning, gameplay is easy to grasp (even if there is a little learning curve) and the promise of VR is tantalizing. I have a worry about the game become repetitive if there isn’t a range of different missions, but really that is my only concern. All signs point to Ace Combat 7 being a game that was worth the wait.