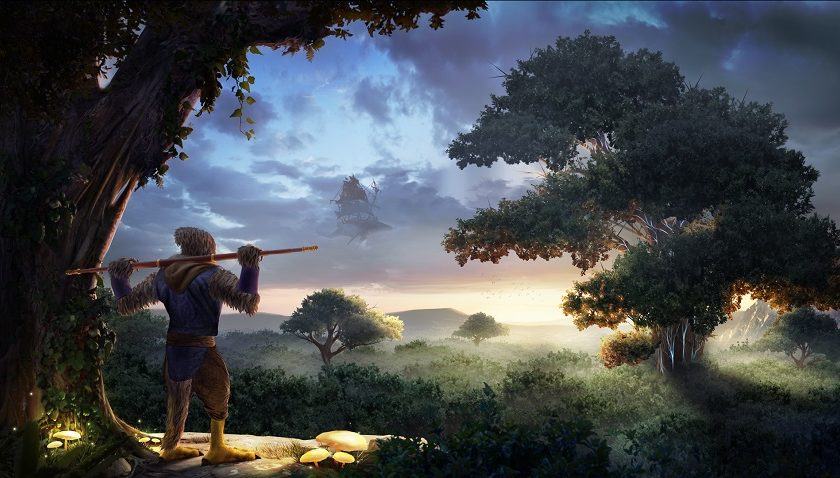 Over in the indie section of PAX AUS 2018 I stumbled on a rather appealing looking 3rd person action title called Primordials: Fireborn. I promptly sauntered up to the both, grabbing the nearest controller and dove into the gameplay. Seeing my media pass one of the developers came over and as I was playing proceeded to let me know about the game and what it took to get it to this state.

Turns out the clever chaps behind the title had spent some previous time making mobile games. Some successful, some not so much. But sadly these game were not the type of title that satisfied their creative urges. Thus Primordials: Fireborn began development. Let me tell you, this is an ambitious game for a small indie team to create, after all, it is stepping into the ring with titles like Darksiders and God of War. But that didn’t put off this dedicated team and they so far have managed to put something that is thoroughly promising and worth keeping an eye on.

There were two demos available for the title and I managed to play both. Both of these levels looked great. Granted the graphics weren’t of triple-A quality but considering the game’s Pre-Alpha state and small development team I was suitably impressed. The main character, a sort of Homo-Phoenix, is particularly detailed, showing off some nice looking feathers and facial features. I did notice some animation bugs but once again those were totally forgivable considering the game’s state.

Gameplay consisted of some jumping puzzles, basic combat and exploration, all the things you would expect from a title such as this. There appears to be some sort of questing, possibly side-quests, but that feature wasn’t present in the demo. Making my way through the level was smooth experience and while combat was simple, it was still satisfying and I had the ability to mix it up with the addition of some magic spells. This is a solid beginning to a title that still needs quite a bit of work. In saying that, it is very encouraging to see a game in such an early state having foundations this solid.

Considering the development team have been working on Primordials for a significant amount of time, there is no doubt in my mind that this is a game that will see the light of day. There has already been a huge commitment to the title and the fact all the basics are in place indicates to me that this has great potential to impress. Primordials: Fireborn is probably 2 years away yet but it is now a title that I will be keeping a close eye one and I can’t wait to see it at PAX AUS 19 to see how far the developers have come.