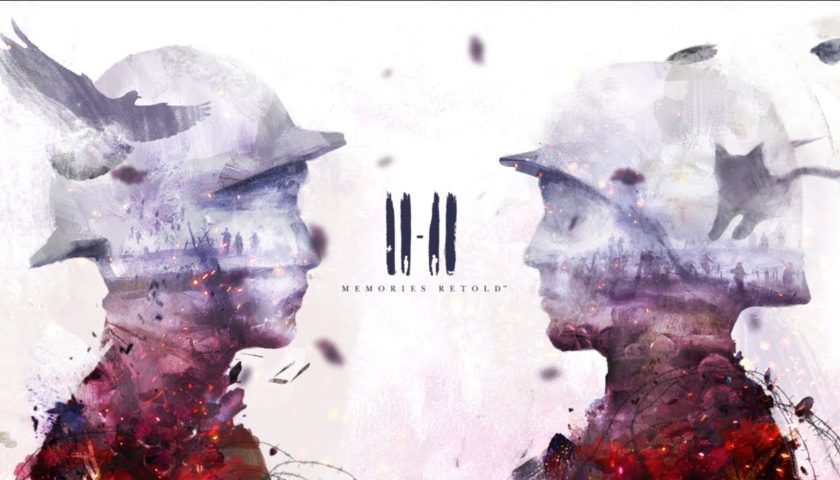 War is horrific. War is not killstreaks and leaderboards. War is not a combat bloodsport entertaining the masses. While not always “fun” in the sense video games are measured by, 11-11: Memories Retold presents a grounded, human tale of World War I’s permanent impact on its participants.

Taking place during the last two years of WWI, 11-11: Memories Retold follows the stories of Harry, a naive young Canadian who joins the war efforts as a photographer seeking fame and heroism, and Kurt, a German engineer whose son’s regiment is reported as missing. Throughout the war, their future becomes entwined via unlikely circumstances which forces them to team up in an uneasy truce. How their stories end is entirely up to you.

Playing as a light-adventure game, 11-11: Memories Retold offers up three acts containing various micro-levels which you can explore en route to fulfilling the story objectives. These levels are set across a range of locations and historical battles such as the Battle of the Somme, Paris, and Germany.

Depending on which character you’re controlling at any given point, your available interactions with the war differ. While playing as Harry, you’ll be exploring your surroundings and taking photos under the orders of the charismatic Major Barrett to keep Canada updated on the war. Snapping photos is as simple as pressing a button to aim, framing the shot, and pressing another button to take the picture. Potential photography subjects are highlighted by a symbol hovering above the subject, offering guidance on what you can document. Conversely, Kurt’s engineering expertise is frequently put to use, solving simple puzzles to fix malfunctioning electronics and weaponry in order to progress the story. While much of Harry and Kurt’s stories take place on opposite sides of the trenches, some levels that take place when they are within close proximity allow you to switch between the two characters at will to complete their respective objectives.

Impacted by what you decide to do as the two main men, the story changes based on your actions. By speaking with more people, Kurt is able to write about more topics when sending a letter to his wife and daughter, which influences their perspective of the war and Kurt himself. On the other side, by taking more photos as Harry, you can choose what to send back home to Julia, a young woman he fancies, which impacts a romance subplot that acts as Harry’s motivation for pushing through.

Aside from the photography and engineering feats, 11-11: Memories Retold is packed with numerous collectables which function as puzzle pieces. Collecting a full set of these items show a real-life photo or item of significance from WWI, along with a description acting as a mini history lesson. While totally optional, this does provide some incentive for exploring beyond a linear path to completion, offering a learning opportunity while playing.

Harry and Kurt’s experiences throughout 11-11: Memories Retold are deeply affecting tales of men whose motivations for joining the war are largely non-violent. In fact, very little violence is shown on-screen, and the violence that is depicted hits hard. When action does take place, it is shown tastefully as not to glorify war, instead illustrating the consequences of what happens when peace is destroyed. Although 11-11: Memories Retold is not a game about shooting and killing people, the constant tension of battle is always present, with shell-shocked soldiers and civilians verbalising the terrors they’ve seen or fear will happen. Alongside the sparing depictions of violence, there are delicate moments of brevity which are welcome diversions to the grim realities of war, such as when Harry spends an afternoon in Paris many miles away from the thundering sounds of gunfire, or the sections where you play as Kurt’s stray cat companion – exploring the war in a neutral, carefree capacity. These sections act as effective character development opportunities, fleshing out the protagonists and their colleagues, which adds significant weight to some late-game narrative beats and choices.

Avoiding the hyper-realistic look and feel favoured by other war games, 11-11: Memories Retold features a fascinating watercolour painting aesthetic. Appearing to be painted in broad brushstrokes, the visuals in motion almost looks like they’re being applied to canvas in real-time, with how each individual stroke moves along with the character. With this utterly unique art design, 11-11: Memories Retold intentionally obscures details as to subvert the gritty realism many of us expect in a modern game about war.

However, this lack of detail proves to be a hurdle to overcome when seeking collectables or specific items. It’s nearly impossible to spot anything with certainty from a distance, meaning you have to move closer to your point of interest, only to realise what you thought was an interaction prompt was instead a randomly flickering light particle. Harry and Kurt aren’t the fastest movers going around either, with both characters feeling a bit slow and heavy to control, so having to aimlessly wander around for some objectives or bonuses can quickly become tedious.

Additionally, Harry’s sub-objective photo subjects can only be identified by aiming down his camera lens, which is also a slow and cumbersome process. The latter point could be easily hastened by showing symbol markers for these optional photos in a similar way to the core objectives, but I suppose it’s designed to encourage exploration. Unfortunately, exploring frequently feels like a chore; a shame considering the interesting things you can find as a result. This extends to some of the light puzzle-solving, where pushing and pulling objects, or fetching items, are slow and unexciting ways of interacting with what 11-11: Memories Retold has constructed. Although it is difficult to be overly critical of a game not always being “fun” when considering the grim subject matter, and how fascinating the story’s presentation is.

11-11: Memories Retold stars an extremely talented cast of voice actors, headlined by none other than Elijah Wood as Harry. Each character elicits strong emotion in their vocal performances, grounding the horrific WW1 backdrop in a sense of humanity, reinforcing that the war was not fought by hordes of nameless, faceless people, but by actual humans with hopes, dreams and fears. Adding to the genuine presentation, all of the German characters speak in their native Deutsch language, and various English accents are heard among members of the British Empire. Although, it is bizarre that Kurt’s narration is spoken in English, when he speaks Deutsch in-game. Additionally, 11-11: Memories Retold’s soundtrack is a marvel, mixing sweeping orchestral pieces with delicate piano melodies, and the militaristic moments punctuated by the signature sound of the bugle. The sounds of the London Philharmonia Orchestra score the game’s action beautifully.

Reaching the conclusion of 11-11: Memories Retold was a bittersweet moment, mainly because of the ending I received. In trying to do what I thought was best for both Harry and Kurt throughout the game, I was greeted with a finale that was no fairytale ending. I was gutted to see what befell of both men. I felt hollow. Sitting in quiet reflection long after the end credits rolled, I contemplated what could have been different. However, instead of trying for different endings or looking up YouTube playthroughs, I realised something. Among the handful of different endings in 11-11: Memories Retold, I felt mine embodied the harsh reality of war.

In war, there are no winners – only survivors.

Looking beyond moments of slow pacing and clunky controls, 11-11: Memories Retold tells a deeply touching human tale of war. Of one man seeking a grand adventure and heroism. Of another man attempting to reunite his fractured family. Of the many who lost their lives serving their respective countries.