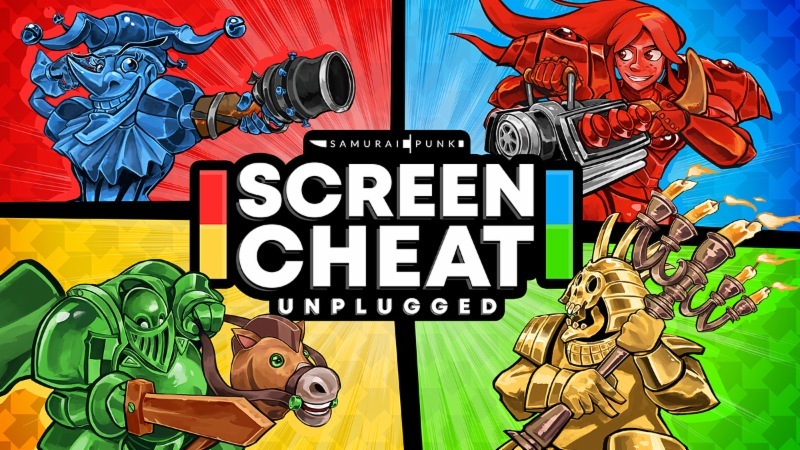 Screencheat: Unplugged Out On Switch Next Week

Melbourne based developer Samurai Punk have revealed that their unique split-screen shooter Screencheat will be releasing for the Nintendo Switch next week on November 29th in an upgraded form, Screencheat: Unplugged.

Originally launched in 2014, Screencheat put a spin on the traditional split-screen FPS experience by making all of the player characters invisible. Because players can’t see one another, their only option is to look at another players screen to discern their location – ‘Screencheat’ as it were. A long favoured tactic for dealing with opposition in the likes of Quake, Goldeneye and Halo, Screencheat takes this tactic a step further with colourful and memorable level design which ensures even new players stand a chance.

Screencheat: Unplugged features a host of improvements tailored to the Switch experience including upgraded visuals and designs better suited to the Switch screen along with new maps and a new soundtrack. Players can blast their way through a range of game modes featuring genre standards like Deathmatch along with more inventive modes like Murder Mystery which take advantage of the unique mechanics of Screencheat.

Screencheat: Unplugged will retail on the eShop for $17.99, with a 25% discount for those who pre-order before it’s release date next Thursday.