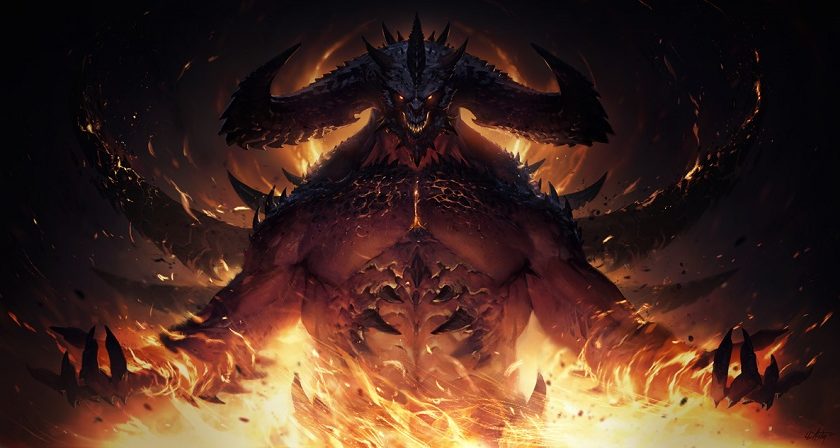 Diablo Immortal: Not the End of Days

In all the many years I’ve been a games writer – and I started back when Parker Lewis Can’t Lose was the epitome of coolness and Sabrina The Teenage Witch was a light-hearted comedy with a talking cat in it – I can’t ever recall hearing a game announcement from a major publisher being met with outright derision at their marquee showcase.

There’s a first time for everything, of course, and in my case, it was being in the audience at BlizzCon in Los Angeles earlier this month when Blizzard announced their newest Diablo game, Diablo Immortal – coming exclusively to mobile devices and not PCs.

To say people were not impressed would be an understatement – indeed, the fan reaction has already become legendary, with everything from booing, sarcastic questions, and even the dreaded pity clap forming the response – not to mention the white-hot rage fuelling some of the discussion in some less agreeable parts of the gaming internet.

I admit to being confused by the announcement – did Blizzard just use their marquee spot at one of the year’s biggest (and most PC-centric) gaming events to announce a mobile phone title??? – but while some of the fan community were looking for pitchforks and torches, I quietly slipped into the press room and did something outrageous: I played the game for myself.

Despite being on a mobile phone, the game was actually quite playable. It was obviously an early build, but it looked like a Diablo game, it played like a Diablo game, and it seemed rather fun from what I played of it. I played as the monk – looking very much like a Shaolin fighter and having some cool moves to match – and had a good time smiting the denizens of the underworld.

The game’s controls took advantage of the touchscreen nature of modern smartphones too – so for example, when I wanted to unleash a fireball I could select the spell icon then choose the direction I wanted it to go. It worked well and was an effective control method.

Further going against the “How very dare this game be a thing” narrative, I sat down with the Diablo Immortal’s lead designer Wyatt Cheng and senior producer Joseph Hsu to discuss the game and the reaction to it, and get some further insights into what Diablo Immortal was shaping up to be.

Mr Hsu said the fan reaction to the announcement was totally understandable.

“I think if people were expecting one thing, if they are really serious PC gamers and they don’t play mobile games at all, if I were in their shoes, I would feel the same way, because I was hoping for one thing and you gave me something that I wasn’t interested in,” he said.

Mr Hsu said it was good people were being sceptical about the game and said the reaction at BlizzCon had been quite positive once people actually played the game themselves.

“The response we’ve gotten here at BlizzCon has been very positive. People start sceptical, they play the demo, they get their hands on it, and they go ‘Oh, that was quite good. I’m looking forward to playing this on the train’,” he said.

Mr Cheng said he wished they could get everyone to play the demo for themselves and see if they liked the game.

The developers stressed that Diablo Immortal will be a fully-fledged game in its own right, complete with legendary items and MMO capabilities with at least four players able to be on-screen at once.

“Our goal is that Diablo Immortal’s legendary items will actually meaningfully change your skills to have new functionality. Customise your build the way that you want to play it.”

One area fans have been particularly concerned about is the possibility of microtransactions – a core feature of many mobile games – appearing in Diablo Immortal, and the development team have been upfront in acknowledging that element – or even if they will feature – hasn’t been figured out yet.

“Right now the team is very focused on making sure that the gameplay is done and is awesome as Diablo,” Mr Cheng said.

Addressing the non-PC nature of the game, the developers said it was worth noting the Diablo games have not all been PC exclusives; with the original game being ported to PlayStation in 1998 and both Diablo II and III also available on consoles.

“We brought Diablo to Xbox and PS4 and Xbox One and of course you mentioned Switch earlier (in the interview).

“For me, I just love getting Diablo onto a variety of platforms. We know that we can make, the technology is there to make an authentic Diablo experience on mobile and we went for it. Diablo (and) Blizzard has a long history of trying new things. You have to, in a creative industry, to be willing to try new things, evolve and experiment.”

There is currently no confirmed release date for Diablo Immortal and the developers have also stressed there are multiple Diablo games in development, but have stopped short of confirming Diablo IV – although Mr Hsu did say “for those who are hoping for something a bit different, I can say that the future of Diablo is burning bright”.

Royce Wilson attended BlizzCon as a guest of Blizzard