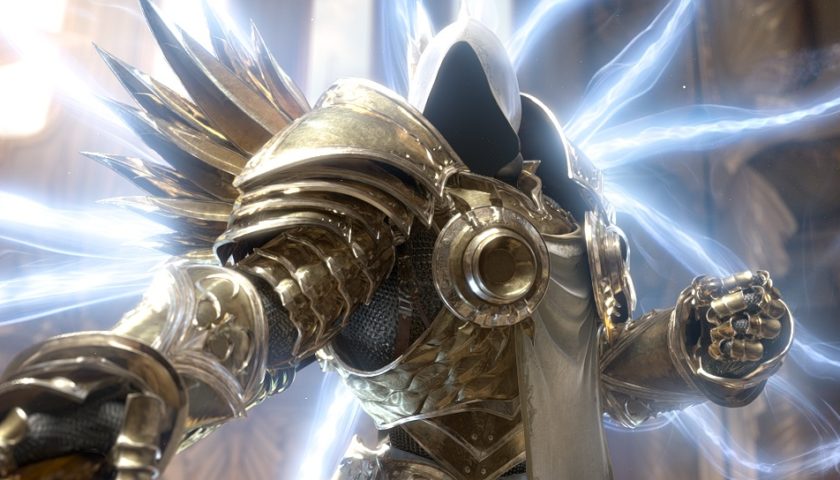 So far I have purchased Diablo III four times.

On my first foray into the infamous hack-and-slash isometric action RPG, I did not know what I was getting myself into. I plonked $30 into the Auction House to exchange for gold and my very own Horadric Hamburger and played through the random difficulties before Blizzard revamped the game and introduced the paragon point system. I was delighted when the game was released on the Playstation 3, and even more enthused when I was able to purchase the base game and expansion in one title for the Playstation 4. To date, Diablo III is the only platinum trophy that I have earned on my Playstation profile.

… the X-Box One purchase was just for vanity.

The Nintendo Switch version, titled Diablo III: Eternal Collection, is another amalgamation of the game and its additional content to date. It is also another notable release of a Blizzard title to a Nintendo console in order to benefit from a more “portable” experience (the last time Blizzard ported a game to Nintendo hardware was back in 2003 when they released Blackthorne, The Lost Vikings and Rock n’ Roll Racing on the Game Boy Advance). That is where this recent port has the most appeal, satisfying fans of the Diablo franchise and of the Nintendo Switch.

So what is the appeal? To put it simply, there is something delightfully satisfying about an isometric RPG that focuses on smacking a wide range of demons and monsters, gaining experience, and customising your character to your playstyle. While not as freeform as its 2000 predecessor in character customisation, Diablo III has enough pull to still be engaging. Its repetitiveness is mitigated by random dungeon/map creation, allowing for each playthrough to be that little bit different. The ability and runes do feel as if you are playing with a limited repertoire, and once you hit level 70 the procurement of additional points to bulk up certain statistics (called Paragon Points) still feels restrictive. Therefore, it is the acquisition of legendary items and set armour that is the biggest drawcard for creating a truly unique character.

The Switch release, including the base game, the Reaper of Souls expansion and the Necromancer DLC, doesn’t do anything particularly new with the game. You get a couple of Nintendo-exclusive item transmogrifications and a pet and portrait frame all inspired by The Legend of Zelda, and the ability to mess around with your amiibo collection to summon some champions, which make it fun for Nintendo fans. The interest is really in the portable modes and how quickly you can jump into the game to play with others. Playing in portable mode is quite a different experience that I enjoyed – it runs at a decent 720p and utilises graphics functionality on par with previous generation console releases. When docked, the image will not compare to a PC or current-gen console release (it is a touch below 1080p and a bit blurry), but is still a decent and stable port.

There are a couple of niggling detriments worth mentioning. I found myself frequently having to change the brightness and gamma levels on the console and within the game if I was taking my Switch out to a café or sometimes to a different room. The console also runs a bit warm, which is to be expected but still not entirely comfortable for play for a long time (not that the battery would last longer than about 3 hours with the game anyways!). None of this is game-breaking, but it is enough to test your comfort levels when playing in portable mode. Playing with others online requires a Nintendo Switch subscription, and seems to run as smoothly as playing in solo mode (with a little bit of slowdown in the larger Greater Rifts, which I would expect).

One major bonus for fans that was absent in earlier releases and ports is the ability to jump straight into the game’s Adventure Mode instead of playing through the story for the purpose of unlocking. This mode lets you go straight to each Act and complete five “mini-missions” in order to obtain a Horardric cache, full of materials and legendary items. Similarly, seasonal characters are also available without any additional unlocking. Of course, the five-act story is worth playing through once at some stage, but if you just want to create a character and jump right into playing with friends, you are ready to go.

Overall it is a great port with a couple of nice little additions for Nintendo fans and has some medium-term appeal for people who want to play in portable mode or with other Nintendo Switch owners. I wouldn’t trade in my current-gen versions of the game, but would definitely buy in order to have one of the best isometric action RPGs on Nintendo’s flagship console.