As perhaps the biggest and stupidest Pokemon fan in the world, I was super excited to get my hands on this title at Pax Aus. So stupid, in fact, that I tried to go through the wrong line to get there and had to be kindly escorted to the correct place by one of the show floor workers.

Once I actually found my way to the game I was handed one of the little Pokeball controllers. The white button acts as a thumbstick and a confirm, whereas a soft button hidden on the red top of the ball seems to be the cancel option. “Whether you get Eevee or Pikachu is random.” the woman demonstrating told me, looking apprehensively at my Eevee shirt, backpack, and soul all on display. We both bit our lips as the demo loaded. If I get Pikachu does that mean the universe hates me? Does Eevee hate me? Am I not truly the person I believe myself to be? Thoughts swirled in my head as to what it could all mean. I felt tense and I think this radiated from me as her eyes darted back and forth from the screen.

It loaded. A young girl with an Eevee was on screen. Everything is right in the world.

The demo was a walkthrough of Viridian forest, one of the first challenges a player faces in the original Pokemon games. Seeing the grass swaying in the wind rendered in 3D and Pokemon running around in and out of it made me smile fondly. There’s something just genuinely nice about seeing how far technology has come using one of your childhood favourite franchises.

Pokemon aren’t random encounters in this game. Instead, you can go up to their models to start a catch screen similar to Pokemon Go. I used the nobbly thumbstick button on the Pokeball controller to walk over to a Bellsprout and then caught it using a flicking upwards motion. It seemed very easy to get good throws with my first try resulting in an excellent throw, catching me this unwitting Pokemon.

I noticed some of the other Pokemon in the area were not confined to areas with grass. I asked the demonstrator what function the grass served now or if it was purely cosmetic. She conceded to not being 100% sure but said she thought Pokemon were generally more concentrated around grassy areas. It seemed logical enough, so I pressed on.

I wanted to get in my first trainer battle, so I headed along the path where I aggroed a Rattata which came straight for me. I hadn’t expected this and I’m not sure how I feel about it. It didn’t really seem like I could escape the Rattata at its speed, so I caught it too.

I’d rationalised the removal of random encounters as they could be quite tedious, once I first heard of this major change to this game. Bringing in aggro and the ability to draw a Pokemon’s attention does make sense but if all you can do is throw balls at them I’m not sure what the point is. In most games, these encounters are there to add danger. When there isn’t any it just seems like a useless hassle.

I’m also not personally fully sold on not battling wild Pokemon. I like the throwing the ball mechanic because as previously stated, I’m rather stupid. It plays into my fantasy of being a real trainer and I can see a lot of kids getting a big kick out of it. I still missed trying to get a Pokemon down to the perfect amount of health before the opportunity for a catch but maybe I’ll appreciate the streamlining further into the game.

Eventually, after skipping past a few more wild Pokemon I met a trainer. Just like in the orginal games once her eyes were on me it was battle time. She walked over and spouted the usual lines and then Eevee and I were ready to absolutely destroy her.

To accommodate the single-handed controls the battle menu has moved to a vertical system where you scroll up and down to access the various options. In this demo, all I could really do was fight and my Eevee knew a new move that was apparently based on our bond so obviously I chose that one.

The animations were fairly simple and nothing felt that impressive. Again seeing them rendered in 3D is always going to be kind of amazing but the move animations didn’t seem unique. When I chose ‘Tail Wag’ as a move Eevee’s whole model turned and moved rather than just the tail. It suggested that every model would do the same thing for this move which was a little disappointing though I understand that animating every Pokemon would have been a ridiculous fete.

I noticed that overall battling felt much like it always has. While I understood the vertical menu I wasn’t the biggest fan of it overall. Sometimes I would accidentally scroll too far and choose the wrong thing. I think I prefer more precision in a game that is as repetitive as Pokemon but maybe with more use my skill level at mastering these controls would increase. I do still enjoy the prospect of eating a burrito in one hand without having to pause my play and that will probably win out in the end.

After more of the same experiences the demo ended. There wasn’t any opportunity to look into lots of the other new interesting facets of Pokemon Let’s Go like riding Pokemon, dressing them up, or even just seeing a proper town or gym battle.

Catching and battling are certainly large aspects of the game but I don’t know if I really got the full feel for how either worked. All the catchable Pokemon were easy and I didn’t have any items to try. I am curious to know how this will work in a high steaks legendary encounter – if it’s anything like Raid battles in Pokemon go, based on my track record I am arguably screwed.

Battles do seem much the same. I don’t think there’s been too much change to the typical core gameplay but I want to know more about levelling up and whether or not there will be more challenge as we go forward. 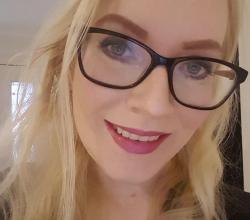