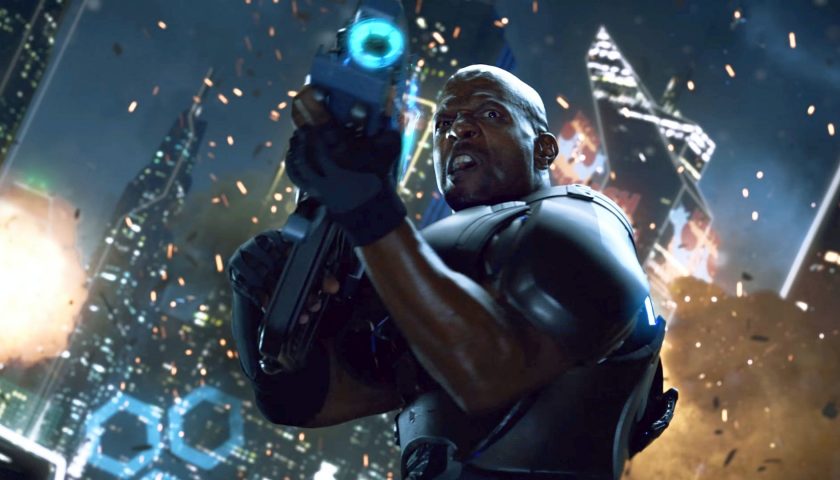 Yesterday, I wrote about Crackdown 3’s single-player component, which appears to be an entertaining, if a little derivative affair. But now I am here to talk about the multiplayer and if the campaign section of Crackdown 3 lacks fresh ideas, then let me tell you that is more than made up for when you want to get down and dirty with some other agents in the Crackdown’s Wrecking Zone.

Firstly let me tell you, this is like nothing I have ever played before in a multiplayer space. Aiming is not important, at all. This is a game that locks on to enemies automatically. So where is the skill I hear you ask? Well, the skill comes from breaking the lock, while maintaining yours. You will always know when an enemy is locked on to you, thanks to a whopping big red line that shows up, there is no hiding or sniping here. So this means movement becomes key. Airdashes, mixed with triple jumps, broken up by smashing through windows, that’s the key to breaking lock. It is a game that really focuses on how you traverse the environment. Staying in one spot trying to get the perfect shot is a fast way to get yourself killed.

The other big kicker with the multiplayer is that every single building is destructible. Microsoft has been spouting off about the Azure servers for years, saying they will change the way gaming is approached. This is the first evidence of that vision. All of the physics calculations are handled in the cloud, meaning there is no performance difference (apart from 4k resolutions on the One X and PC) between the different versions of the Xbox One and the PC. All those processor heavy things are offloaded from your console meaning that no matter how many things are collapsing, exploding or disintegrating, there is no slowdown at all. Microsoft also promises that as long as your internet connection is good enough to play multiplayer, it is good enough to use this technology, which is a nice thing to hear in this country of dodgy net connections.

Now, this destructibility brings with it a host of tactical changes to maps. Enemies on a bridge? Well, destroy the bridge. Your opponent on the other side of a wall? Just crash on through. A building proving an inconvenient hiding spot for your opposition? Well, a few rockets later and no more building. It is a feature that is so satisfying in its implementation, I fell in love. I clicked so well in fact that in a room full of 9 other gaming journo’s, I was the MVP 2 out of 3 matches. This mode is very much my bag.

I only got to spend time with one map in this mode, but I instantly felt at home with this multiplayer style. It is something fresh, something new and I can see myself getting lost in it quite easily. I have no idea if there is progressive unlocks or some sort of skill tree to work towards as that wasn’t on show, but from what I saw, I don’t think the game needs it. This is pure multiplayer bliss, the likes of which I haven’t seen before and if Microsoft can follow through on the promise they have shown me then this could be the biggest multiplayer hit on the Xbox since Halo and Gears.

In all, my time with both the single-player and multiplayer components of Crackdown 3 helped ease my concerns. I was worried, like many of you, that a game this long in development would come out and be a sub-par experience. But thankfully my playtime indicates that is not the case. Stay tuned tomorrow for my interview with Jorg Jensen and Joseph Staten, two of Crackdown 3’s leads.