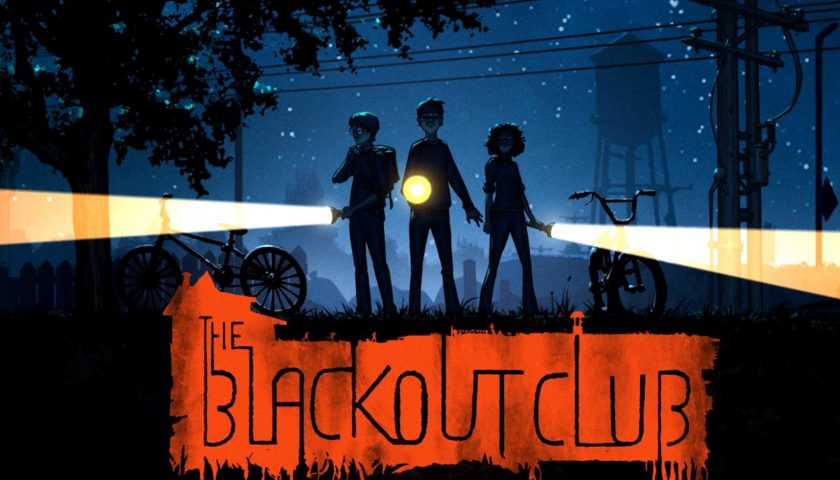 The Blackout Club – Horror With Friends

Over the last few years, there’s been a trend in the realm of entertainment that has taken hold of movies, TV shows and now video games. That trend is pitting kids against big scary supernatural enemies and hoping that they make it through to the end of the story. They did it with It, they did it with Stranger Things, they did it with Super 8 and now it’s being done with The Blackout Club. However just because the trope has been done, doesn’t mean this game is tried and boring by any means.

The Blackout Club follows the story of a bunch of kids who keep waking up with injuries and no memories of how they happened. And what’s even more strange is the unnerving network of tunnels under your sleepy little town. And what’s within these creepy tunnels? Nothing good, lemme tell you.

Your aim within this game is to venture into this terrifying underground world, find your missing friend and gather evidence of the evil goings-on so people will believe you. Many parts of the world are randomly generated every time you enter, and with so many ways to overcome obstacles and enemies, the gameplay really varies depending on how you want to attack a situation.

The Blackout Club is a drop in drop out co-op horror done well… to a point. My first experience with the game was as a single player, venturing through the prologue. This serves as your tutorial for the game and its various mechanics, and this was where I really got sucked in. The way this game does drawn-out tension horror is incredible. Part of what makes it so terrifying is that the enemies you come across just…walk. One, in particular, called The Shape, will simply spend matches slowly walking towards you (think It Follows if you want a reference point) and this was the scariest thing ever. Also, just as an added bonus, you can only see The Shape if you close your eyes. So do you take the risk of the enemies you can see finding you, or close your eyes and try to escape the invisible horror? Let me tell you, it’s not an easy decision to make.

However, once the prologue finished up, I played through a bunch of co-op missions. These are all fairly straight forward, and utilise all the mechanics you’re taught in the tutorial. It’s a good time with a good group of people, but what it isn’t, is scary. Once you bring three other people into these matches with you, the horror element of the game stops being prevalent, and The Blackout Club turns more into a sneaky adventure game where you try and avoid the bad guys. Even though The Shape and its scary, invisible presence continues to hunt you in these modes, it’s a lot easier to laugh it off when there are 3 people chatting in your ear. It’s still an enjoyable experience, but it definitely loses that fantastic yet horrifying tension they created in the prologue.

The title is still in early access, and the developers have been pretty great with updates. One of the most recent update; The Enhanced Horror update, added a feature into the game where it could record your vocalisations and breathing, for a “truly immersive horror experience”. It doesn’t affect voice chat, and the AI in the game can’t hear you (which is good because their mechanic is based on sound) but it allows for the game to figure out when you’re freaked out and generate events based on that. As someone who is generally very soft spoken and quiet…. Yeah ok, I can’t finish that blatant lie, but either way, it’s a pretty neat feature. I wonder how many hours of scared obscenities this feature has collected already, because I know it got a lot from me!

As you go through the game you accumulate experience points, which level you up, and as you level up you get access to a range of powers which can help you through all the different game modes. The higher your level, the more game modes you’re able to play through. The most recent update I mentioned above also added a new maze area and mission, keeping the content fresh and enjoyable for its player base.

The Blackout Club is still in early access, and with the regularity of updates and new additions, I have all expectations that this title is going to end up awesome. It hit the ground running and hasn’t stopped since launch. Though a lot of the horror aspect gets lost in multiplayer, the game offers a different experience every time you play, keeping it fresh and interesting every single time.