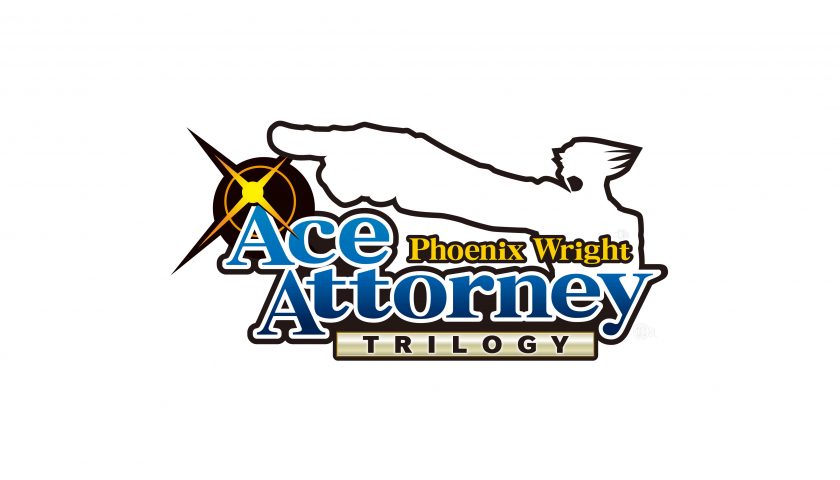 While years and console generations have passed by, one thing has remained a constant: the Ace Attorney series are utterly charming visual novels packed with killer mysteries to solve.

For the uninitiated, the first three Ace Attorney games star spiky-haired defence lawyer Phoenix Wright in a part-visual novel, part-point-and-click-adventure experience. The aim? Get a “not guilty” verdict for your clients in a series of complex and wildly entertaining court cases. Each game in the trilogy is comprised of several cases presented as self-contained chapters, along with an overarching narrative simmering beneath the surface. Getting through each game will take you a while, so there’s plenty of legal action for your buck.

The Ace Attorney Trilogy features two main gameplay sections; investigating crime scenes while interviewing witnesses, and defending your client in the pressure cooker courtroom.  Throughout both sections, much of your time will be spent reading dialogue interspersed with brief interactive sections, where you’re tasked with examining evidence or debunking dubious testimonies.

Outside the courtroom, in the dapper blue suit of Phoenix, you have the freedom to move between different locations via a menu to gather clues to uncover the truth. One aspect of the Ace Attorney Trilogy that hasn’t aged particularly well is how cumbersome it is to move between locations. As it stands, to access some areas, you need to already be directly adjacent to where you want to go. Ideally, it would be nice if you could open a map or access the full list of available locations to move directly to them. While not a massive issue, it does make traversing clunky and it’s easy to forget some locations exist, as they don’t appear on the menu if you’re not already nearby.

Once you get where you need to be, Investigating locations is a simple matter of using the control stick to move a magnifying glass icon which will change colour if you can interact with something of interest. If it’s pertaining to the case, an entry will be added to your evidence file, otherwise, you’ll likely witness an entertaining interaction between characters discussing topics sometimes totally unrelated to the case. It’s a worry how little regard some of the characters show towards active crime scenes! Particularly Phoenix’s regular sidekick, the carefree spirit medium Maya, who often wants to swipe souvenirs from celebrity defendants. While racking up evidence and building your case, you’ll learn more about the criminal events that occurred from characters at the scene. Usually, characters won’t discuss the full details unless you present relevant evidence to jog their memory or prove they’re withholding information.

Once everything is discovered from your investigative efforts, the game will progress to the next day, where the courtroom battle takes place against the outrageous cast of prosecutors. Although the structure of the court-based sections does change slightly at times for narrative reasons, you’ll generally cross-examine witness testimonies, either pressing them for further details or presenting evidence to prove contradictions. This cycle continues until either a verdict is reached, or the absent-minded yet well-intentioned judge orders an extra day of court following more investigation. These courtroom sections are where the Ace Attorney Trilogy shine and the bulk of the twist-filled story takes place. It’s satisfying to successfully pick holes in characters’ flimsy arguments, as the catchy music ramps up in tension while the highly-expressive character models show increasing signs of stress. Many of the cases dish out foreshadowing by the bucketload, creating regular moments of gratifying payoff as the story unfolds. Sometimes, the true culprit is revealed in the case’s opening sequence, which flips your thinking from “whodunnit” to “how and why are they involved?”, keeping the approach to cases fresh and unique.

However, some of the courtroom proceedings cause some frustration along the way. In some scenarios, your logic or perceived “real-world” logic doesn’t quite match up with the game’s logic. For example, I couldn’t progress in one case for a while because the evidence I presented was deemed incorrect, despite there being an obvious connection to the witness’ testimony. Annoyingly, I soon discovered that I needed to present something else first to then create an opportunity for the original evidence I had in mind. This type of roadblock happens occasionally, where you’ll present evidence, certain of its relevance, only to discover that the game requires something else first, or that you’ve been presenting the relevant evidence to the incorrect witness statement. Sometimes, this feels like semantics obstructing progress, but it doesn’t occur often enough to be frustrating.

Similar issues do arise during investigative sections, too, where a character or scripted interaction won’t appear unless very specific parameters are met. This often culminates in randomly moving between locations and double-examining every pixel in the hope that you trigger the next scenario. Oddly enough, I encountered these problems more frequently in Justice for All, the second of the trilogy, more than the other two games. Perhaps others have had similar experiences, or maybe my logic and deduction skills didn’t match up with those particular cases.

Along with the fresh HD coat of paint, all of the Ace Attorney Trilogy’s art has been updated, which took a while to warm to. Most noticeably, the characters look much smoother than their original appearances on the Nintendo DS games – or GameBoy Advance if you played the original Japanese versions. Initially, it looked as though Phoenix and friends had been magazine airbrushed to buggery, smoothing out all of those jagged pixels. After a while, I took a shine to their new, slick look, recognising that the smoother lines and more even lighting didn’t take anything away from the characters’ adorable personality quirks. Arguably, series first-timers will likely be more shocked when they see the difference between the 2D games and the 3D stylings favoured by the latest entries!

Overall, the original Ace Attorney Trilogy has held up incredibly well. Filled with plenty of localised English jokes, the series’ writing is witty and charming while featuring a densely-layered cast of characters. Even having played each of the games before, I still found many of the cases to be tense and engaging courtroom dramas. I also had plenty of fun uncovering small details in the mysteries I had long forgotten. Despite remembering one particular case’s conclusion very early on, I was still floored by the scandalous twists leading to the ending.

I would easily recommend the Ace Attorney Trilogy on your platform of choice, but playing on the Nintendo Switch is by far the ultimate version, as its portability is a treat for such a text-heavy game. If you’ve never acquainted yourself with Phoenix Wright, or are eager for an excuse to replay the first three games, now is the perfect time to yell “Objection!” at the top of your lungs.