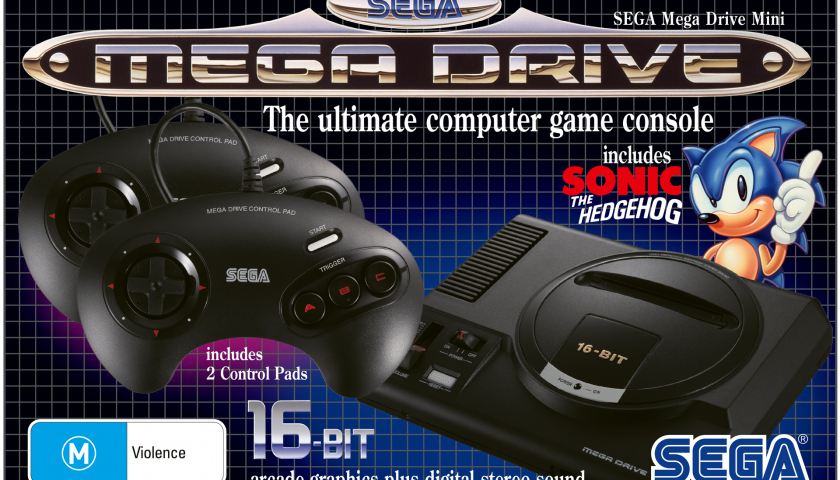 Sega has joined the mini console race alongside both Nintendo and Playstation with the announcement of the Sega Mega Drive Mini, a plug and play system loaded with 40 classic Mega Drive titles.

More will be revealed later but the list currently includes:

According to reports the system will include the replica console, two USB controllers, one USB to Micro-B power cable, one HDMI cable, and a power adapter.

The Sega Mega Drive Mini will launch on September 19th