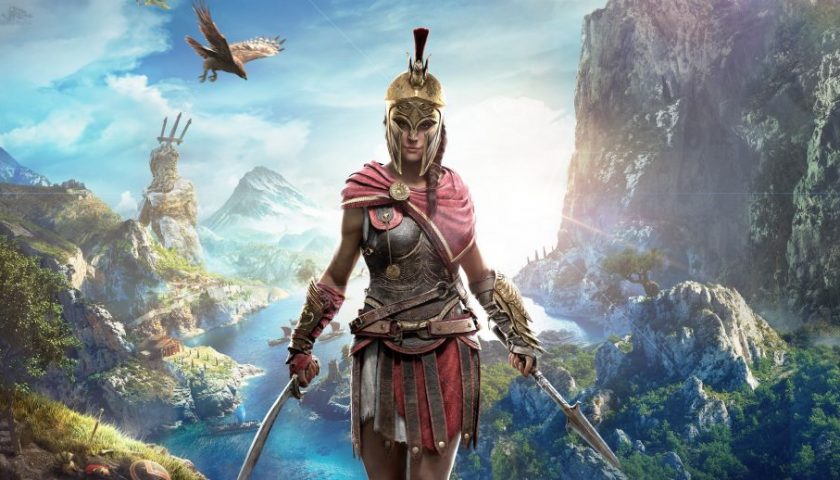 Cynicism or Excitement? The Best Approach to Hype

So this morning, in Aus time, we got to see the first trailer for a new Terminator movie. James Cameron is back (if only in the production chair.) The real Sarah Conner, aka the amazing Linda Hamilton, is back (and still looking like the toughest, most badass person on the planet) and it showed off some amazing action set pieces. I am excited. But heading over to social media it seems that most aren’t. This is, of course, understandable. The last few movies in the franchise have been less than stellar so it is easy to approach a new entry with deep doubts.

This is something I see in video games all the time. The cynicism that is associated with long-running franchises can be a force of nature, especially in games that come from the big AAA publishers like EA and Ubisoft. Which is totally understandable, after all, many of these franchises are on a yearly release schedule so it is not hard to look at each new release as nothing more than a continued cash grab from massive entertainment companies thinking only about their bottom line and not about the end-product consumer. Game after game from the same series hits our consoles and PCs year after year, draining our desire for more. But I worry that this constant state of distrust we are finding ourselves in is ruining the way we look at games, the way we feel about our favourite pass time.

Let me use Assassin’s Creed as an example. Now, this is a franchise that has been pumping out games pretty much every year since the first title (with a few years off here and there). I have played every title in the franchise, some for a little before I lost interest (3 and Unity) some for quite some time but not religiously (Rouge, Origins) and some I had to mainline until I finished (Syndicate, Odyssey, 2). The thing is, even though I have pretty much enjoyed all of the titles in the franchise at some level, I feel like it is almost impossible to get excited about a new entry. This was evident when I couldn’t even be bothered to play Odyessy until it had been out for 3 or 4 months, even though I had a copy sitting at home. This, was just plain stupid because once I finally sat down to it, it quickly became my favourite game in the franchise and at this point, I have put about 70 hours into it without even touching the DLC (which is apparently quite good). My apathy towards the yearly release cycle delayed one of my favourite experiences in gaming in recent memory. I can’t help but wonder if I have missed great games entirely because of this attitude. Was the most recent Call of Duty game sensational? Did FIFA 2019 change the way sports games are forever made? Was Battlefield V the revolution that FPS games have been looking for? I can’t tell you because I skipped all of these titles with the attitude of “it’s just another… how good can it be?”

But then we flip the coin and the reverse attitude can be just as problematic. Falling too far into the hype cycle can lead to bitter disappointment and regret, two emotions that I am sure most of us find unpleasant. One personal experience I can share relates to Mafia 3. Before that game came out I had that pencilled in as a personal game of the year. The setting, the soundtrack, the story it had all the things that should have made it shine for me. I even lashed out for the (still) very cool collectors edition that came with vinyl copies of the soundtrack and other cool paraphernalia. But sadly, when it released with a litany of bugs and a repetitive gameplay cycle I was crushed. This was going to be my next great adventure, not my next big regret. My hype carried me to about the 5-6 hour mark before I put the game down, deeply unsatisfied. Since then, however, I have gone back to Mafia 3 and while it is not the perfect game I wanted, there is still a lot of fun to be had and some truly interesting gameplay mechanics and story beats. But I couldn’t see that at the time because my over inflated-hype meter wouldn’t let me see past the realisation that this wasn’t the game that I had hoped for.

So where does it leave us? What side of the coin is the better side? Well, as with most things, somewhere in the middle is probably the best place to be. A touch of excitement tempered by a dash of healthy cynicism would be the ideal way to approach these things. But in the real world, I don’t think that is always possible. I think for me I prefer the optimistic view. I like to assume the game is great until it proves otherwise. Sure I may get disappointed at times but I hopefully won’t miss any wonderful experiences because of a jaded view on the commercial realities and release schedule of AAA gaming.

So I ask you all, especially in the lead up to E3 and the flood of announcements, trailers and news that comes as a result to perhaps just examine your reactions. Are you overly excited or deeply distrusting? Is your first reaction to jump with joy or scowl and worry? Take a look at your first response and decide if that is the best fit for you and examine if it is ruining your enjoyment of your hobby. After all, gaming should be about having fun and if your attitude is impeding that, it is kind of defeating the entire purpose of picking up a controller in the first place wouldn’t you say?