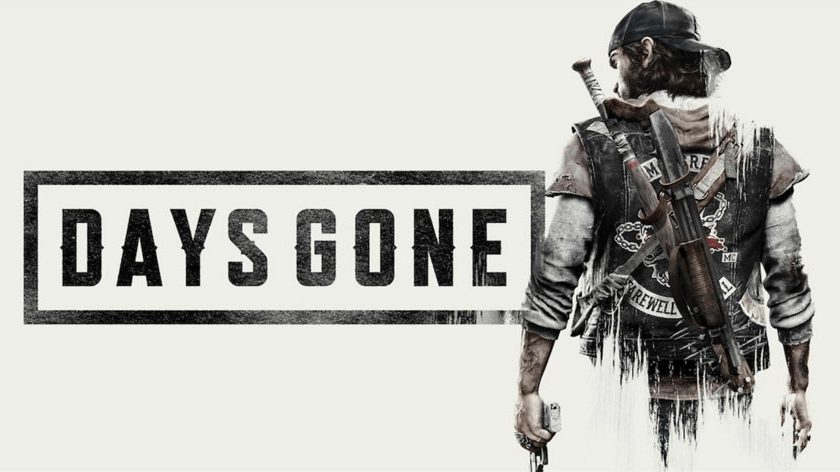 In the weeks since launch, Days Gone has had a mixed reception from journalists and gamers alike, beset by technical issues and criticisms around the repetitive nature of its gameplay. As the first original IP from Sony first-party developer Bend Studio in two decades, Days Gone has had an even tougher go of things following in the footsteps of both God of War and Spider-Man, two of the most successful PS4 exclusive releases of all time. Now that a number of patches have been released and much of the dust has settled, Player2 thought it the perfect opportunity to discuss our thoughts on Days Gone and whether the series should become a PlayStation mainstay.

Stephen del Prado: Alright Paul, I think we’ve both spent enough time with Days Gone at this point to share our thoughts and address some of the criticism the game has received. Firstly, without a doubt there are issues in terms of pacing; many of the story sequences feel like they were at one point playable rather than a non-interactive cutscene. There are just too many awkward cuts or fades to black to convince me otherwise. I feel like a Behind The Scenes look at Days Gone would be absolutely fascinating given how protracted the development process was. However, I keep finding myself drawn back to the world Bend Studio has created here and will continue to put hours into it. How are you finding it?

Paul James: Overall, I’m really enjoying my time with the game. No doubt, it has it’s issues, most of them are fairly comprehensively documented at this point. Until the real world interruption of moving house took over my life I was sinking in a few hours nightly because I was finding a real attraction to the world of Days Gone. Pacing is a significant issue, no matter your play style, and the way missions are doled out slows any momentum you’re building even further. The concern is further exacerbated by the fact that some missions are nothing more than heading to a point, being told where to go, then getting the XP bar and mission complete screen. How is that trek through hordes of Freakers worth it?

For as high as Days Gone’s highs can get, the lows are incredibly low, and Days Gone often makes me feel as though Bend doesn’t respect my time. Did you have any experiences that left you feeling the same way?

Stephen: Absolutely, and I think that’s a symptom of some design flaws exacerbating the pacing issues. While the gameplay loops in Days Gone are engaging in bursts, many of them start to wear out their welcome and become detrimental to enjoyment well before the game is over. Skills are slowly drip-fed, presumably to stop players steamrolling through early areas and as you’ve said, some missions feel like needless filler to justify more jaunts across the open world. Furthermore, as a heavily advertised feature pre-release, Hordes can be tackled as soon as you run across them but tracking their numbers isn’t an option until well into proceedings which is a bit frustrating. I also have a strong feeling that the shift to cutscenes from presumably once playable sections I mentioned earlier was a last ditch effort to get the overall running time down. Too much of anything is bad for you, and I think Days Gone would be improved by trimming a lot of its length for a tighter experience.

Honestly, I think playing Days Gone piecemeal the way we have is doing the game a favour. Any open-world title with extremely repetitive elements – think Mafia III, Mad Max, etc – benefits hugely from this approach in my opinion. I can’t imagine sinking 30-40 hours into Days Gone in an extremely short period as some reviewers were required to do would flatter the game at all. I’m reminded somewhat of Watch Dogs or Assassin’s Creed in that Days Gone is an enjoyable game with some flaws that absolutely could be addressed in a sequel. What changes would you like to see if Bend is given the chance for round two?

Paul: You’re 100% right about the reviewing conditions. Days Gone is not a game to be binged. Tackling the game in smaller bursts is certainly going to enhance your opinion of it, and so I can only wonder what the wider critical reception might have been had they experienced the game in the same (or similar) conditions to what we are now. As you mention, there are flaws, some design related, which we’ve already spoken to, but others are technical, many of which I can attest to as someone who had played the game for a period prior to launch but has largely played post the Day-1 patch, so many issues were gone by the time the mass consumer base had access to the game.

I wholeheartedly believe that Days Gone has the ability to pull a Watch Dogs or Assassin’s Creed here, the foundations are incredibly solid due in large part to a really intriguing world that facilitates the telling of stories from throughout Oregon but also many different locations throughout America or the World. I really want to learn more about this Freaker infestation, I want to see how and where it originates, how it spread, and how it impacted other regions. The foundations are rock solid with plenty of room for growth. Similarly to what Ubisoft achieved with Assassin’s Creed II, a Days Gone successor won’t need to do that much to fix what was broken. There’s some UI tweaks that can be made, mission structure flaws and poor loading times can be worked on, but overall, the core idea is really strong and should make a sequel quite feasible. Here’s hoping Sony gives Bend the opportunity to develop a follow-up.

What would you like to see from a potential sequel?

Stephen: I’d like to see a shorter, faster-paced game overall which builds on top of the base here. Perhaps something akin to what Rocksteady did with Arkham City, where rather than stripping players of abilities from the previous game, they instead see how far they can push their systems while refining the rougher elements such as some of the more dubious missions and awkward pacing. I also think a ‘Psychopaths’ system like that found in Dead Rising would be a great addition and allow for more unique encounters compared to the current human opposition who are fairly generic.

With the upcoming Survival Mode difficulty, I’m interested to see what effects that has in upping the stakes somewhat. I wonder if Bend couldn’t ramp up or introduce mechanics that are essential to that type of experience, like frequent refuelling of the bike, collecting meat, getting enough sleep, etc. while toning down their presence in the lower difficulties. Having just finished Sekiro, I feel pretty confident in saying that these parts of Days Gone add to the overall playtime more than they add to difficulty as the current modes are not overly tough and easily exploited with the right skills.

From my time spent thus far, I feel fairly comfortable with the scores Days Gone has received from most outlets. I think some players estimation of what a 7 – 7.5 is might differ from mine though, as I see that score as fairly admirable and have enjoyed many titles which fell within that range. Sales are looking positive, especially in regions like Japan so I wouldn’t be surprised if Bend is given another shot before Sony shifts them on to another project.

What about you Paul, any requests for the sequel and final thoughts?

Paul: I’m certainly a fan of your ‘Psychopaths’ idea, the first thought that flashed to my mind at that point was the Shadow of Mordor/War Nemesis system where higher-profile foes seemingly randomly roamed Mordor stirring up problems for you. I could see a more mindless version (in terms of the enemies themselves) playing out here, certain Freakers could be notorious and when they enter a location should spark fear in the player and perhaps even other NPCs in the region.

The initial success of Days Gone in terms of sales fills my heart, I was especially worried for Bend with Sony’s recent propensity to close “lesser” studios. Bend certainly looked like a prime candidate for this next swing of the axe, but while the game perhaps didn’t review as Sony may have hoped, the way it has resonated with us and many more players bodes well for both the futures of Bend Studio and the Days Gone IP. Here’s hoping it gets a second chance in the coming years.