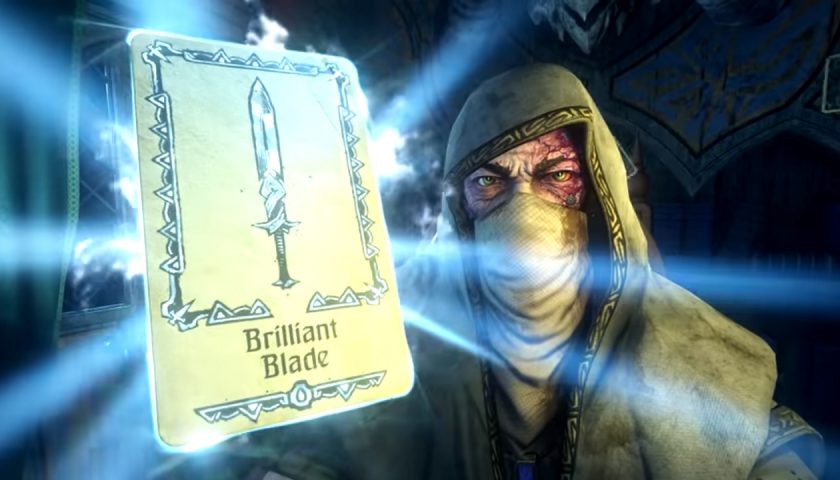 A Sad Day For The Defiant – Player 2 Remembers Defiant Development

I sit here, staring into space wondering where to start. My time in the Australian Games Industry has now reached about 12 years and during that time I have seen the closures and shutdowns of some of Australia’s most well-known development studios. It is always a sad day when news breaks of something like this occurring, another blow to an industry that seems to be on constant war footing with this country’s government and their complete apathy towards it. But yesterday’s news of Defiant Development shutting its doors, in my mind, hurt more than all of them and it is hard to explain why.

It may be because I knew many of the staff on a more personal level. Having chatted to both Morgan and Kim at various events over the years, I knew first hand about their dedication, expertise and pure love for development. I have been constantly annoying Lee on twitter for what seems like an age, trying (without success I might add) to convince him that a David Hasselhoff Hand of Fate expansion called Hoff of Fate is a good idea. Alayna, another Defiant employee is someone I admire deeply and have known for years, her dedication to improving the industry is second to none and you will not meet a more passionate, kind and caring person in gaming anywhere.

It may also be because Defiant created games that were unique, titles that fit into the Australian indie development culture yet had the polish of a triple-A game. Hand of Fate 1&2 were games that stretched boundaries, pushed the imagination and created their own genres. These were titles that forced players to look at gaming in a new way, approach the experience of play differently and challenged the sometimes rigid genre structures we often see. Was it a CCG? An RPG? An Action title? No, Hand of Fate was simply a Defiant game and that was the only way to logically label it.

Possibly it is because the entire team at Defiant were simply good people. Whenever we ran a charity event, Defiant reached out with the offer of codes for prizes and signal boosting on social media. People just starting out in the industry would often receive tweets of advice or guidance from a Defiant developer. Sure they were in it to make games that sold well, but that didn’t stop the team from reaching out and helping others achieve their dreams of doing the same. This is something that I have always admired and will perhaps be the thing most missed by the local industry as a whole.

Whatever the reason, I am sad. I am sitting here trying to imagine the Australian games space without one of its pillars and it is almost impossible to do, yet that is the reality we face. I implore you if you are reading this and have never played a Defiant game to change that as soon as possible. Grab Hand of Fate 2, it is on every system known to man, and experience something that we will sadly never see again. I guess all I can hope for is that these wonderful developers and amazing minds aren’t lost to the industry forever and they all land on their feet with someone who recognises what exceptional talents and skillsets they possess.

I reviewed Hand of Fate for another publication back in 2015, and though the game itself didn’t quite take hold with me, there was enough there that I threw this tiny line in because aside from the presence of the people involved, there was enough happening that I could tell something special was there.

If you ultimately decide not to get the game, continue watching Defiant Development. There’s potential there with Hand of Fate, and while it may sound as though I’m being contrarian (promise I’m not), they’re Defiant-ly on the right track.

The sequel took what made the original game interesting and fricking ran with it, delivering something complex and stunning, but I’ve got no review to borrow words from.

Yet there’s more to Defiant than the end product of their development activity. They were an Australian game studio, independent and doing their own thing. They were an inspiration to so many local game devs that could start to believe that maybe things could work out because it wasn’t about one shot at getting it right, but that you could have the chance to learn and grow. It wasn’t a jaunt or a race, but just a way of being. They were both advocates for the game industry, but also examples of what it could be like here in spite of an unsupportive federal government, and now we’ve lost that.

Maybe we’ve only lost them as a symbol, but the people will still be somewhere. They have had some extraordinarily kind and skilled people, and I’ve enjoyed interacting with some of them. Any day you had a tweet from Lee was always a little brighter, especially that whole 2 Hands 2 Fate thread. Alayna is also one of my favourite people who I first met when I was starting the game writer thing myself, and there is so much momentum and heart in her, that the whole world should know better than to stand in her way. On a less personal level, I don’t know Morgan, but his insights and energy have always been a thing to take note of – you don’t let his words pass by and that won’t change.

Defiant Development is closing and it breaks my heart. This is not okay.