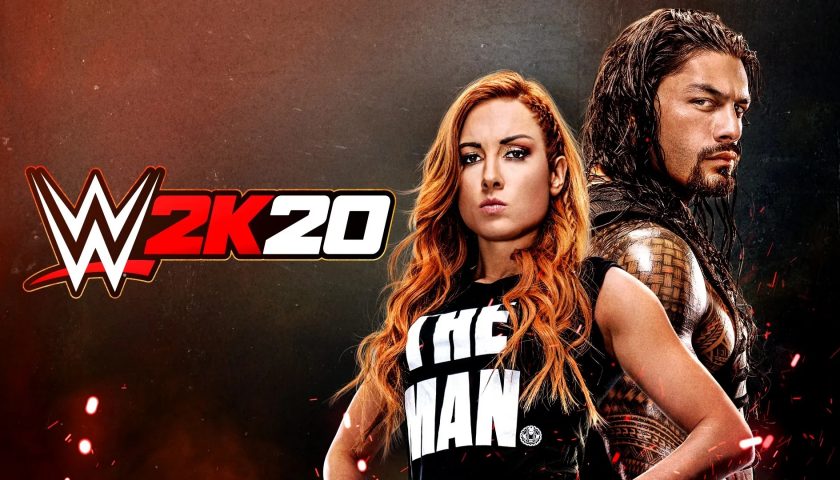 My son walked in on me playing WWE 2K20 and the first thing he says is “DEAR GOD WHAT IS THAT?” This is a 14-year-old boy who has adored the last few WWE games, loves a bit of grappling action and basically has a much higher tolerance for shit games then I do. Hell, he plays Fortnite daily (I kid… be calm). But he immediately knew that WWE 2K20 was an absolute disaster from less than 60 seconds of observation. Do you know what? In the following 6 or so hours I forced myself to play this trainwreck of a game, nothing and I mean nothing I have seen has challenged his initial assessment. This, ladies and gentlemen is easily the worst AAA title of the year and honestly it is the worst game I have played this generation.

I have never ever seen a game get so much wrong. Let’s start with the graphics. I am sure you have all seen the abysmal gifs floating around the internet regarding this game. I can tell you these aren’t freak occurrences, these sort of things happen every match. Getting caught in the ring, random movements, stuck on a ladder or morphing into some crazy faceless demon. Honestly, these animation problems make the famous glitches from Assassin’s Creed Unity look like works of art. But it isn’t only the animations that have problems, the whole game looks like it was made as a very early Xbox 360 game. The wrestlers bear only a passing resemblance to their real-life counterparts and even then only if you have been drinking steadily for 6 hours. Becky Lynch, the biggest wrestler in the world right now, looks like something my 10-year-old drew in class.

Gameplay is just as abysmal my friends. Grappling is unsatisfying, punching lacks impact and quite often the punches don’t connect even though my eyes tell me otherwise. Movement is sluggish and unresponsive and let’s not get started on how painful using objects or climbing the ring is. Last year WWE 2K19 made some nice changes to the in-ring action that were welcomed by many, including myself. It was by no means a great game, but it showed life, showed the chance for improvement. This year’s title has thrown all of that in the bin and taken the franchise back to the stone ages. There is nothing satisfying at all about the in-ring action and when command inputs can’t be trusted most of the time it is simply an exercise in frustration. Did I mention the load times? I am pretty sure I could mow my front lawn in the time it takes to load each match.

No matter how bad these games have gotten there has always been a shining light in the character creation sections of the title, but even that has been hamstrung this year. The aforementioned graphical problems have only made character creation some sort of nightmare creation tool and the fact that a lot of the creation options have to be unlocked by playing this god awful game and using a horrible loot box system is essentially the final nail in the coffin.

The fact of the matter is there is no way that 2K wanted to release this title as it is. Longtime developer Yukes left early in this title’s development and 2K had to scramble. The only reason this game got released is because Vince and his corporate pals can’t see past their own wallets and have to have a game come out each year, regardless of the damage it does to the brand. There is no developer on the planet that releases a game like this unless they are forced too and you just know it was the WWE that did the forcing. Well Vince, let me tell you this, if you think this is best for business then it is time for your cranky old ass to waddle off to the retirement home.

WWE 2K20 is an abject failure of a game. It is significantly worse than any WWE game in memory, and that is saying something. There isn’t a single redeeming feature in the game and it should be avoided at all costs. There is nothing here to even give a little hope, short of rebuilding the entire game patches aren’t enough. This title needs to be put out of its misery and buried in a desert alongside all of those ET cartridges from the 80’s. If this doesn’t show the WWE and 2k that 12 months isn’t enough for a new game to be great then nothing will and they deserve every piece of negative press they get.

WWE 2K20 was reviewed on the Xbox One, with code kindly supplied by 2K Australia