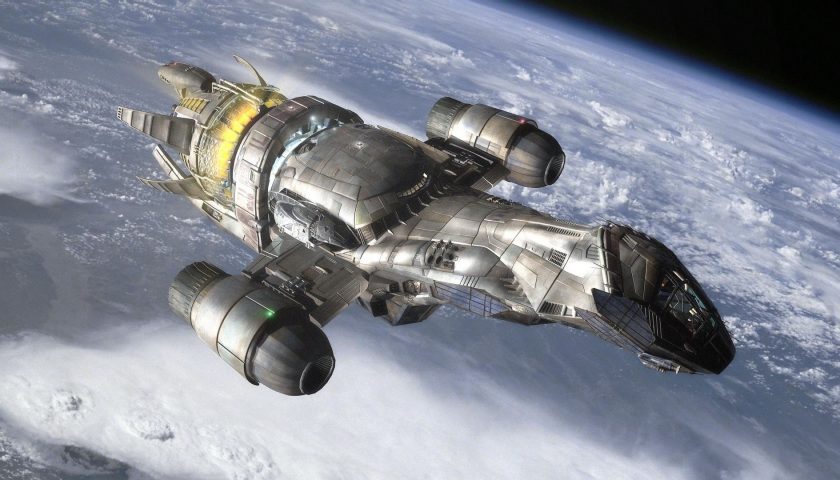 The fact that The Outer Worlds is being compared to Fallout is inescapable. There are, after all, a lot of connections. Obsidian was the developer of Fallout: New Vegas and even further back then that a lot of the development team worked on Fallout 1 and 2. There are similarities in the game’s structure, an open-world first-person RPG with skill trees and abilities that feel familiar and it is laced with the black humour that fans of New Vegas adore. The shared DNA is undeniable but as I play more and more of this fantastic title, I feel there was an even bigger influence on the game or at least one that is resonating with me so much that it is filling up my thoughts. That influence is one Captain Malcolm Reynolds and the crew of the Serenity.

“Take my love, take my land”

Firstly, let me start this with the obvious. Capt Alex Hawthorne of the Unreliable and his/her crew of morally grey do-gooders. Sounds familiar right? There are so many parallels that can be drawn between the crew of the Serenity and this motley bunch that I expect to hear Alan Tudyk or Nathan Fillion’s voice at any moment. Ellie is the no-nonsense warrior type that shares a lot in common with Zoe, Vicar Max’s determination and serious nature is a mirror for Simon Tam, Nyoka’s hard-drinking, shoot-first attitude is a match for Jayne, the loveable joker Felix pairss nicely with Wash and  if Parvati’s sweetness and loveable nature doesn’t put you in the mind of Kaylee Sanders, well then I am not sure you have ever seen the show. Of course, the player gets to play as Captain Reynolds and frankly, that is exactly how I have been approaching the game, crew first, bigger picture second. I can’t say that is how I would have played the game without the strong connection I feel it has with Firefly.

“Take me to where I cannot stand”

Next, we get on to the themes of the game. Both Firefly and The Outer Worlds have taken aim at corrupt governments that take away the freedoms of the individuals for stability as a whole. Sure Firefly, in general, is a much more serious take on this theme but the similarities are there. This society that the game and the show both represent force people to live on its edges, if only to take control of their own destiny. Sure life might not be great on the fringe, with food and work hard to come by but these people see this as a price worth paying to avoid becoming part of what they see as the problem.

The feeling of the Outer Worlds, especially around Edgewater the game’s opening location, very much invokes a feeling of living on the frontier. The graveyards at the rough doors to the settlement, hunters and gunslingers roaming the wilds, a certain element of lawlessness encouraged by those with flexible morals. Despite its sci/fi setting, it isn’t too hard to see these locations as home for someone like John Wayne or Clint Eastwood. Firefly shared this motif, almost pioneering the Western Sci/Fi theme in the process. This setting works wonders in both titles because of its ability to link the familiar, the old west, with the more outlandish and unbelievable elements that are presented. It grounds the fantastical by using a setting we know to have existed, making it easier to believe the science fiction concepts.

“You can’t take the sky from me”

Finally, I want to talk about the writing. I am not going to say that they are both examples of excellent dialogue and writing, but I am going to say they are both examples of writing that appeals to me greatly. There is a natural ebb and flow to the conversations, a feeling that this is how real people talk. Quick repartee, subtle friendly jabs and genuine moments of caring are littered throughout both. The other thing I wanted to mention was the dark humour. Both Malcolm Reynolds and Alex Hawthorne and their respective crews are in dire situations and they both rely on finding the comedy underneath the pain to get through.

So while there is clearly a link between Fallout and the Outer Worlds, I feel like Firefly also plays a huge part in this game’s DNA. I love a title that is not afraid to wear its inspirations on its sleeve and when that inspirations is one of my favourite TV shows ever, well let’s just say I am more than happy to go along for the ride.