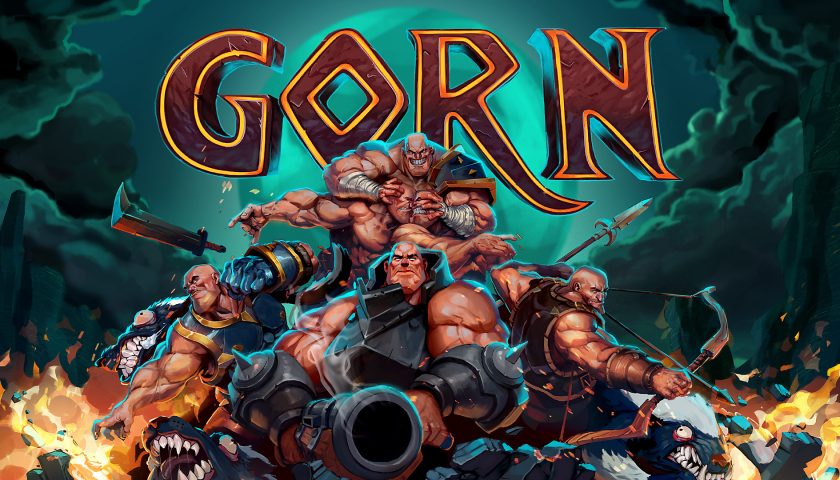 Gorn VR – I Will Have My Vengeance

Blood drips from the tip of my blade, adding yet another bit of dark crimson to the saturated sand of the ring.  Bodies litter the ground around me in various pieces, their weapons left behind to help with my fight.  I can hear the crowd simultaneously jeering my exploits while cheering the loss of life around me.  New weapons are thrown into the ring behind me.  I pick them up, offer my salute to the emperor, and prepare to cover my new blade in its own coating of blood.

I am a gladiator.

In what has become one of my favourite PSVR games to date, Gorn, from Free Lives, puts you in the role of a gladiator as you destroy all that stand before you with a large variety of weapons that allow you to stab, smash, shoot and slice your way through any gladiators that are sent before you.  Gorn brings the brutal and bloody combat of times of old into your own living room.  Swords, chains, staffs, bows, and nunchucks (my personal favourite) are just some of the weapons available to you as you engage in combat against singular or multiple opponents for the entertainment of the emperor and a bunch of chittering floating heads in the peanut gallery.

Gameplay-wise that is about it.  There is no big narrative for your player.  You pick a level and take out everyone you face, with each level completed gaining you access to new weapons for use in the free combat mode.  That is not to say that there is no room for strategy in battles. When taking on multiple opponents, you can take advantage of friendly fire and positioning to make the enemies damage themselves for you.  You will also not be provided with much information at all aside from how to pick up weapons, but luckily the game is for the most part reasonably intuitive, allowing the player to learn what to do through a little bit of experimentation.  This experimentation will also allow you to figure out which weapons are the best, as not all of them feel equal or as effective as each other.  At the end of the day it comes down to the players’ personal preference, however as I made clear earlier, the nunchucks are my favourite weapon by far.

The combat is what this game is all about and it is where the game truly shines.  Yes, your opponents make giant over-dramatic swings, but when using VR the player doesn’t have the sense of the weight of a weapon in their hand, leading to the same thing from the player.  However as you learn better control with your weapons you will find yourself looking for ways to take the advantage, such as slicing off legs or arms to neutralise enemies while you focus on others.  As a side note, it is always fun to then pick up said severed limb and beat its previous owner with it.

At first glance, Gorn is a game that suffers from really poor animation, but in truth, it is completely intentional.  The enemies all move like a bunch of drunken babies, and in reality, the same can be said for you as well.  As has been noted many times before, one of the main issues with VR is how to move your character without the nausea-inducing teleportation.  Gorn solves this issue by allowing the player to walk via a crawling motion with the PlayStation Move controllers, but in the application, you end up moving around in a truly bizarre way.  By intentionally giving the AI enemies the same limitations to their movement it provides a more even battleground for the player.

The pleasant side effect of Gorn, like many VR games, is that just by playing it you will get a bit of a workout as well.  In one session I managed to do a workout for 45 minutes according to my fitness tracker.  In these days when we cannot get into the gym for our workouts, having a game that gets the heart pumping while providing a lot of fun is the perfect solution.  It can also help get out that excess aggression at not being able to go and do the things you would normally do in this world.  Win-Win.

Gorn is the perfect way to release pent up frustrations or to just have a bit of a laugh and some fun.  While there is not much more to the game it is not necessarily a bad thing.  Gorn knows what it is and doesn’t try to be anything else by shoehorning in unnecessary mechanics.  The bottom line is this game is fun and I had a blast while playing it.