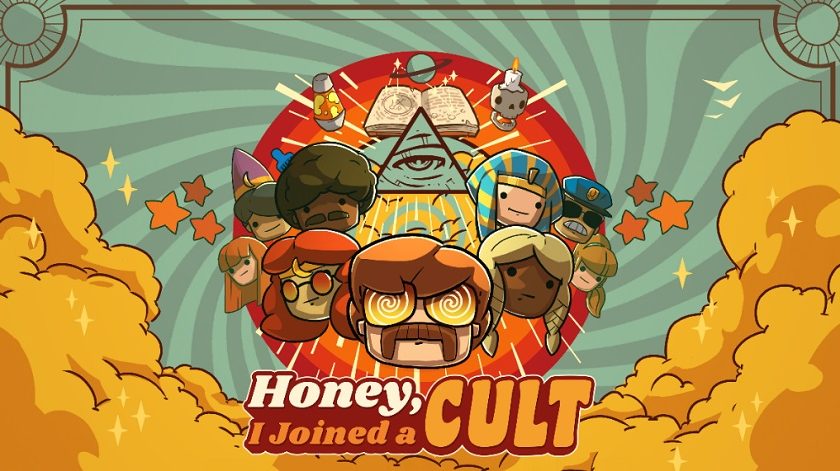 Tired of running theme parks and designing roller coasters but still have the bug for a management sim that will allow you to express your desires to control everything and everyone in your own little world?  If your answer is yes then you are just the person that Sole Survivor Games and Team17 are looking for.  Honey, I Joined A Cult is coming to early access on Steam in early 2021 and places you in charge of building and running your very own cult.

Set in the 1970s, ‘Honey, I Joined A Cult’ places you in charge of building, growing and expanding your cult and its influence, all the while having to deal with the journalists, government operatives and rival cults that want to trample all over your beliefs. That is not all though, any cult needs that special sort of person that is 90% charismatic ego to lure in and retain members, and it is your job to massage the ego of your cult leader to keep him at his charismatic best.

Surprisingly you are not given a deity that you must find worshippers for, instead of making a choice from multiple deities that will affect missions and unlocks as well as the tech tree you work your way through.  What this means in practice I don’t really know but it has my interest piqued.

While there is no set date for the release of Honey, I Joined A Cult keep your eyes on Player 2 and when we know we will bring you the info.