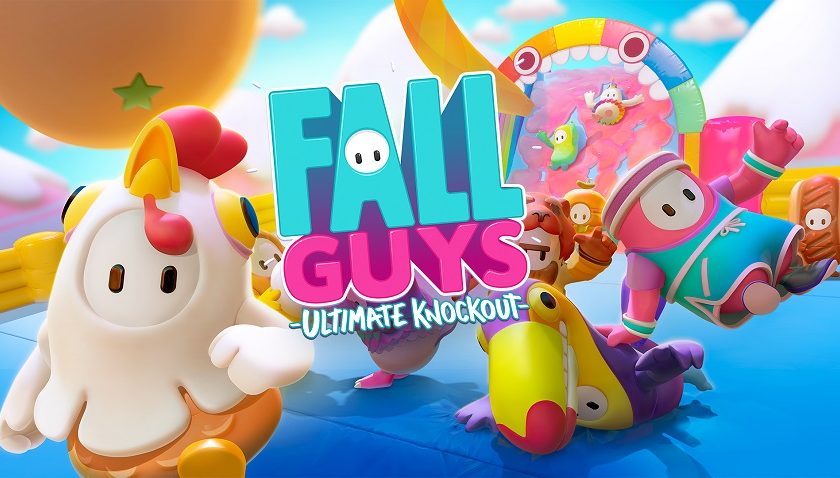 Fall Guys – I Get Knocked Down But I Get Up Again

If like us, you follow gaming trends, then you’re probably familiar with two popular ones at the moment … Battle Royale (BR) and Party games. Fall Guys seeks to combine both these genre’s and mould it into its own, making a game that’s easy to understand, pick up and play, as well as tickling that competitive nerve that lurks deep within us. So, does it succeed? Or does it fall (pun completely intended) short of glory? Let’s find out.

Fall Guys is an incredibly simple game to understand. You and 59 other players are thrown into a series of short minigames, as each round end’s, a number of players are culled, and the remaining ones move onto the next round. Rinse and repeat and a few rounds later the remaining players compete in a race to the top to see who can grab the crown first. The levels are chosen randomly from a pool of available options and it’s enough that after a bunch of matches, you’ll still be finding new ones or still excited to play one you’ve recently played.

The stages themselves are incredibly simplistic and aren’t complex in any way.  This makes them quick to complete and are specifically designed to be understood without any practice or previous knowledge. For example, one stage will require you to reach the end by navigating platforms that spin in either a clockwise or anti-clockwise rotation and another by trying to balance giant seesaw‘s (along with 59 other people). As you can tell, it doesn’t require a PhD in rocket surgery to understand what to do here, don’t overthink it, just play and enjoy.

So, let us dig a little deeper on what makes this game so good, and believe us when we tell you this, this game is very good. Fall Guys hits that sweet spot of being simple enough to pick up and play as well as being one where practice can up your chances of winning well within your favour. A large number of these stages have a degree of RNG involved, enough that there are simply some things that will go against you, impossible to predict and sum up life in general, but not enough that things are ever completely out of your control. This is possibly why Fall Guys is so damn addictive and always feels like you want to jump back in for one more shot at the title.

At the time of writing, the game has been out for a few weeks and not without its fair share of drama. At launch, there were some server issues resulting in dropped games, disconnects and general issues revolving playing the game online. There was a good reason for this, the game sold in numbers that no one (including the developers) could have predicted, and the allocated servers could clearly not handle the load. The good news is that shortly after (and at the time of writing), these issues are resolved and there are no issues to be seen. During its beta launch, there was some evidence of potential latency issues, which were incredibly glaring when playing any of the minigames that involved collision detection (e.g. giant soccer game). We can safely report that even when they were having server issues in its opening week, there was nothing to complain about, the net code is smooth responsive.

There’s a couple of minor things this game does that we’d like to see changed. Firstly, exiting a game once you’ve been ousted has a window where if you miss it, you’ll need to wait until the next round starts before you can try again. The other is when grouping up with your friends, it would be nice to see where they are with an arrow or indicator. The latter we can understand why it wasn’t’ included, otherwise you could theoretically team up with your buddies for an unfair advantage, but it would be nice to at least see at the end of the round if your friends are still in the game or if they’ve been booted already. Words cannot express how minor these criticisms are though, they’re either easily fixed or don’t really detract from the fun that Fall Guys delivers.

Unless you’ve been living under a rock, you’ve probably already heard of this game or at least seen your buddies or favourite streamers play it. In short, it’s popular for a reason, Fall Guys is a chaotically fun game that will likely keep you coming back for one more game. It’s both serious and not serious enough, striking that perfect balance where you feel in control of what’s going on, and accepting that sometimes life isn’t going to go your way. Get it, play it, and enjoy it … you won’t regret it!