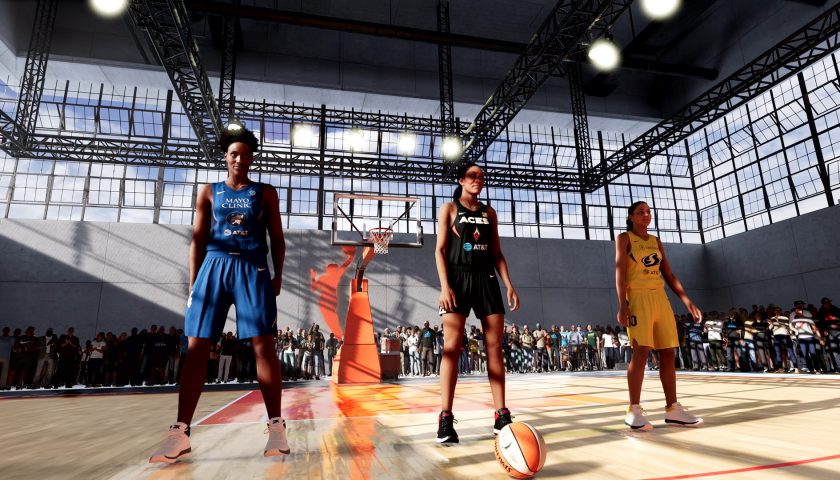 In the wee hours of the morning here in Australia, 2K Games a massive bit of news regarding the next-gen versions of their flagship basketball sim. That news is, for the first time ever, players will be able to take part in a full My Player experience with a WNBA player. For those unfamiliar with the My Player modes, these are essentially Story modes for NBA2K and focus on an up-and-coming baller trying to make it in the big leagues.

The W, as the mode will be called, will allow players to create their own fully customisable WNBA player and join her on a journey through a pro career, facing off against the league’s best players like Breanna Stewart and Naphess Collier. It must be said, that this sort of mode has taken far too long to reach sports games, but it is wonderful that it is finally here.

When asked about the new mode, Los Angeles Sparks Forward, Candace Parker said: “Creating your own player to take over the league is one of the many reasons why people love to play NBA 2K. I’m so excited to see the 2K team elevate the WNBA experience with The W. This will be a great way to introduce the next generation to women’s basketball and showcase our league.”

Players will also be able to compete in the W Online, an intense 3v3 mode that will put player’s created characters against each other. There is also the ability to act as a GM and Commissioner for the WNBA, giving players the chance to drive the growth and success of all the WNBA teams. All of this is coming when the game is released on next-gen launch days along with a brand new, built from the ground up for next-gen game of ball. It is fantastic to see and I hope all sports games (even 2K’s own PGA title) follows this example from now on.