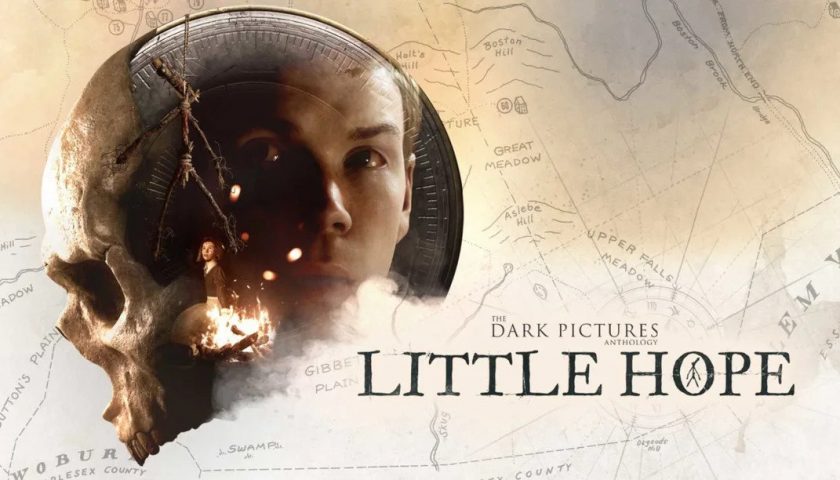 They say there ain’t no rest for the wicked, but the newest entry in The Dark Pictures Anthology sets out to show that sometimes, wickedness is in the eye of the beholder. Set in, and aptly named after, the town of ‘Little Hope’, in Salem, Massachusetts, this game leaves behind the South Pacific we came to know in Man of Medan and throws you right into the heart of the legendary witch trials. It comes with a new cast of characters (with the exception of old mate ‘The Narrator’, who reprises his role from the series’ first instalment), new spooky themes, and arrives just in time to provide some Halloween scares. And wow, there are scares. So many scares. Just… if you don’t like fear, maybe don’t play this. Or do? I don’t know, if you (like me) have a complicated relationship with fear, then Little Hope might be the story for you.

From the beginning, it’s clear that this game, though fundamentally similar, has a few key differences to Man of Medan. As with its predecessor, an introductory prologue shows you how the game works – you walk around, interact with items, and will be forced to make decisions during interactions with other characters that can change the nature of your relationships, as well as your own personality traits. In the prologue, we’re introduced to Anthony, a young guy in the 70’s whose dysfunctional family is getting through an ordinary night in their somewhat tense life. Dad James is a drunk, mum Anne seems exhausted, brother Dennis is kind of a pretentious jerk, older sister Tanya is headstrong and seeking independence, and then there’s Megan. Megan, Anthony’s younger sister, is a little weird, and the parents are seen arguing over how to deal with the fact that something’s clearly going on with her. The whole family has noticed it, and seems to be responding with a mix of concern and irritation, and Anthony is stuck in between. It’s up to you how he deals with them, but just as you’re starting to get into the groove of this weird family life, tragedy strikes, and a series of unfortunate (or are they?) events lead to the family meeting a pretty grisly fate. Choices here can make a difference to how some of the other elements in the gameplay out, but no matter how you approach it, it’s gruesome.

Flash forward to the present day, and we are introduced to a new group of doomed individuals. The bus that was taking them on a field trip has crashed near the town of Little Hope, and they immediately realise that they need to find the bus driver, who is missing in action but probably knows more about the area than they do. John, the college professor, suggests that they go and find a working phone to call for help. Taylor doesn’t want to listen, because these games seem determined to make their characters instantly unlikable. She’s more concerned about finding Daniel, her (sort-of-not) boyfriend, and Angela, the mature age student who also loves to be argumentative and judgemental for no reason, who they got split from in the crash. Andrew, our main protagonist, played by Will Poulter, has amnesia and little idea who anyone is or why they’re there, so he’s just trying to work out reality while everyone bickers around him. Thankfully, the group meets up pretty quickly (so that they can start bickering as a group) and they set about searching for help.

It isn’t long before it’s clear that something weird’s going on, and the game really amps up the creepy. A sign for Little Hope has been altered to say ‘abandon hope’, the group comes face to face with some creepy, Silent Hill-style fog that seems determined to keep them in the town, and an eerie discomfort sets in.  John tells his students that this town has a sordid past, connected with the legendary witch trials, and though everyone is sceptical at first, the past soon becomes the present. Various members of the group begin seeing flashbacks to the witch trials, in which a variety of individuals are facing accusations of witchcraft, sorcery, and acting as vessels for the devil. Understandably, it’s kind of a lot to take in, and everyone starts to get a little spooked. They want out of Little Hope – now – and the tension rises as they struggle to find a way to make that happen. Not only are they stuck in the town, but something is following them – they’re seeing visions of the past, and of a creepy girl, and these flashbacks are usually prefaced by a creepy disfigured ghost demon jumping out of nowhere to drag them into the past. It’s pretty scary, especially the first time it happens – there’s a jump scare element that gets you, and then there’s the imagery. It’s multi-layered spook.

To say much more about the plot would ruin it, but the game finds some interesting ways to play with time and the way our decisions can haunt us or affect our futures. It’s definitely a different kind of scary to both Until Dawn and Man of Medan – one that lingers, makes you question, and keeps the tension levels high – but it’s also classic horror. It has a lot of things to say, and it says some of them pretty well, but it does rely on some tropes that I wish we were done within the genre. The camera angles have clearly been improved since Man of Medan, which was nice, and the objects are more clearly signposted in the environment. The walking speed is now a little quicker, and though it was still clunky at times, getting around in the game is much nicer in this sequel. There’s still an annoying heartbeat mechanic that requires you to press a button in time with a heartbeat to remain calm, but it seems more responsive this time around. In Man of Medan, it seemed literally impossible to successfully execute, but here it’s doable. One of the best additions is in the fact that quicktime events – a staple of the game’s mechanics – now come with a warning. Your controller will vibrate to alert you that one’s coming, and a little icon pops up on the screen to tell you what kind of action it’s going to be before you get the button prompt. It made me feel far more prepared to deal with all of them, and my success rate was much higher because of it. It was a very welcome addition.

The same modes return to allow you to choose your playstyle. Want to take on the adventure with friends? Of course you do – this shit is terrifying alone. ‘Movie night’ mode allows for you and up to four of your friends to each take control of a character, with the game prompting you to pass the controller around to take control when it’s their turn to shine. ‘Shared story’ is also an option, which allows you to remotely navigate the story with a friend, working together to complete the story by controlling different parts of the narrative. If you’re a brave person (what is that like?) you might want to try ‘Solo Mode’, and go through the story alone. There are options, but movie night is definitely the best one. This game is much better when you have friends to keep you safe from the demons in your lounge room and to discuss the various plot twists with.

Well, some if it is plot twists. Some bits of the narrative are just confusing. I’ve finished the game with a lot more questions than answers, and even though I’ve now experienced at least three of the game’s potential endings, I’m still not entirely sure how they happened. Some of the mechanics at play aren’t clearly signposted, and it’s going to take me a while to work them all out. I couldn’t find a way to save all the characters, and I suspect I know why, but I can’t be sure. On one hand, it’s fun trying to solve the mystery, but it does feel a little annoying to know that it’s because of a mechanic that wasn’t clearly explained – which has been a problem with Supermassive’s other games. The cutscenes are often long and unskippable, even after you’ve completed the game once, so repeating sections is a slog, only to find that you still haven’t changed the outcome. I couldn’t help but feel a little cheated. Throughout the world, you will find ‘premonitions’ that tell you about possible futures for the characters, which you can use to guide your choices, but they often don’t help, or are entirely misleading.

Little Hope has an interesting story to tell, and it has definitely improved on some of the mistakes made by the first instalment in the Dark Pictures Anthology. Having seen the differences between this one and Man of Medan, I’m definitely intrigued to see how the next one plays out. I do like the way Supermassive Games weaves their stories together – bringing back familiar faces from previous games like Hidden Agenda, and playing with tropes and visual effects common to the horror genre, but relatively unexplored in games. While the characters in Little Hope are more likeable than those from Man of Medan, there were still moments of frustration in the story. I spent a lot of time looking at the options available to me and saying ‘no’, and ‘I don’t want to’ out loud, and it wasn’t always because I was too scared to do anything. Only sometimes. The execution of these games isn’t perfect yet, but this one is much closer to the quality of Until Dawn than the slightly disappointing Man of Medan, and I’m keen to see what comes next. I just have to spend some time trying to fend off the nightmares before I’m prepared for it.