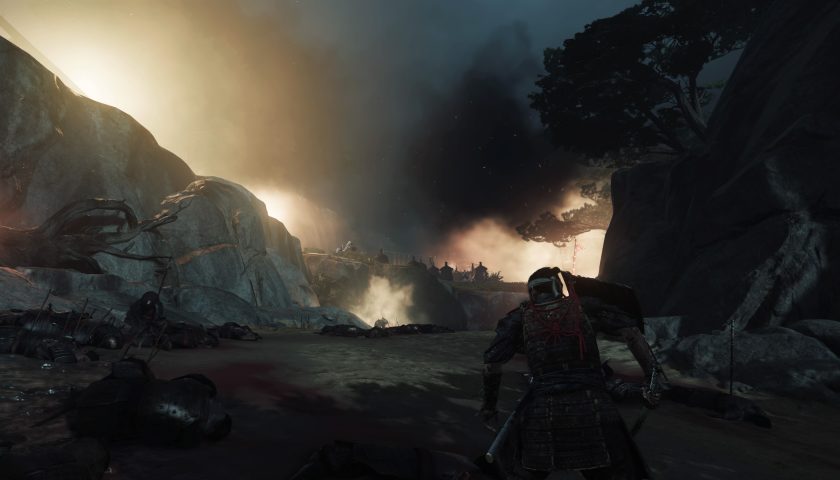 When Samurai Gather, They Unsheath Together – Ghost of Tsushima: Legends

Update 1.1 of Sucker Punch’s very good samurai game has hit today and with it comes a new cooperative multiplayer mode. Dubbed Legends, the online-only mode (you need PS+ to play) lets you choose a class and fight alongside friends to unlock a whole new range of abilities, gear and cosmetics.

I really enjoyed Ghost of Tsushima. I found that it dug its claws deeper into me the more I played – to the point where after finishing the main campaign, I felt like getting my samurai on and kicking ass across the map, ticking off every enemy settlement and side activity. While I haven’t fulfilled this goal yet, the addition of multiplayer does sound intriguing, a bit like how cool rolling with a posse in Red Dead Redemption was.

Sony shot through a bunch of gameplay tips, which we have pasted below.

1. Make best use of the chosen class

Once a player picks their starting class, they’ll need to increase their class rank to unlock each of the other three. Teams can combine any mix of classes and all can use stealth, melee, and ranged attacks and equip gear. Players should lean into the class attributes: a diverse team can tackle any challenge.

Each of the four classes has a unique Ultimate ability. Players must gradually fill their Resolve meter by attacking foes. Once it’s full, they can trigger their Ultimate by pressing L1 + R1.

Even when players learn where a map’s spawn points are, their order is randomised. Fireworks will erupt above where the next horde is coming. Players should divide up the sky during lulls in battle. When they see fireworks, they should use the game’s Ping system to guide their team to where they’re needed.

Numerous structures, walls and cliffs stand between players and each defence point. Parkour skills and a grappling hook are the best tools for players to flow over roofs, swing across courtyards and spider their way up near-vertical slopes.

Every defence point lost will reduce a team’s shared health bar, drastically reducing their chances of survival. Never consider an area lost until the match’s UI tells you so. Players still have a chance to recover them: every fifth round is a Boss Wave, winning which will restore control of all defence areas.

Every map contains a shrine with purchasable – weaponised – Gifts, such as being able to ignite nearby enemies or summon a spirit animal. Once a shrine is activated, each Gift can be purchased by a single player, and has a cooldown period before being buyable again. In later rounds when horde numbers increase and powerful Oni appear, Gifts can mean the difference between holding a point or losing it.

Whatever gameplay type players prefer in Legends, all will add to their XP, which in turn will increase their class’s Rank, and unlock new techniques and cosmetic items. Once a player finishes a match, they must make sure to dip back into their character’s profile on the main menu to equip better gear and unlock some new outfits.