Pikmin 3 Deluxe – The Return of an Underplayed Gem

Pikmin 3 Deluxe – The Return of an Underplayed Gem

I first played the original Pikmin in the early ‘00s. Busy as I was, I found it easy to pretty much ignore the game’s awkwardly imperialistic scenario, to look past the inclusion of a doomsday clock, and just employ the game as a fountain from which I could fill my cup with twenty-minute bursts of relaxation.

Fast-forward to 2020 and you would think that a nice, safe ‘deluxe’ version of Pikmin 3 (originally released on the Wii U) would be an easy win for my sanity. But goddamn it, if this game isn’t weirdly political in the most hair-whitening ways.

Pikmin 3 opens with the ship of some miniature explorers crashing on a variant of planet Earth. Freshly separated from each other and now out in the wild, they meet natives by way of the titular Pikmin, creatures that might have bumbled their way to extinction if not for these brave explorers and their willing ability to order the critters about. Jolly good, hop, hop! Go gather me some fruit while I pick a flagpole.

As with previous titles, there are various types of Pikmin, visually separated by colour and shape.

But I just… I mean, why – why? – during this particular stretch of time, do the red Pikmin have to show up so goddamn early? Those critters are everywhere and form the bedrock of your exploration for the first half of the game. Black, Yellow and Pink do follow soon enough, however.

That said, it got to the point where my girlfriend decided to Google when, exactly, the blue Pikmin would actually turn up to the party. Why can’t they be there, while I still have more nails than blood around the tips of my fingers? Yes, I’m aware that this game first came out in 2013 and this is all innocent and divorced from reality, but I don’t need a game for which the appeal is supposed to lie in relaxation confronting me with a wall of red with blue a late arrival right about now.

The cherry on top? The final mission is a mismanaged, chaotic clusterfuck of confused information that is almost impossible to properly manage and control.

At least the red Pikmin generally cooperate with the blue ones when requested, I guess.

The very real possibility of Western democracy crumbling into dust being oddly echoed in a videogame aside, Pikmin 3 Deluxe is actually very good.

For those unfamiliar with what Pikmin is, it’s a kind of strategy game wherein you take direct control of a thumb-sized space explorer and command a bunch of plant-like critters as you explore various worlds, try to find a path forward and, erm, plunder some stuff. It’s broken up into a cycle of days with a need to collect fruit to sustain the story characters. Having to collect fruit is subtly genius in that sustenance is sufficiently easy to find that the game never really applies any time pressure, but gathering it also requires just enough work to have your Pikmin carry it back to base that building up a supply of juice can provide a sense of meaningful accomplishment even when no story progress has been made.

As mentioned, the Pikmin themselves come in various shapes and colours, each with unique advantages. The aforementioned red are fire resistant and tough little fighters, while only the blue can survive underwater. Abilities become a little more forced with the other colours, but the variety of Pikmin types nonetheless gives a sense of freshness and lends a low-key sprinkling of Metroidvania progression to exploration.

While I earnestly believe that Pikmin’s – and particularly Pikmin 3’s – appeal is as a slower-paced, more laid-back game, it is nonetheless not averse to conflict. Pikmin are ant-like in size, and like ants, an appropriate collective noun for them may well be ‘army’. While Pikmin help with things such as breaking down barriers, building bridges and carrying essential items to your spaceship, they also act much like a weapon loadout – they can be switched with the shoulder buttons so that the most appropriate can be thrown into combat with whichever bug they’re going do battle with. And when the combat’s done? They carry the corps back to their ‘onion’ (home), wherein it is used to sprout more of their kind.

It’s actually kind of astonishing that Nintendo succeeds in making it all as adorable as it is.

The mechanics are impressively simple, at least for the most part. Owing to not being a frenetic experience, things such as lock-on don’t need to be too granular, and using an area-of-effect whistle to call the Pikmin to yourself mixes sufficiently with a few options with how you sort and deploy them. That there are (eventually) three direct-control player characters allows for more intimate busy work that perhaps suffers a little from the loss of the Wii U’s tablet gamepad.

That said, this is perhaps made up for by the inclusion of split-screen co-op, which is how I played about half of the adventure. It’s a natural fit, and the game lets partners decide just how much they want to cooperate as opposed to going off to do their own thing; there are merits to both approaches. It also runs smooth as butter, although I would personally be willing to sacrifice performance for a more zoomed-out camera to help compensate the lost screen real-estate.

Toss in some reasonably varied treasure-hunting side missions and epilogue content and you have a reasonable value proposition, although the six-or-so-hour core game still feels cut short by a well-meaning final encounter than nonetheless demands a swiftness of play that the control scheme is perhaps not fully sufficient for; redesigning this part of the game by replacing it with a new area and a more strictly puzzle-focused final challenge was my ultimate ‘never gonna happen’ wish for the Switch release of Pikmin 3.

And just why was it never going to happen? There are plenty of reasons, I’m sure, but among the top is the knowledge that people like me were going to recommend it anyway because, realistically, the only major knock against Pikmin 3 Deluxe is that it’s not Pikmin 4. 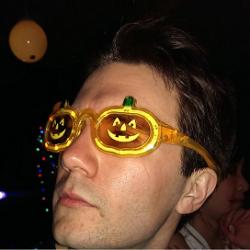 The Callisto Protocol – Not Quite Recapturing The Magic