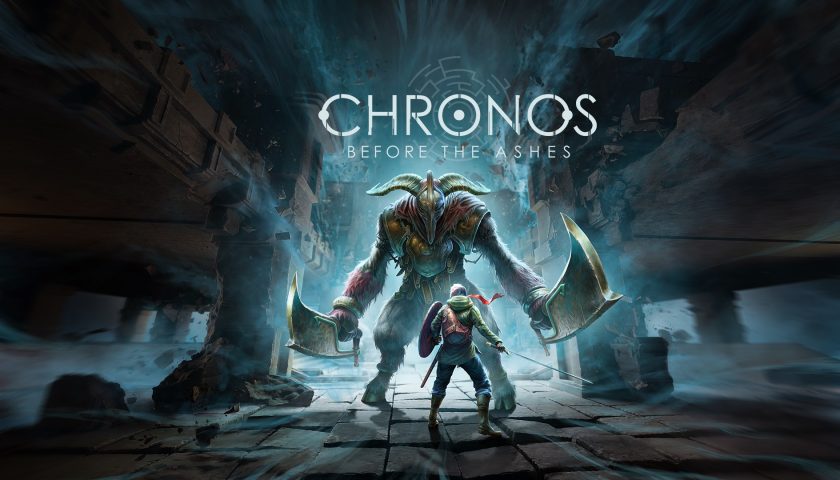 2019’s sleeper hit Remnant: From the Ashes was an unexpected drop amongst an already burning hot year. By melting multiple influences like looter-shooter gameplay with a Souls-like presentation, Remnant proved itself to be a fire combo of fast-paced action supported by meaningful loot. Little to my knowledge was that it was actually a continuation of Chronos, a 2016 VR game developed by Gunfire Games. Now, retooled without VR, Chronos: Before The Ashes seeks to capitalise off of the heat created by Remnant.

Therefore going into this review, and the game itself, I feel it’s important to keep one’s expectations in check. As what is revealed across Chronos: Before the Ashes’ short run time is a moderately fun, yet simple game. One that should be interpreted as the ground-work for its big brother, rather than an attempt at something ground-breaking.

Chronos has you, an unnamed adventurer, setting out on an all too common fantasy quest to slay the Dragon before it can destroy the world. Goaded into this task by a talking tree, your initial objective is to defeat the three guardians to lure the evil out and face off against it. It’s a pretty lacking story for nuance or depth but is serviceable for the small scale of the game. Although with this all leading into Remnant, the ending leaves you on a rather intriguing note and puts that game’s whole world in a different light.

Speaking of worlds, they’re decently well constructed in Chronos. As you progress through these seemingly disparate locations there’s some lovely little side stories and brief lore dumps that contextualise the world(s) around you. In terms of their aesthetic though, the rooms you traverse between have some unappealing drawbacks; characterising clutter is non, unbreakable objects are repeated throughout and together with idle foes; it all creates a very artificial feeling. Albeit that they’re well interconnected in their explicit design. Arduous stretches of combat and exploration are made to be gratifying by unlocking shortcuts that reveal an evidently long-held propensity by Gunfire Games for intrinsically rewarding design. Overcoming these difficulties is honestly what makes Chronos a pleasure to play. Even if the visual elements fail to live up to the same standard.

An additive layer to your perseverance over Chronos’s difficulty comes from its unique death progression. See, dying ages your character one year at a time with the older you are the more wise yet fragile you become. Every ten years you unlock one of three wisdom traits that greatly alter your character’s stats. The way this young-old dichotomy changes your outset on character building is just interesting enough to be fun. Strength and agility become locked out once your character becomes a pillaging pensioner so creating a Super for those stats is recommended. Not to mention the actual visualisation of your character’s age is really quite something. If there’s anything from Chronos should be implemented into a future Gunfire endeavour, it’s this. Especially if it’s given more depth for drastically different character builds because although what’s here is decent, it still feels like it could be doing more.

For fans of Remnant, the scaling back of systems and combat mechanics is going to be a very stark contrast. Blocking, parrying and dodging counterpart light and heavy attacks are a staple of the genre, but where Chronos positions itself differently is with arcane attacks. After a successful riposte, dodge or fully charged heavy attack, your weapon becomes imbued with a selected magical buff that deals extra damage. These add a fun incentive to embrace the learning curve as you genuinely feel yourself getting better to maximise damage, particularly in correlation with your character’s age and reliance on the arcane stat.

Weapon variety furthers this enjoyment as each weapon is wholly unique in their timings and move sets. It’s enjoyable to grow attached to a weapon, say the Krell axe and then have the Morning Star come along to create a new approach to combat. Similarly, arcane stone abilities add a small flair to your character loadouts. While all of the stones have a different ability tailored for specific outcomes, I personally felt the sun stone’s invulnerability to be too powerful to pass up…but that’s just because I’m a wimp.

I’ll give it to you straight though, given that this game doesn’t exist in a bubble; without the VR element, it feels relatively undercooked. There are some fine ideas here, great ideas even but with consideration that Remnant: From The Ashes builds upon everything it’s hard to solely recommend Chronos. That being said, go play Remnant, like right now and then come back and play Chronos: Before the Ashes. You will find it better as a small companion piece rather than something to be entirely separate and in that light I would recommend it.

Chronos: Before the Ashes was reviewed on the Xbox One with code kindly supplied by Koch Media Australia

Outside of games Harrison enjoys a decent science-fiction or philosophy read and welcomes any recommendations. Inside of games he wants you to know he never made it beyond Rock Tunnel in Pokémon Yellow because the cave is scary and he doesn’t know where to get HM-Flash.