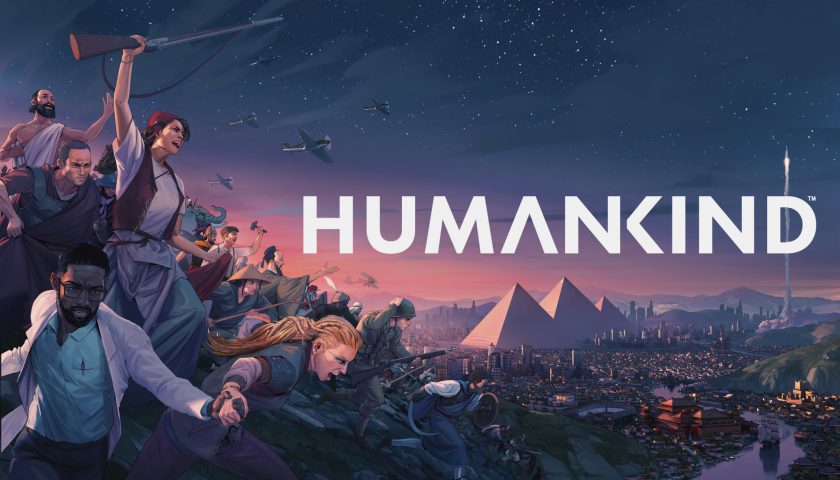 Civilization. It is more than a game, it is practically its own genre. Sure there are other turn-based strategy titles, but they rarely, if ever, wander into the space that Civilization occupies. That is because, as a game, Civilization is almost a benchmark that is too high to strive for. Over 6 main games, a couple of spinoffs and endless DLC, Firaxis has polished gameplay to a level that is so addictive, so refined, that other developers are almost afraid to take it on. That is, until now. Humankind, a new 4X strategy title from SEGA is doing exactly that, taking on the king at its own game. But the best news is Humankind is bringing some of its own tricks to help it take the title and not just copying what came before it.

I was lucky enough to get my hands on an early build of Humankind that allowed me to complete the first 150 turns of the game. It was not even close to giving me enough turns to complete a full match, but it was enough to allow me to advance three eras and get a real feel for how the early game plays out. Jumping into the game I was asked to pick a starting civilisation (I can actually spell it correctly now), each with their own unique units, benefits and weaknesses. I went with the Babylonians and prepared myself for a little conquest. The game starts as a nomadic tribe, in which you cannot create cities. The purpose of this time period is to gain knowledge, skills and resources to progress into the next era. During this time frame, you can also create outposts with your scouts, forward towers that clear the fog of war and become essential in the next era. It is also during this time you are introduced to combat, something that is a touch more nuanced than the combat seen in Civilization (back to bad spelling, you have no idea how annoying this is as an Editor). Before each battle, there is a preparation phase where the battlefield is split into two sides and you have the option to position your units anywhere within your highlighted area. This is important because there are multiple combat bonuses to be taken into consideration. The most obvious is the advantage of height, but later in the game, things like positioning two specific unit types together can activate a bonus that could mean the difference between victory and defeat.

So after taking about 20 turns to wander around, get the lay of the land and build up my resources, I progressed to the next era and my first order of business is the set the civilisation’s capital. It was here I wished I knew more about the game before starting because as it turns out, the outpost towers I placed with my scouts can be converted into cities. There are no settler units in the game, your scouts are the ones that handle city placement. In the previous era, I had placed the outposts in positions for line of sight, not the availability of resources, so I decided to start a new outpost, in a lush paddock with plenty of resources to convert into my capital city Babylon. Once my city was established, things started to feel rather familiar, with expanding your cultural and religious influence, while shoring up your military and generating food and gold being the main goal. Of course, you will be constantly researching new technologies, buildings and units along the way. It is here that you will start to interact with other civilisations and in the process start using diplomacy tools. I will say this is somewhere I feel Humankind has a clear advantage. Diplomacy was often confusing in the Civ games, but Humankind has broken it down and made it quite approachable with easy to follow steps and options.

The real hook of Humankind hits once you reach the second era. It is here you get to pick a second civilisation to follow. I chose Egyptian and sure enough, the architecture of my cities began to meld into a combination of both the Babylonian and Egyptian races. This is where Humankind really sets itself apart from Civ because instead of following a single culture for the whole game, you can create your own by combining and merging multiple civilisations. As you conquer or trade with others, you also begin to take on some of their characteristics as well, meaning that no game is ever going to leave you with the same civilisation by the end. It is a wonderful addition to the formula and I can’t wait to see how it plays out in a full game.

By the time I reached the third era, I had just about run out of turns and my Humankind experience was over. There is a lot to dive into and a lot to take in. I feel like the UI still needs a bit of tweaking and some of the features aren’t explained as well as they could be, but with the game not coming out until April 22 there is plenty of time for the devs to polish this one until it shines. One thing is for sure, after my time with the game, Civilization has a true contender for its title, something that hasn’t happened in the longest time. Only time will tell if Humankind can topple the king, but I now know it is going to give its run for the throne a hell of a shot.

Humankind releases on the 22nd of April and you can check out the action in an episode of Player 2 Plays.