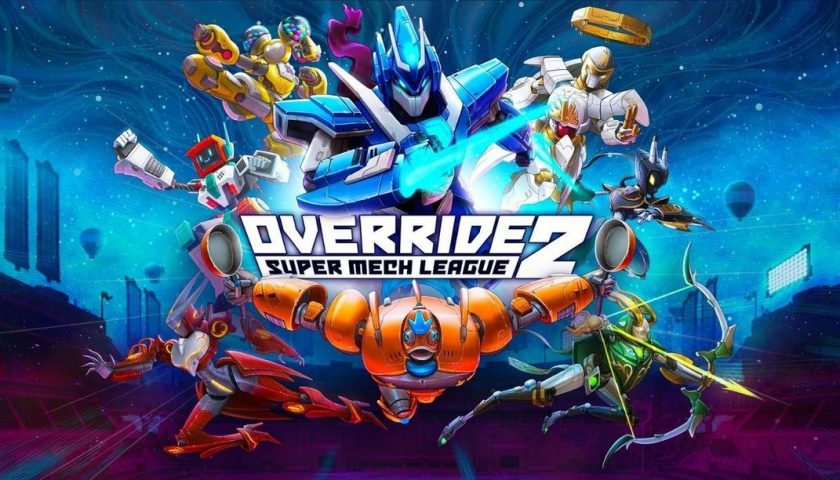 The giant fighting robots of the Override universe are back for more brawling action.  Last time you were using your mech to protect the world from giant alien ‘Xenomorphs’.  This time, however, it is all about your own personal quest for glory as a mech pilot, fighting your way to the top of the rankings of the various mech fighting leagues.  Having been disappointed by the direction of the campaign in the original Override, I was hoping that the mech-vs-mech action promised by the sequel would give that feeling of awesome giant robot fighting, the kind of fighting seen in anime or movies.  Unfortunately, the fighting involved was less ‘Real Steel’ and felt more like it belonged in an old episode of Power Rangers.

See, when I played the original I thought to myself, why didn’t they focus on the mech vs mech action, that is what I would rather be doing.  Fortunately, the team at Modus Games came to the same realisation, and while there is a mode that involves fighting off hordes of the Xenomorphs from the first game, it is but a small component of the mech-on-mech action.  Instead, this time around the mechs are at the forefront of everything.  It is just a shame that at the end of the day, despite the obvious differences between the mechs, it just doesn’t feel as though there is much of an actual difference in how you will fight your opponents.  Every mech has what is essentially the same move set, and thus you will often find yourself spamming the same simple combo over and over again while destroying vast amounts of property.

Something that has also carried over from the original is the way the ‘storyline’ is progressed through the game.  Again it is a matter of the storyline only advancing once the player completes ‘X’ amount of fights or completes a certain action.  In the early game, it is hard to see any real progress, and it isn’t until you purchase your own mech that you can at least track your progress.  In fact, one of the issues that I had was that I could not get my Pro Pilot licence until I had purchased my own mech.  The only problem was the game didn’t explain that to buy a mech, I had to go back to the main menu and select the garage.  It is a small ask for the player to do that but including a shortcut or directing the player to go back to the main menu would make a lot more sense.  It was only once I came back to Override 2 after playing another game that I saw the option to go to the garage.  This was after I had already fought about 10 more fights from when I was told to go and purchase a mech so I was slightly annoyed.

Thankfully, once I figured out to go to the garage, I was given the option to ‘buy’ any of the mechs in the roster.  Up until that point, I had been locked into choosing from a set selection, but now I was able to pick which mech I wanted to use to start my quest to the top of the rankings.  Sadly, there was no info on the mechs given to me to help make my choices.  I had vague recollections of how the returning mechs felt to fight with, but the new mechs were blank slates to me.  With no way to test a mech before purchasing to find out what it is like (e.g. fast but lighter strikes or slower heavy ones etc.) it was a guessing game for me.  The customisation options were also disappointing, with anything you purchase serving no more purpose than making your mech look how you want it.  Had I known it would have no effect I would not have wasted the credits in the early part of the game and instead focussed on buying another mech to use.

Overall, while Override 2 made the mechs the star of the game from start to finish, the game still feels very much like the original, and not in a good way.  With an expanded roster there are more mechs to choose from, however, the only way to find out how they handle is to use each and everyone due to a lack of information presented.  Each of the battles plays out just like the one before, the only difference is how many opponents you may have,  While people can have some fun brawling in couch co-op, most will find little longevity in this very same-same sequel.