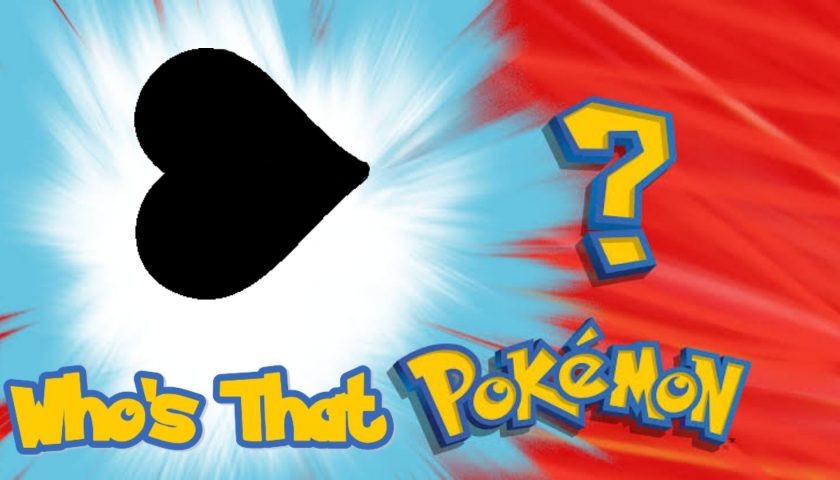 Pokedex Entry: “Luvdisc live in shallow seas in the tropics. This heart-shaped Pokémon earned its name by swimming after loving couples it spotted in the ocean’s waves.” (Pokemon Ruby)

“Team Rocket agents Butch and Cassidy have just received their latest orders: steal a Luvdisc from the Cerulean Gym! There are two Luvdisc at the Gym, including a new one that Daisy brought, and Tracey has stopped by the Gym to take a look. The Luvdisc are Luverin and Kasurin; Kasurin likes Luverin, but Luverin’s not interested. This could jeopardize the romantic underwater show that Daisy has planned, but things only go truly awry when Butch and Cassidy break into the Gym, grab Luverin, and run for it.

Kasurin is able to sense Luverin, so Daisy, Tracey, and Misty take Kasurin with them and set off after Team Rocket by car and inflatable raft. Kasurin tracks Luverin to the scattered islands where Team Rocket have a secret lair, but Butch and Cassidy know the good guys are coming. They steal Kasurin, them dump our heroes in a pit trap! What’s worse, Misty and Tracey left all their other Pokémon at home, so Misty must encourage the two Luvdisc to break out on their own. Butch and Cassidy chase after the escaping Luvdisc, leaving Tracey free to figure a way out of the pit trap.

Outside, the two Luvdisc have jumped into a river to escape, but Butch and Cassidy block off their part of the river with nets. Just in time, Misty and the others run to the scene; Misty and Daisy team up to order the Luvdisc to fight back against Team Rocket’s Mightyena and Sableye. Team Rocket is no match for twice the teamwork and the Love Love Water Gun combo, and they’re soon sent sailing out of sight. Even better, Kasurin’s heroics have won Luverin’s heart, and the duo become stars of Cerulean Gym’s romantic underwater show, spreading joy and happiness everywhere!”

I honestly forgot all about Luvdisc until Gen III rolled out when I played Pokemon Go, and that alone probably says more than enough about this horrible excuse for a Pokemon, but I’ll persist further. Apparently when two come together and kiss they join together as a set of wings and fly away together. Combine that with the basic ass design and I have to ask… did Game Freak and the Pokemon Company hit up a 5-year-old for this design?

For years I thought Magicarp was as bad as it got, but at least Magicarp evolves into the kick-ass Gyrados, Luvdisc on the other hand just exists, and I wish it didn’t. If I went fishing and caught this, I wouldn’t be able to throw it back fast enough.

I remember when it first came out and I was a tween it made me embarrassed to still like Pokemon. My dad saw it while I was watching the anime and laughed at how dumb it was. He was right. I was so mad.

This lazy arse heart shaped fish is an embarrassment. It also looks vaguely nutsack-esque, if positioned facing the wrong direction.

And they had to go and call it luvdisc. I’m not sure why but the fact that it’s “luv” just makes it so much worse. Like it was named and designed by a four year old.

It’s just so stupid. No redeeming qualities. A straight up 0/10 Pokemon.

You have begun your journey through the Hoenn region, beaten all 8 gyms and captured the embodiment of the land and ocean, but you have one more task. Travel to Ever Grande City and defeat the Pokemon League to become champion. It’s a place with great significance as this is the final stop on your adventure with your team of 6 who you have travelled throughout the region with. There isn’t much here though, only miles of flower meadows and a small rare Pokemon found exclusively under the waterfall.

This Pokemon is Luvdisc, and while it isn’t a critter you would be proud to carry on your team, it’s symbolic of the love you’ve gained for your Pokemon you’ve made over your time playing the game. Without them, you wouldn’t have gotten that far! On to become champion!

I’m sorry, Luvdisc. I’m sorry that, in all honesty, you are probably the last Pokémon I ever seem to remember or care about. To this day I still do not understand why you do not evolve in Alomamola. Your existence was very, very much just for the heart scales and nothing more.

Which is a shame because Luvdisc represents something that we all experience in our lives in one way or another. Despite how unimportant this Pokémon actually is in the grand scope of monster collecting, it represents something so large that it’s almost a surprise it isn’t shown more attention.

Though, in its own little way, it’s also a lesson learned. While we forget about Luvdisc as a Pokémon and take it for granted, it’s never going away. It will always be there within that large collection of Pokémon, even when it’s forgotten. Just as in life, no matter how you’ve been struck down or feel like you are all alone, there will always be a special someone who cares for you, even if it’s not immediately apparent.