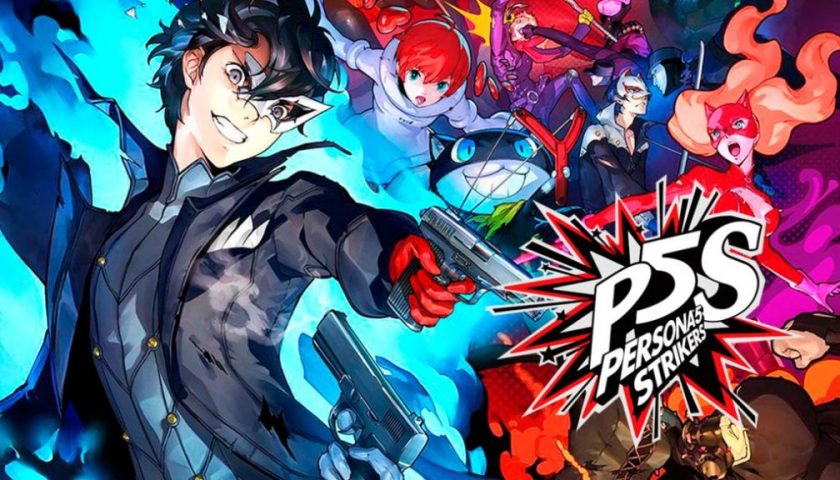 7 Things to Not Worry About in Persona 5 Strikers

Are you planning to pick up Persona 5 Strikers, but perhaps are also a serial starter-non-finisher of these games? Do you fear the RPG genre like a monster scratching at your window in the dead of the night? What did you have for breakfast and is that lump finally going down on your back? These are the burning questions of 2021 and we’re here for you. Well, you should probably consult a doctor about the lump, but when it comes to games advice, we’ve got you covered. So please enjoy our list of seven things you don’t need to worry about when it comes to Persona 5 Strikers:

1 – Don’t worry if you haven’t played Persona 5: Although Strikers is a complete sequel to Persona 5, there’s enough explaining of past events early on that you should have no trouble following along. Which is not to say that you shouldn’t play 5, just that if you did play it a bit but never finished it, you should be fine to tag in here. The only issue you might have is understanding who all the characters are. However, each one is written with such a strong personality and “role” in the group that their archetype soon becomes clear and you can slot them into their respective place in your head.

2 – Don’t worry if you can only play for a short amount of time: Although there are definitely moments of “hey, you’d better have a full hour up your sleeve because this is a ride you can’t stop” in Strikers, there’s generally plenty of opportunities to save your game. In fact, you’ll even be asked if you want to save progress before most such long stretches. And of course, with modern consoles’ ability to go into rest mode, it’s easier than ever to chip away at long games like this in half-hour increments.

3 – Don’t worry about the difficulty: There are no trophies related to difficulty (playing on PlayStation, obvs), so if you aren’t looking for a challenge, feel free to punch the difficulty down to easy. I’ve started doing this a lot lately with games and feel no shame in doing so – your time is yours to enjoy how you see fit and difficult games simply do not align with my life right now. There is one trophy that requires you to start New Game+ on Merciless Difficulty, but you can just do this to get the trophy to chime and then reload your original game. There are two trophies that can be missed, however, so it might be worth looking up a guide to work out how to make sure you don’t miss ‘em if trophies are at all important to you.

4 – Don’t worry if you miss some of the dialogue: There’s a running log of the most recent conversation that you can review by pressing Square. This is generously laid out, too, with each character name in stylised font and colour, with the script of what they said below. You can also play a voice clip of each line by scrolling to the desired line and pressing X.

5 – Don’t worry if you prefer turn-based combat: Although the Musou combat has largely replaced traditional Persona encounters, there’s still scope for pausing the action. When you press L1, this pauses combat and lets you aim a projectile weapon at an enemy. Pressing R1 brings up your personas, also freezing the action while you swap between personas (as Joker) to find one that will deal appropriate damage to the targeted enemy (a big “weak” indicator comes up to help you). You can then cycle between different persona skills and position their area of effect.

6 – Don’t worry if you crave complexity: Even hours in, you’ll still encounter tutorial pop-ups and training situations for complex nuances with the game’s fighting system. Once ambushes are introduced, combat becomes more about gaining the first strike on enemies and less about crowd control. As each jail’s security level increases, you’ll eventually get kicked out if it reaches 100%, so stealth and taking things slow and methodical, however difficult to pull off consistently, becomes almost essential.

7 – Don’t worry about in-game currency: Initially, it seems almost insurmountable to kit your large party out with the best weapons, protectors and items. But after a few hours, you’ll be able to unlock a perk that increases the amount of money you gain from each encounter. Seeing as each prison is a massive, sprawling, multi-hour adventure, you’ll emerge from the other side with so much cash that you’ll be able to go on a spending spree and have the whole party rocking the best of everything. Oh, and don’t forget to sell all the treasures and trinkets you find to boost your bank even more.