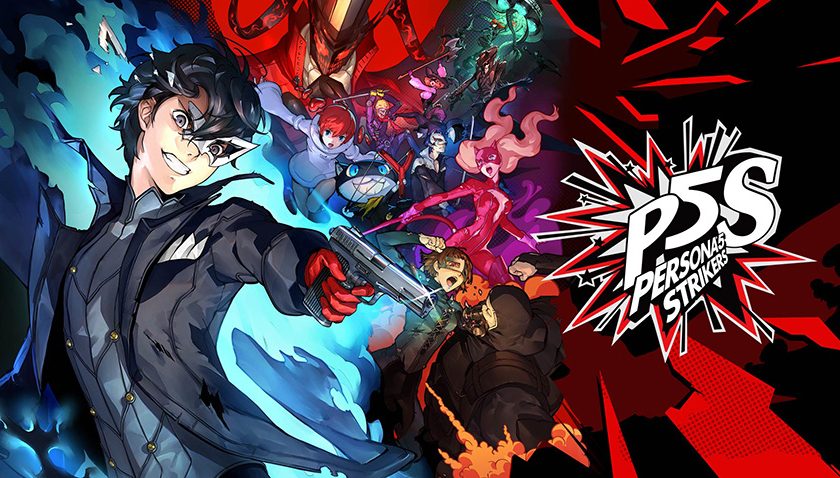 Few titles can lay claim to being as stylish as Atlus’ Persona 5, the aesthetics so striking I can’t think of another title wherein even the menu system feels like an extension of play through sheer force of sound and visual design alone. Upon booting up Persona 5 Strikers, a sequel in all but name, I was awash in crimson hues and the unmistakeable jazz fusion of composer Shoji Meguro, trepidation creeping in as a rush of familiarity battled with my firm held belief that Persona 5 is an excellent game which overstays its welcome by roughly 30-40 hours, never mind the Royal re-release I’ve not been inclined to approach. Developer Omega Force could have easily fumbled this one, riding the wave of fondness for the property to an easy pay cheque. Rather, Persona 5 Strikers is not only a worthy follow-up to the lauded main game but easily the best ‘musou-like’ title I’ve ever played, setting a new bar for the genre in the process.

Following the events of Persona 5, Joker and the Phantom Thieves are attempting to keep a low profile while preparing for college entrance exams and the next phase of their lives. After a chance meeting with fashion Idol Alice Hiiragi, they are drawn once again into the Metaverse via an AI companion named EMMA, an obvious analogue for Siri/Alexa. However, rather than finding a Palace manifesting Alice’s negative emotions and trauma, they instead discover a ‘Jail’ in which Alice houses the desires of her ‘victims’, transforming them into obsessive fans willing to seek her love and approval at any cost, be it personal or financial. What their investigation uncovers reaches far beyond Alice herself and stretches across Japan. Without giving too much away, the shift from ‘Palace’ to ‘Jail’ doesn’t seem very radical during play but certainly does some interesting things thematically within the universe and builds on the events of P5 in an organic way. At times Strikers can feel like a rehash but the pace is so lively it doesn’t drag the way certain sections of Persona 5 did, a ‘road trip’ structure ensuring there is a variety of locations across Japan which get the Phantom Thieves out of Tokyo for much of the play time.

Having not completed Persona 5 Royal, I can only suggest that players should expect to finish Persona 5 Strikers in roughly 1/3-1/2 the time it took for a single playthrough of Persona 5 (110 hours was my personal completion time). While there are many familiar gameplay elements taken from the main series, Strikers is a scaled down experience in many ways, from investigation and exploration outside of combat to the interaction between party characters. For many Persona fans, the loss of a dedicated ‘Social Links’ system will be the biggest negative in Strikers, as it is inherently relied upon to build the kinds of relationships between player and characters the series is lauded for. Omega Force have instead included a ‘Bond’ system which accumulates points in much the same way – engaging in activities both in and out of battle that would strengthen the bond between the Phantom Thieves. The pay-off are points which unlock party-wide skills ranging from lower prices in shops to increases in particular stat points. While I was sad to see ‘Social Links’ get ‘lost in translation’, it is yet another decision that pushes Strikers towards being a much more streamlined experience compared to Persona 5 and acknowledges the idea that the Phantom Thieves are now strengthening and maintaining relationships as opposed to outright building them.

The combat system in Strikers hews much closer to the Persona side of things than other ‘musou’ spin-offs like Dragon Quest Heroes or Hyrule Warriors. For starters, encounters are much sparser and enemies can be hidden from and ambushed to gain an advantage. While the party still consists of four characters at a time, gone is the menu driven turn-based combat system in favour of melee combos mapped to controller face buttons and unlimited Persona switching on the fly. In practice, this results in a blistering chain of combinations which can be executed with ease as the action pauses when aiming with ranged weapons or choosing Persona attacks. It’s incredibly satisfying to start a chain of attacks that moves from a debuff with Ann to exploitation of an enemy weakness (such as fire) with Joker and then taking advantage of a technical weakness (using wind on said fire for greater effect) with Morgana before finishing with an All-Out Attack in the space of 10-15 seconds. Combat feels fast and frantic but still requires tactical play to overcome many of the tougher foes. Whilst real-time combat and hordes of enemies are the complete opposite to a traditional Persona battle experience, Strikers’ choice to rely heavily on follow-up attacks and exploiting enemy weaknesses is a decision that works so well I’m tempted to suggest the core series adopt this system going forward – after all, the Yakuza series has demonstrated such a shake-up of core gameplay foundations isn’t unprecedented. More importantly, Omega Force have included a variety of combat difficulties to suit a range of skill and ability levels so those more acclimated to high difficulty action titles won’t find the experience too mundane.

Persona 5 Strikers is one of the best spin-off titles I’ve ever played and gave me everything I wanted from a Persona 5 follow-up; a chance to revisit these characters in a much less bloated fashion and further modernising its combat system to complement the shift from randomised dungeon layouts to bespoke creations that P5 was praised for. Omega Force may have also finally figured out how to best utilise their strengths, harnessing the most compelling elements of Persona battle mechanics and fusing it with the bombast of Dynasty Warriors. If you’re a Persona 5 fan, don’t “Take your time” on buying this one – you won’t want to miss it.