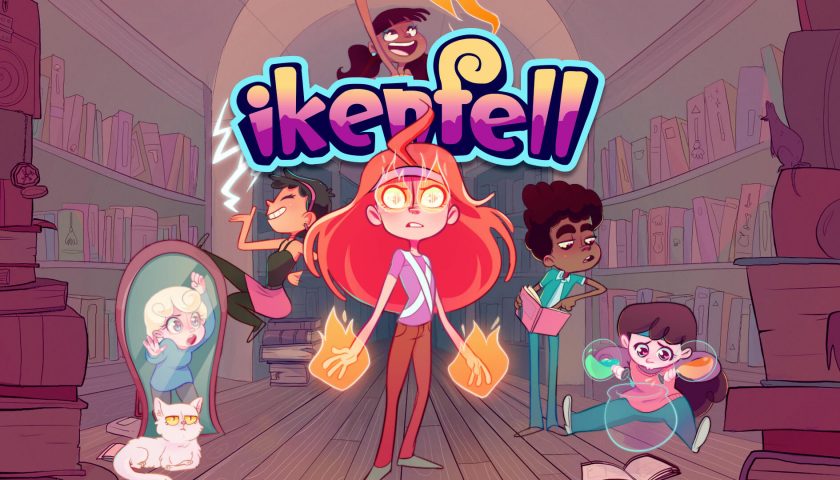 I feel like a lot of people grow up around one particular franchise that’s theirs. Star Wars, Marvel, Lord of the Rings. They are long-running properties that assist in our formation through youth to adulthood, lining up with our comings of age, becoming intertwined with our growth, memory and nostalgia.

Harry Potter couldn’t have come at a more opportune time for me. For my 10th birthday, my Nan bought me the first three books, with the fourth to be released shortly after. I lost track of the number of times I poured over these novels, talking about them with friends, wondering what could possibly come next. As the movies began rolling out and the franchise grew in popularity, an uncle started calling me Harry.

I think my media education through my teen years ended up being broad enough that I didn’t fall down the deepest of fandom with the magical adventure. I didn’t read fanfic, debate online or cosplay. When the Deathly Hallows came out, I read it once, maybe twice, then put that story to bed. I’ve flirted with the idea of re-reading through the saga again, but never found the time. Still, there’s no denying how the story of the school of magic, the boy with the scar and the destiny that awaited him has affected who I am today.

Ikenfell follows the story of Maritte, in search of her lost sister Safina – a young witch in training who attends magic school, but has since mysteriously gone missing. Maritte has never attended said school, however, because she’s an “Ordinary” – someone who has no aptitude for magic. At the beginning of the story, Maritte finds herself suddenly able to cast fireballs from her fingertips – and so her adventure of uncovering the dire circumstances the world of magic finds itself in begins.

Over your 20 hour trek in and around Ikenfell’s walls, you’ll experience a tale of fantastical qualities, with heavy emotional inter-character conflict alongside the uncovering of an ancient threat to life itself. A handful of allies will join you on your quest and a collection of complicated foes will challenge your progress. You’ll fight monsters off with magic spells and duel fellow magicians through a turn-based combat system across a 3×12 grid, taking into account space, positioning and a wide array of enemy types.

Many people don’t know this, but two of the best licensed games to come out of the 00’s era were Harry Potter and the Philosophers Stone and Chamber of Secrets on the Gameboy Colour. Where the games of the same name on other platformers would be action and platform heavy, the portable versions admirably did justice to the turn-based JRPGs of yore. They weren’t the most difficult games – they were of course aimed at a younger audience – but for this young fan, they were staples alongside Pokemon and Mario in my GB case.

So much of my early pre-teen years are wrapped up in these books, these movies – and in particular these games. They were formulaic not only in my enjoyment of fantasy as a genre, but my preference for more methodical thought out encounters with enemies in my interactive entertainment. The moment I laid eyes on Ikenfell, I prayed it would be the spiritual successor to those GB classics we’d never been granted.

Upon loading the game up for the first time, the visual and auditory sensations those games once provided came flooding back. While many often lump pixel art games into a single pile, the form has such nuanced applications. Ikenfell does stunningly here, pulling on emotive animation and gorgeous character art. But that music… oh, that music. It’s something else. Taking full advantage of the possibilities available with current hardware, the chiptune styled overworld and battle music is pure joy. And then, just when your ears are getting used to the ways in which these bleeps and bloops are mixed, a sparingly used vocal track will come in and knock your socks off. This soundtrack is so good it’s prompted me to finally make a band camp account just to have access to these absolutely bops on demand. They’ve already been on loop in my head for the last week anyway.

Ikenfell is turn-based in nature, but it is modernised and action-ified somewhat. There is no MP to speak of, allowing you the freedom to pick and choose which of your spells is best used in the immediate, avoiding the conservation problem so emblematic of magic systems. The grid-based approach adds a layer of positional strategy, both in trying to avoid enemy attacks that might hit your entire party and to be able to line up your own layers of devastation. There’s a timing-based mechanic tied to attack and defence to keep battles interesting – keep your button presses lined up with attack animations and the damage you deal will be greater, with the suffering inflicted upon your party less than it would be otherwise.

When I learned of this action focus, I was admittedly a little bummed. I wanted the space to feel like I’d been tactical but without the need to bring reflexes into the picture. Not to be deterred, Ikenfell was happy to indulge me in this. In its myriad of accessibility options lies a smattering of options rivalling even those of the fabled Celeste. Photosensitivity and Content Warning modes can be activated, Timing Mode can be set to manual, semi-auto and auto – there’s even an option for allowing an auto-victory option in battle, should you simply like an escape hatch if things start to get too dicey.

This ethos of accessibility and openness permeates through all of Ikenfell. Characters of all stripes help and hinder you all throughout the game, every single one of which now holds a special place in my heart. Everyone is just who they are, irrespective of their sexuality, gender identification or appearance – and most importantly, no one at all is defined by this. Ikenfell dreams of a world where identity doesn’t matter – it’s just simply a part of you, not something needing to be questioned, picked at and debated by people who have nothing to do with you. It’s radical in its mundanity.

Harry Potter once, to me, epitomised a progressive escape from a fairly conservative existence. The core of Harry Potter as a character is that he never feels like he belongs in this world he’s found himself in with his immediate family – he’s an outsider, treated as a pariah due to something that is just inherent to his very being. Heading off to Hogwarts is a release into a world of acceptance, where being different is just part of the deal.

The world is a very different place today than when the story of The Boy Who Lived finished in 2007. Not in the people that exist in society – we’ve always been here – but in the internet’s evolution, the permeation of social media, the politics of identity and of course, the… outspoken… nature of the author. In hindsight, the franchise should have just finished with book 7, the author should have retreated away from the public eye, and the fans should have been left to debate what house they were in peace. Instead, we’ve had disappointing expansions on the text, an upcoming game with all kinds of issues surrounding its development lead, and a creator that insists on digging in her heels in such a way that consistently beats down those who once held her creation as a beloved cornerstone of their youth, despite some of it’s more than problematic content.

I have never felt tied to any part of this world since I closed the epilogue on the Deathly Hallows. Everything that has come since has felt like an attempt to elevate it to something it shouldn’t be. It’s been… alienating. By comparison, Ikenfell has been a complete contrast – welcoming, accepting.

Everyone has their favourite characters in the franchises they love. For me, the hero is almost never the one that sticks out. These are usually the most generic and ultimately bland, written to be the most easily mappable to help the audience relate. I often prefer those adjacent to the MC – still key, but off to the side, with their own stories to tell.

Whenever Lupin or Tonks showed up, I became fervently rapped with attention. They weren’t necessarily essential, but they always provided some excellent insight or key balance to the proceedings; never the centre, yet still quietly brilliant. Both hid secrets; both shapeshifters of a fashion. Even in the wizarding world, they stood out as different, outcasts in their own ways.

Ima is a seventh-year student at Ikenfell, an almost mature age student studying a complex thesis. Ima’s wand takes the form of a paintbrush, with zir magic functionally forming as pure artistic expression. I didn’t really even realize why I felt so attached to zir until a particularly well-hidden optional mirror related boss fight.

How these character’s stories crescendo then end speaks volumes as to how the creators of these respective properties feel toward these types of characters, and why Ikenfell resonates so strongly.

Ikenfell is the antidote to the slow poison that a once-beloved fantasy franchise has oozed for over a decade now. It focuses on what’s important to this kind of story – a world of magic where the impossible is possible; a seemingly mismatched band of loveable characters coming together to step up and do what’s needed; an underlying mystery with world-shattering consequences, pulling at tragedy and elation in equal measure. This can be done without being bigoted and exclusionary. Ikenfell is proof of that.

Ikenfell’s fantasy isn’t just one of magic and monsters, of duels and rivals, of world-ending events and heroes that save the day. It’s a fantasy of radical inclusion, of the idea that people are just… people.

It’s a world worth fighting for. One worth saving.

Ikenfell was reviewed on the Nintendo Switch with code purchased by the reviewer.