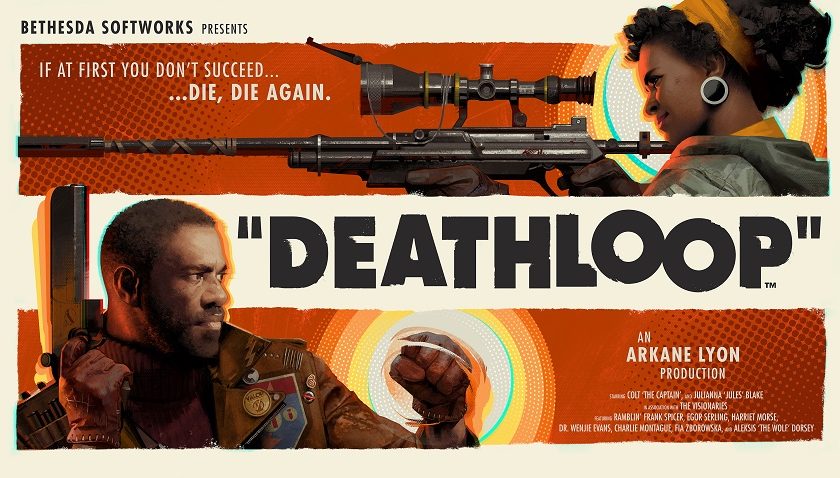 DEATHLOOP – The Meaning Behind the Time Bending Madness

DEATHLOOP is looking fantastic. The whole aesthetic and feel of the game really captures my attention every time there is a new trailer. Half 70’s B movie, half Dishonored is the closest I can get to describing the style the game is going for. But, since its announcement, we haven’t really had a clear idea as to what the bloody hell is going on and how it will play out. That changes today with Arkane releasing a “DEATHLOOP Explained” trailer.

The trailer calls the game a “Murder Puzzle” but to be fair it seems that they are describing a (very cool) spin on the rogue-like genre. Players will enter a time loop, learn about their targets, upgrade their abilities and attempt to take out 8 different targets in one single day. Of course, that won’t be possible in the first run, but thankfully you keep knowledge and abilities as the time loop starts over.

I have to say, even though I am getting sick of the rogue-like flood at the moment, this is still high on my most wanted list. I love the Dishonored franchise and the spin that Arkane is putting on things really has me intrigued. Check out the trailer for yourself and perhaps you will be joining me in the time loop come release day later this year on PC and PS4/5