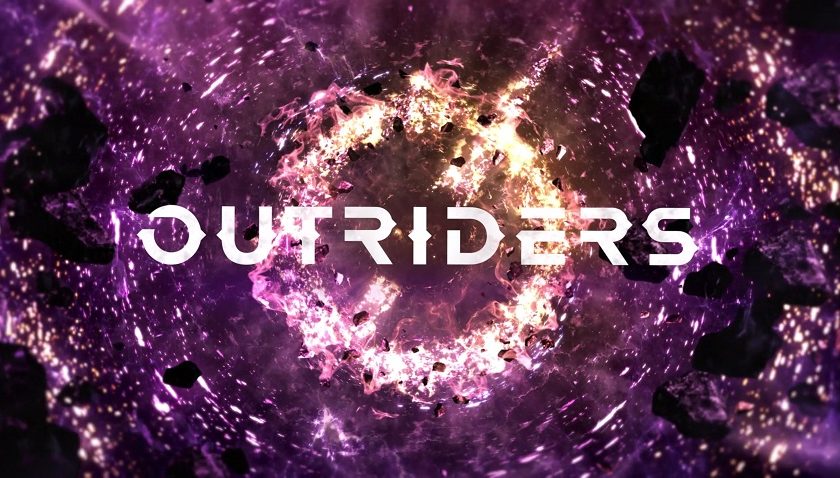 Outriders is a game I have been keeping a close eye on. As a longtime casual Destiny player, I have been looking for something new in the genre to jump into and perhaps take my attention away from Bungie’s behemoth. The Division 1 and 2 were fun for a while and still have their fans, Avengers had a great story but the end game was more barren than the Aussie desert and the less said about Anthem the better. So in comes Outriders, a game brought to us by the talented folk behind the classic shooter Bulletstorm. Does it have a chance to succeed where other games have failed? After my time with it, I would have to say it does.

Let’s get this out of the way right off the bat. It is impossible to state with any certainty how a game like this will turn out from a demo. There are just too many questions that can’t be answered until the campaign has been finished and the player enters the end game phase. So keep that in mind as I talk about what I experienced in the 3ish hour demo.

The Demo features the first few hours of game and story and the setup is quite a doozy. Earth is essentially screwed, so as a last-ditch attempt to save humanity two ships full of cryogenically frozen folk headed off to the nearest planet that appeared to be habitable. Upon arrival 83 years later, the Outriders, which seems is a fancy name for scouts, head out to see what this planet has to offer. Needless to say, it all turns to crap fairly quickly and the next thing you know, your character has superpowers. Look I am being pretty vague here because honestly, I think the story is a lot of fun so far. Sure it is B grade sci/fi nonsense, but it is entertaining. I was actually upset when the demo ended and eagerly awaiting the full release to see what happens next. There is also a lovely streak of black humour running through the writing, which shouldn’t come as any surprise to people who played Bulletstorm. This humour along with the engaging story almost immediately gives Outriders a leg up over other games in this genre.

The gameplay is quite an interesting spin on cover-based shooters and how you play will depend greatly on the character you choose. You see, your character heals by damaging enemies in specific ways depending on your class. For example, the Technomancer class is built around long-distance damage and as a result, all weapon damage you do to the enemies heals you, but you have a lower health bar than the other classes. If you choose the Devastator class, however, you need to rush the enemies and get in their face as only close quarters damage heals. This creates a much more frantic dynamic than most cover-shooters and really encourages strategic gameplay when playing in groups.

The special powers are slightly different in Outriders too. The developers clearly want powers to be used as much as possible because they almost all have short refresh timers, much quicker than say Destiny, so it encourages their use at every available opportunity. This adds to the chaos of the combat and the disruptive nature of the powers really can change the flow of a battle. On more than one occasion I found myself on the back foot, but with the quick press of a button a portable rocket launcher starts hammering the enemy and I am once again on the attack. These powers are also essential when facing enemies with similar superpowers and many of them will interrupt any skills they may be attempting to use, so strategic use is still important.

One thing I really liked in my time with Outriders is that everything made sense. The upgrade trees, armour levels and skill bonuses all used what I felt to be a common-sense approach. Unlike many games in the genre, I knew immediately what was happening and didn’t need to resort to internet guides to determine my upgrade path. It should make picking up the title super simple, even for people who have bounced off Destiny and its ilk. Speaking of skills, there seems to be an absolute metric tonne of upgrades on offer which should allow for some significant customisation of playstyles, much more so than is typical. I can’t wait to see how varied everyone’s final builds are.

On the downside, there were a couple of niggles present in the demo. Quite a few lip-syncing issues were on display and some scenes seemed to cutout mid exposition. These simply feel like pre-release jitters and I don’t expect them to be there on release day. The other thing I worry about is load times. On my Series X, the load times, as expected, were very short, but there were a lot of them. I have to imagine that this is bad news for people still on a PS4 or Xbox One. I also wonder if the older systems can hit a stable framerate because this is a good looking game with a lot going on at once, so there is a chance that frame rate stutters may be a concern.

Overall, I am quite excited by what Outriders has to offer and am very keen to see the final product. If you don’t like games-as-a-service titles or cover-based shooters then you can happily walk on by knowing you haven’t missed anything, but for those of us that do enjoy either genre, Outriders has a lot of potential to be a big hit. Of course, we won’t know if that is the case until release but I have my fingers crossed because I have thoroughly enjoyed my time so far.