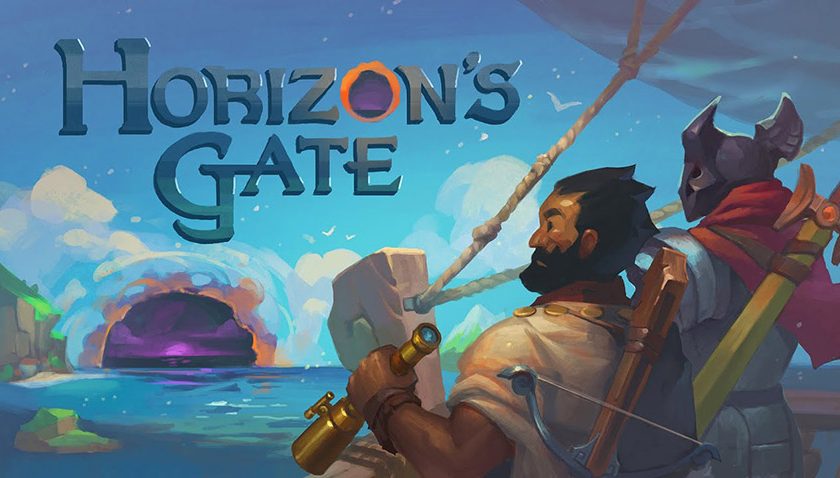 Horizon’s Gate opens with a great hook. You’re a newly minted Commodore, out on your first voyage – before getting taken out by seemingly innocuous pirates. The first hour is filled with colourful characters, mystery and betrayal, before letting you loose on the world to do… anything you like.

Living your best life as a pirate on the open seas, a trader amassing a personal fortune, an explorer out to search the four corners of the world or a scorned officer in search of revenge are all not only possible in Horizon’s Gate, but extremely enjoyable. Horizon’s Gate offers up a wealth of systems, should you be in the mood for a swashbuckling adventure. Just maybe don’t expect there to be much in the way of a story along the way.

Some games bring to mind a singular descriptive word, and for Horizon’s Gate that word is crunchy. A clear love of class customisation and tactical decision making is built into the very core of this game, pulling on such inspirations as the fabled Final Fantasy Tactics. When not wandering about the world in search of fame and fortune, battles that play out on land with your five chosen fighters in classic grid and turn-based forays. There are dozens of classes with hundreds more skills and abilities to equip, play around with and synergize strategies around. Naval conflicts offer yet another layer of tactical planning, with a variety of ships, cannons and boarding options rounding out your fleet.

And that’s just the combat. On offer is a smorgasbord of interlocking RPG systems, from trading goods for profit across towns and cities, dungeon diving for treasure and secrets, and earning a reputation with different factions through any means necessary in exchange for help and favours. Each of these systems are strangely both discrete and interconnected – you don’t have to engage with the ones you don’t want to, yet they all feed into each other and your own goals, always providing that feeling of forward momentum. I barely touched the sea battles for most of my time with the game, for example, instead focusing on land combat and trading back and forth between a few towns, with bouts of exploration when the mood hit.

The world of Horizon’s Gate feels incredibly expansive, not just in size, but in possibility. Thanks in part to its mechanical depth, you might spend dozens of hours not even realising something was possible before the game gives you a prompt to experiment. One early game area puts you in a space with what looks like a hedge maze, but wait – what’s that over there? An amulet just laying on the ground, but there’s no possible way to it? If only I could set this stuff on fire…

The best example of this discovery loop is a mechanic I now want all games to adopt – the examine system. Early on you are introduced to the examine function – simply take your magnifying glass and click it on different bits and pieces of the world. Everything you examine will reward you with a few lines of text about that item or piece of the environment.

This on its own isn’t groundbreaking, but Horizon’s Gate offers a neat twist on this by allowing you to sell this information to brokers throughout the world. Rare finds are worth a hefty amount of coin, but even the most basic of examinations – sword, spoon, shop sign etc – add up to a wealth of knowledge that can be transferred into literal wealth. Not only does it prompt you to learn more about and get invested in the world – it helps fund your expeditions too!

The fact that there isn’t all that much out on the internet for this game, no exhaustive wiki or extensive guide to the ins and outs of every piece of content, gives Horizon’s Gate a true sense of searching the unknown. These wiki’s do of course exist, but they are all only partially filled with only small tidbits of information. It leaves it up to you to go out and figure things out for yourself – making this game even more mysterious.

Playing Horizon’s Gate really took me back to a time when all the information on a game wasn’t just readily available on the internet – you could feel like you were genuinely discovering something special. One of the strongest game-related memories of my childhood is one Sunday afternoon playing around in Banjo Kazooie, collecting all the Jiggies and being shown the locations of 2 mystery eggs by Mumbo. Of course, they are ultimately things you are meant to find – the content is clearly created and designed for you to figure out – but just the idea that there are all sorts of secrets to find and whole new mechanics for you to discover out there makes the world feel more alive, more vast.

All of this leaves little room for the story, which is a slight shame. Your trusty first mate Reeve is an excellent character, and incorporating a rambunctious group of companions with bits of dialogue and their own side quests could be incredible. But, as you may be able to tell from how much this piece focuses on the (extremely good) mechanical function of the game, the story isn’t really the point here. It’s a background push to get you out on the open sea – a nudge to get you curious, then a beat that moves to the background to let the systems do the talking. It’s a very small negative all things told, but I’ll be honest – the potential for a twisting and turning tale is somewhat missed.

That’s not to diminish what this game does extremely well, though. It’s easy to see Horizon’s Gate is a specific type of game from a specific mind, built for a specific audience. Rad Codex’s efforts here are reminiscent of Spiderweb Software – not necessarily in function, but in being games that don’t need to be smash hits, just good games for people who really like the design of this particular creator. The love and care from the dev in these projects is apparent – over a year after release, a steady feed of patches, tweaks and bits of content continue to make Horizon’s Gate an even better experience. Not to mention the wealth of mods out there from some truly dedicated fans.

Not a lot of games give you the feel of going on a true adventure the way Horizon’s Gate does. Heading out on the open sea, cargo holds full of goods, swashbuckling crew on deck and cannons at the ready in search of fame, riches and revenge… there’s just nothing quite like it.

For those who enjoy a well thought out and expansive systems driven game with a bottomless well of customisation and experimentation in approach, satisfying tactical battles and a penchant for wonder, Horizon’s Gate is not one to miss.

Horizon’s Gate was reviewed on PC with a code graciously provided by Rad Codex.