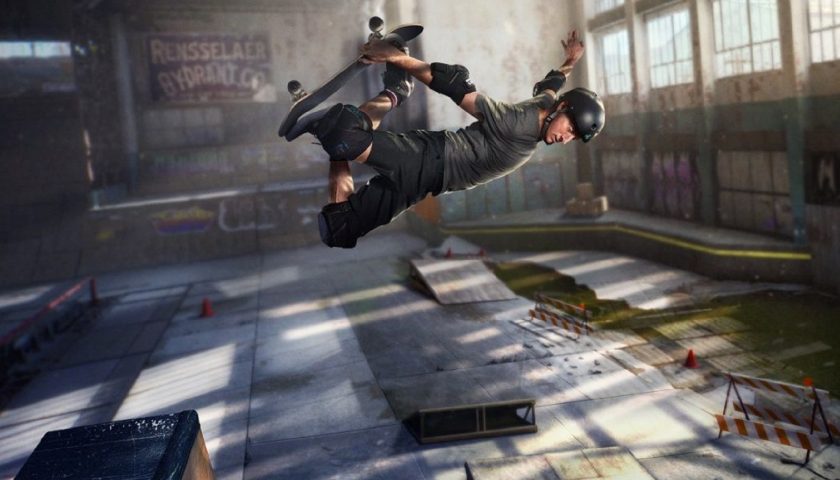 *Note this is a review based on the recently released “next-gen” version of THPS, for a review on the original release you can head here:

There is a moment in gaming, a moment like no other. You, the player, have put in the effort, put in the hours, honed skills and perfected techniques. You have mastered your moves and are ready to take on the challenge. It is all going well, things are stringing together nicely but you begin to second guess yourself. Should you keep pushing or settle for what you have achieved? Should you take the gamble on a big score or play it safe? You decide to risk it all, pushing for limits previously unreached. But then, just as you are about to reach your zenith, the slightest stumble, a fall and it has all been for nought. But instead of frustration, you feel invigorated, ready to try once again, insistent that you can crash through your previous best. It is a feeling that is welcomed by just about everyone who has picked up a controller at some point, it sits somewhere between exultation and determination and it is, in a word, glorious.

All I can say is, thank god Tony is back.

For those that missed it last year, Tony Hawk’s Pro Skater 1&2 is a ground-up remake of the first two games in the venerable action series. It was deservedly praised when it was released as the perfect reinvigoration while keeping exactly what made the series so well-loved in the first place. Now it has come to the next generation of gaming, with an update that makes this the best version of the game and once again reaffirmed my love for the franchise.

If by some small chance you are one of the very few people who have never experienced a Tony Hawk game (or worse still, only played some of the later abominations like Ride) here is the elevator pitch. You pick a real-life skater and hit a range of purpose-built maps with the goal to string together ridiculous combos while completing a range of tasks within the map, all within a 2-minute time limit. Some of the goals are simple, like collecting various items or simply achieving a high score, while some offer a bit more of a challenge (getting all the secret VHS tapes is still a tricky one). It is a very simple concept that is held together by a wonderful control system that is welcoming, yet encourages players to improve their skills and test their limits.

The best part of it all is that the developers have somehow managed to capture the magic that was the first few entries in the franchise and redo it for modern times in an almost flawless manner. Thanks to the curse that is nostalgia, our memories often play tricks on how things played and looked in the past, but when we go back to them we get a rude shock as to how dated everything feels. Thankfully, the developers here have made smart choices, making appropriate quality-of-life improvements, including mechanics from later entries (the revert) and showing a wonderful level of respect and appreciation for what came before, making this entry the perfect place for new and old fans alike.

As for what has been improved in the “next-gen” versions, there are a few key things that have been given an upgrade. The most notable of those upgrades is the improvement to 4K 60FPS on the PS5 and Series X (Series S does 1440p 60FPS). In a game like THPS when single frames of animation can be the difference between a high score or a failed run, this is a wonderful improvement. Everything is slicker than a used car salesman and twice as smooth, make it a dream to play. The other notable improvement is a more obvious one and that is load times. The SSD drives in the new systems are really starting to make their presence felt and are particularly helpful in a game that, by its nature, needs to reload levels constantly.

The only slightly sour note I have with this version of the game is the upgrade path. While the vast majority of games that have received next-gen updates have given those out at no cost to existing owners, that isn’t the case here. If you owned the digital deluxe version of the game on the PS4 or Xbox One you can upgrade for free, but for those who bought the physical copy or the standard edition it is going to cost you $15 to get the fancy new additions. I am still unsure how I feel about this, on one hand, developers obviously deserve to be compensated for their work, but on the other, splitting between the have and have nots is never a good look. It is not a slight on the game at all, just a bit of a blemish on the optics of the release.

With this release of Tony Hawk’s Pros Skater 1&2, I can feel safe in saying that you are getting the best version of a fantastic game. While the concept is an old one, it still feels fresh to play today. Buttery arcade fun that just doesn’t seem to come around often in this day and age. Throw in the visual upgrades and speedier load times and it really is a case of the good getting better. If you own the original release, I feel that the upgrade cost is justified and if you are yet to experience the glory of the 900, airwalk or the kickflip superman, then there should be no excuse to not pick it up now. THPS 1&2 is proof that good ideas don’t age, they just need to be polished every now and then to keep them relevant.

THPS 1+2 was reviewed on the Xbox Series X with code kindly supplied by Activision.