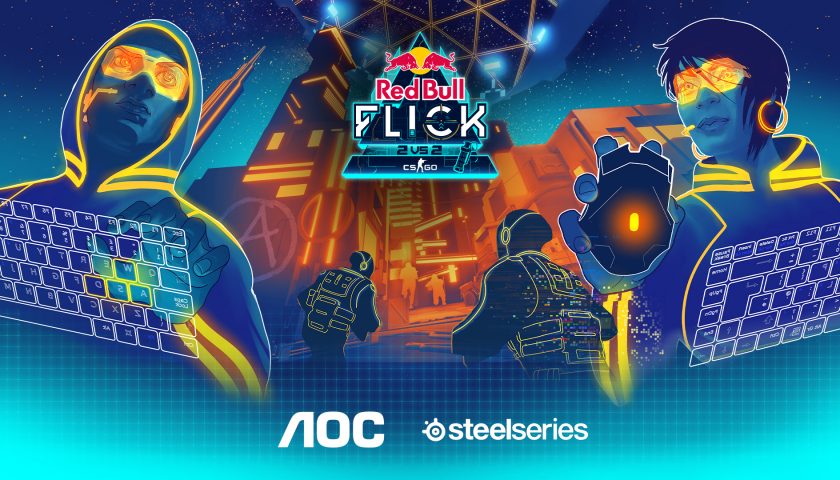 Red Bull Continues to Give CS: GO the Flick

Last year was known for a lot of things (something about a pandemic, or something along those lines) but it was also known as a year where esports events were incredibly rare, and those that did happen had to shift to online formats in order to comply with COVID health issues. It was difficult on many organisations, to say the least, but some may recall Red Bull organising a surprise competition with CS: GO called the Red Bull Flick Pro.

What made this different from normal CS: GO tournaments was that this was built around custom maps in a DUO (2v2) format. The matches themselves were high paced, fun to watch and thankfully, was considered a success!

If this was something you enjoyed, then it’s time to cheer because it’s 2021, vaccinations are in full swing and Red Bull are running the Red Bull Flick Australia 2v2 Tournament next month!

The best news … anyone can enter! Registrations are open right now with the first qualifiers running on June 26th /27th.  So, if you and your friend think you can mix it with the best players in Australia, then why not head over to their website and start registering: https://www.redbull.com/au-en/events/red-bull-flick-australia/

The finals will be decided on July 10th of this year, the winners of these qualifiers will earn their spot in the Red Bull Flick Invitational which will be played out in Helsinki. It’s always nice when big events like these include our (Australia’s) corner of the world and give us a stage that our very best can still shine. Let’s go!