Though pitched first as a metal-detecting game, the heart of The Magnificent Trufflepigs lies in Beth’s current moment of crisis. She’s built her idea of the perfect life around her, yet, happiness feels a world away. Over the course of a week scouring a farm in Stanning for a long lost valuable earring, Beth must analyse and work through her predicament, history and memories in order to find a path forward.

Metal detecting becomes less a means of interaction with the world and more of a meditative driver of the narrative. It’s easy to feel dissatisfied with the functional ways this mechanic operates, but the design choices are made in service of a story, rather than a game. As a result, the arc of the player aligns more closely with Beth’s journey – realisations about function fitting neatly alongside realisations about life.

Built around the bones of Firewatch but with a decidedly English flair, Trufflepigs weaves an emotionally deep tale around so-so gameplay – and is honestly all the better for it.

To talk about this game’s themes in any meaningful way we are going to need to pull it apart, so spoilers ahead. If you need a tl;dr – it’s a relatively inexpensive Firewatch-esque 2-3 hour story game that is worth your time if that’s a style of game you already enjoy. Go play it, then come back with your mixed feelings and read on.

The player drives Adam, an old friend Beth calls on to help her in her search for a lost treasure she is certain is still here somewhere. As a child, Beth spent weeks, possibly months, searching the fields of this farm for treasure. A key moment of her younger years revolves around her discovering an expensive earring, from which a local legend sprung. Beth is convinced the matching earring is still here, and it’s your job to find it before the week is out and the farm is repurposed into a brand new wind farm.

At the outset, it appears Beth has it pretty good – she’s in line to become CEO of her family company; wedding planning is in full swing. The cracks appear pretty quickly, however, with a stressful day job and a husband-to-be deciding that tying the knot is a mistake. Returning to this place and finding this earring is symbolic to Beth – it’s something she believes can help her pull her life back together.

As you scour the fields finding the odd bike chain and piece of costume jewellery, you chat to Beth over a walkie-talkie and smartphone. While the storyline is fairly linear, the odd choice will pop up in how you react to Beth’s current line of thought. The gameplay rhythm quickly settles into a small amount of time detecting, followed by an interaction with Beth, then repeated a few times before finishing up for the day.

It quickly becomes apparent that there’s more to Adam than being a friend Beth used to know back in the day. Keen players may pick it from the very opening cutscene, but Adam doesn’t really exist – he’s more a figment of Beth’s imagination, a manifestation in her mind to help compartmentalise her thoughts and help work through her trauma. The player’s role isn’t really to help Beth physically find what she’s looking for – instead, it is to help her talk out her feelings and frustrations, be the bouncing board she needs to discover who she was, who she is, and who she wants to be.

The discovery of the expensive earring as a child is a formative memory for Beth, instilling in her a core value and lesson that she carries with her through to today: If she puts in the hard work, it will be rewarded. Fairly innocuous as far as life lessons go. Except this memory has become so wrapped up in who she is that it moves from guiding principle to toxic behaviour. She has a rigid plan in place, a life she expects herself to lead. Yet despite that plan being fulfilled, she is consumed with misery.

The revelation that Beth needs to come to before the story comes to a close is that her memory of the lost earring doesn’t exactly line up with reality. In truth, Beth’s Father, witnessing her disappointment at not finding anything meaningful in all her hours spent searching, planted the earring for her to find. The second earring is not here, it never was – and Beth, deep down, knows this.

Similarly, the structure of Trufflepigs brings about similar revelations to the player in line with Beth’s disappointment and then acceptance of her past. Coming into this game you’re likely to expect a hidden-object hunt across the fields in front of you – instead, the items are placed dynamically through your play, at set intervals, for you to stumble across. The mechanic serves the story, rather than the story being discovered through the mechanic.

It’s somewhat of a deflating realisation. But the reality is you are not there to have a jolly old time hunting for treasure – you are there for Beth, a bodiless existence designed to help her through this inflection point. Your embodiment of Adam begins when she brings you in and then ends when it’s time for her to move forward.

Trufflepigs could have been a game about scouring the fields, but it’s easy to see how that would have led to more player frustration. Maybe the game would need you to find four things before moving on to the next area – stalling proceedings if you’d happened to miss the fourth. If each area was timed instead, bits of story and context could easily be missed, leading to a less satisfying arc. Just like Beth’s Father, the game instead places the breadcrumbs in front of you, keeping the story relatively frictionless and well-paced.

Part of Trufflepigs’ core is centred around the fallibility of memory. We base so much of our existences on them, our choices are determined by them – hell, our entire legal system is built on testimony around them. But our brains work in ways we still barely comprehend.

I recently awoke from a dream so incredibly vivid, I could have sworn it was a true memory. In it, I was working my current day job at a desk in front of a computer, music playing on shuffle on my earbuds. The song “They’re Calling Me” by German indie alt-rock band Tokio Hotel came on, and it took me over emotionally like a tidal wave crushing a sandcastle. The rocking beat, the fast-paced rhythm and the distinctive vocals of the lead singer are still so crystal clear in my mind.

As the song crescendoed through the bridge and burst into the chorus, I was hit with the most incredible wave of nostalgia. It reminded me of my final year of high school, of a particular person I used to hang out with who introduced me to the band, of this $2 bag of chips and gravy you used to be able to buy from the store across the road that no longer exists. But it wasn’t just the thought of these chips. I could smell the chicken salt, taste the crispness. They were so distinctive, and I’ve never had chips like them since.

That was over ten years ago, yet this song in my dream brought it all back in an instant. The synapses in my brain had fired in just the right pattern to surface memories I hadn’t thought of or connected in over a decade. The sense of absolute profound sadness for a time no longer accessible was palpable. It felt like that song had been an anthem of the time for me, something I had attached such strong memories to through titanium locked emotional bonds, that stumbling across it years later, even in a dream, had them rushing all back.

The funny thing is, that song I remember so clearly it made me lie awake, eyes sealed shut, hanging on to that memory and idea for just a few seconds longer before I headed back into the real world? It doesn’t exist. It’s not even a real song. I googled it to make sure. It’s something my mind had created somehow, in the throes of a land of dreams pulling threads from my past and my present.

I know it isn’t real now, but in that brief moment, my mind willed it into existence. Such a vivid recollection, yet a fabrication weaved through emotion and disparate memories. A collection of feelings, thoughts and perceptions that converge into a believable, I-could-swear-that’s-what-happened history.

Beth believed in her memory so strongly that her life was built around it. We experience the game based on our own expectations, built from memories of similar games like Firewatch. But Trufflepigs is more interested in interrogating that idea, having the tough conversation, and leaving you coming out the other side not necessarily satisfied, but still better for it.

The realisation that the story isn’t some grand narrative, and instead focuses on the complex life and choices of a character, isn’t the only Firewatch inspired piece of this tale. But it’s probably the most poignant, as well as the part that most people are going to feel friction with.

What is just as likely however is that this story will be remembered fondly, after it is thought about more deeply and reflected on for what it is. Because what it is is a tale of undeniable self-truth, and of the importance we place on memory. It’s a story game first and foremost, with a tale more than worthy of being told.

The Magnificent Trufflepigs was reviewed on PC with code kindly supplied by the publisher. 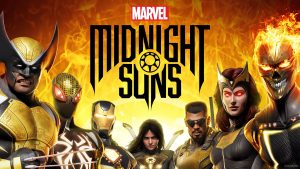 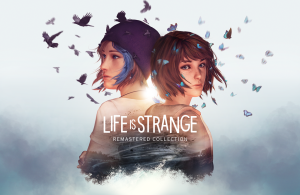