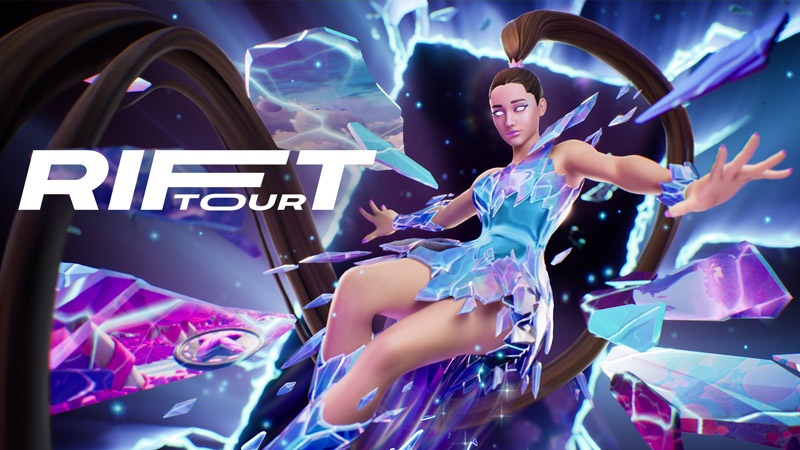 Epic Games have announced pop-sensation Ariana Grande as the headline act for Fortnite’s upcoming Rift Tour, a special musical event running across August 7-9th. The Rift Tour is the latest ‘virtual gig’ to take place within the world of Fortnite which builds upon the success of similar previous events that featured artists such as Travis Scott, Marshmello and most recently Easy Life.

Ariana Grande’s status as a high profile female artist is a win for Epic Games, one the publisher no doubt expects to help further develop Fortnite’s already enormous global audience. The Grammy award winner has stated “Working with Epic and the Fortnite team to bring my music to life inside the game has been so fun and such an honour, I can’t wait to join my fans and see all of your reactions to such an unforgettable, magical journey to new realities.”

As suggested by the Grande herself, Rift Tour and similar events allow Fortnite players to enjoy performances by musical artists within the game world, often with unique experiences attached and of course, a new Ariana Grande outfit available from the in-game item shop from tomorrow. With regards to the Rift Tour experience itself, while Epic remains tight-lipped on details they have stated players can expect to “travel side by side with their friends on a journey to magical new realities where Fortnite and Ariana collide”.

The schedule for the Rift Tour events is as follows, with Epic advising players to log in one hour prior to these times to minimise potential issues:

As always, Fortnite is free to download across all major platforms via their respective online marketplaces.