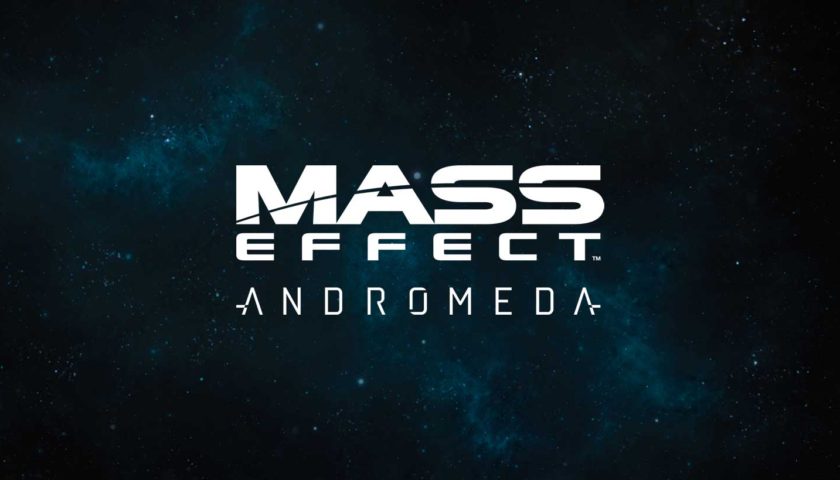 It’s been a massive day for the Mass Effect franchise. N7 Day since its inception has been an opportunity for the fans of Bioware’s space epic to bask in wealths of content that gets revealed about their beloved series. Some years are obviously better than others, dependent upon whether or not there is an impending release on the horizon – fortunately enough for all of us, this year happens to be one of those years. With Mass Effect: Andromeda now only a matter of six-ish months away, the floodgates have begun to creep open a little bit with a steady trickle of news still to come. So it’s time to look at the five things we’ve learned from N7 Day 2016.

New Alien species revealed, enormous plot points teased and a lot of tense gunplay – all things you see in this new trailer. If you’ve not yet checked the trailer out then be sure to do so now – you will not regret it.

The build towards a brand new trailer has been the reason why N7 Day has been such a massive focus of gamers this year. So when it landed there was a lot to pick through (I’ll tackle that shortly), but what stuck out at the conclusion was a Spring (Autumn for us Aussies) release window for Andromeda. This is interesting given the news that emerged a fortnight ago that according to Dark Horse, the publishers of The Art of Mass Effect: Andromeda, the book is set to release side-by-side with the game on March 21st. The fact that we’re still only getting a window officially from EA/Bioware perhaps plants a seed of doubt in the mind as to the legitimacy of this supposed March 21st release date.

Commander Shepard, Garrus, Jack, Miranda, Joker, these are just a few of the iconic characters that were introduced through the original Mass Effect Trilogy. Big shoes need filling and N7 Day 2016 introduced us to a just a few of the new faces we’ll be seeing in Andromeda. We’ve now been introduced to three Ryders; Alec, the “Pathfinder”, the one responsible for guiding humanity toward a new home in the stars, and your playable protagonist, either Scott or Sarah Ryder. Regardless of who you choose to play as, the other will remain to be a major part of the narrative. There’s also a mystery that follows the Ryder family that will become clearer as the game plays out.

4 – Loyalty Missions are Back

Loyalty missions were one of the most popular parts of Mass Effect 2, but were unfortunately something that vanished from Mass Effect 3. Bioware has today confirmed that these are returning, but will play slightly differently than they once did. In Mass Effect 2, the Loyalty Missions you completed played a major part in the survival of the cast in the game’s final mission, but in Andromeda, they’re far less binary. Mac Walters of Bioware confirms that Loyalty missions are no longer a part of the game’s critical path, now serving as an optional activity that the player can choose to engage with. Completing these Loyalty Missions will gift you with a more intimate knowledge, and stronger bond with your crew but you won’t be punished for not taking on these missions either. You can even choose to complete these are the final credits have rolled should you wish to do so.

Multiplayer that was first introduced in Mass Effect 3 returns in time for Mass Effect: Andromeda, and if you’re interested in experiencing it yourself, then heading to www.beacon.bioware.com and signing up will give you a chance to play the Andromeda Multiplayer Beta before the release of the full game hits physical and digital stores.

6 – Gameplay Is on the Horizon

It was revealed through the trailer and courtesy of Geoff Keighley on Twitter that Mass Effect: Andromeda’s gameplay is going to be officially revealed at The Game Awards which airs in Australia on Friday December 2nd. Be sure to tune in live to see what awesome gameplay will be revealed

So these are just a few of the big takeaways we can draw from N7 Day 2016. With Mass Effect: Andromeda’s rapidly closing in more is bound to be revealed, and with a release date, gameplay and much more surely around the corner. Until then we wait.

* It is also worth noting that Mass Effect 2 and 3, along with their DLC, have just joined the Xbox One Backwards Compatibility program. So now seems like the perfect time for another playthrough.

To celebrate here is a video of the greatest Scientist the galaxy has ever seen. – Matt