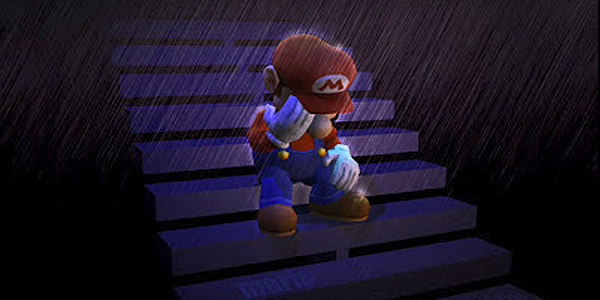 To kick off Player 2’s week of wrap-ups we are going to look at the games and happenings that left a sour taste in our mouths. These games may have been delayed, failed to live up to their own hype or just were out and out terrible. Whatever the case may be these games disappointed the Player 2 crew.

I was well and truly on the Mafia III hype train before it was released. The idea of a game set in New Orleans during the 60’s was just mouth watering to me. The music, the politics and the location are all juicy fodder for a video game translation. So when Mafia III came out and the gameplay was a selection of open-world tropes I felt more than a little hurt. The story was ace, the racial relations were handled with aplomb and the soundtrack is one of the best I have ever heard but that gameplay just couldn’t hold up. It isn’t a bad game, it is just a game that failed to live up to its potential and is all the more disappointing because of it.

Already suffering multiple delays during development, Persona 5 finally released in Japan earlier this year to glowing reviews. For gamers outside of Japan however, further delays saw it pushed into 2017, causing drama for the inaugural Player 2 Video Game Draft as well as westerners who have been waiting patiently since 2008 for the next main entry in this series. While no specific reason was given for this latest delay, I can’t help suspect that proximity to Final Fantasy XV stayed Atlus’ hand on this one. I had planned to spend a chunk of my holidays diving into Persona 5 but might have to make do with finalising my run through Persona 4: Golden.

My spare time this year has been a precious resource that I haven’t been able to dole out as liberally on playing video games as I would like. A weird sort of perk of this has been that the games I have played have almost exclusively been things I know I would really enjoy or, at the very least, had a good idea about what I was getting into. Therefore, I haven’t really had any major disappointments this year!

… that is, until a little game called Spellcrafter popped up in my Steam library, courtesy of one Sadistic Santa. Unfortunately (or should that be fortunately?) I’m not at liberty to divulge any of the details at this stage – but if you’d like to tune into the next Player2.net.au podcast, I’ll happily share the misery.

For all the great things that happened in 2016, there were also some really disappointing things… Donald Trump, the deaths of David Bowie and several other influential entertainers, and of course Geelong falling over in the AFL Preliminary final. There were some major disappointments in the gaming, No Man’s Sky is one that’s regularly discussed, in some corners people discuss Street Fighter V and Titanfall 2, others (rightly) bring up Mighty No. 9; more than any poor game, though, the most disappointing aspect of gaming in 2016 was the delays. Zelda: Breath of the Wild, Horizon: Zero Dawn headline a list of games both AAA and indie that slipped out of our current year and into 2017. Perhaps I’m being a little greedy because 2016 has already been a good year, but why not make it great?!

THIS IS NOT BECAUSE OF THE GAME ITSELF, but more because I was burned by Pokemon Go. That game took all my Pokemon enthusiasm for the year, and I was so saturated in Pokemon crap for such a long time that by the time Sun and Moon came out, I just stopped caring.

The idea of mixed media, in general, has never really won me over, despite its obvious potential to be incredible. Remedy Entertainment went down this road with Quantum Break, and it’s a neat idea in theory – a game combined with a TV show, giving you a wider scope for telling different, more varied stories. But in practice, sitting down with the intention of playing a game, but instead being forced to sit through a 25+ minute episode of not-so-good television, is a poor way of telling a story. And a not very good one at that. None of the movement or character interactions felt good, and whilst the game looked nice in some parts, nothing about it could compel me to keep going with it. Perhaps the concept was flawed from the beginning, with the game’s roots dating back to Microsoft’s initial vision of where TV sat with the Xbox platform. Either way, Quantum Break fell flat for me, and in a year that choc full of games that stand out, Quantum Break does so in all the wrong ways.

For me, the biggest disappointment is that FROM SOFTWARE has not announced Demon’s Souls 2 or a HD Remake of Demon’s Souls. Honestly friends, I have so little time for games these days with work and the new bub, I basically just stick to games that I know to be good (for my situation), things like Dark Souls, the latest Total War: Warhammer (which should have been called Total Warhammer.. I mean come on!) and the mighty XCOM 2. Sure this might seem restrictive on my part, and it is, but in the 4mins I have to game each day, I really need to maximize on what’s good for Barry. (I understand if you don’t want to user this cause it’s not really about anything)