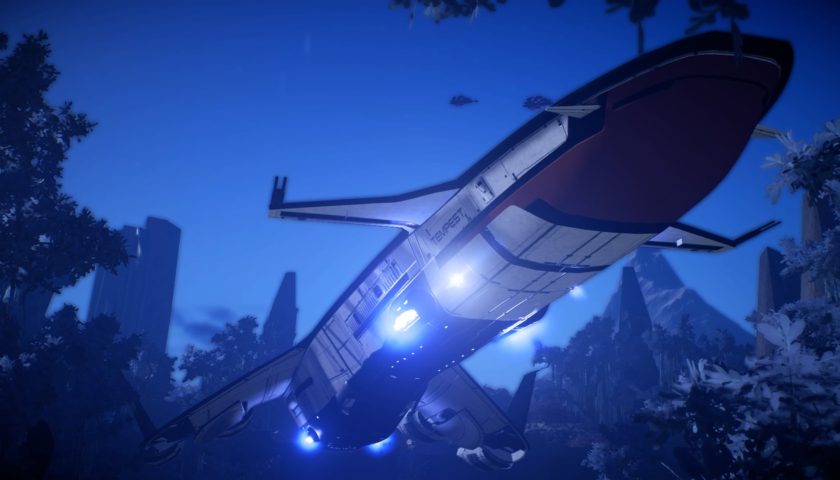 Adventures in Andromeda – A Familiar Feeling

It was about 10 years ago now that I first dived into the world of Mass Effect. When the franchise is mentioned most people think of the excellent second entry or the much maligned but still excellent 3rd game. With good reason too, both of those games were shining examples of what action RPG’s could be. But I have a fond spot for the first entry in the franchise. The rough-edged yet ambitious RPG that consumed many, many hours in my early days with the Xbox 360. It had problems, just try playing it again and they are immediately apparent. The combat is rough, it doesn’t look the best and man-o-man those god damn loading elevators. But at the time that didn’t matter to me at all, I was wrapped up in the world, story and characters that the game presented.

Now we move onto the latest release in the franchise, Andromeda and I am getting all of those familiar feelings again. Like the original title, Andromeda is a game of massive scope and ambition, a game that shoots for greatness and game that challenges what a SCI/FI rpg can mean. But it is also a game that has issues and the gaming world seems to be a much harsher place these days because these issues have been dragged into the spotlight repeatedly. The rough animations (which are nowhere near as prevalent as the internet would have you believe) and some sub-par character writing, in particular, have been dragged over the coals. But just like the original game, none of these issues have ruined my time in any way because, in my mind at least, these minor problems are fully negated by the key feature of the title, freedom.

I remember when I first played Mass Effect and I felt like this is what freedom in gaming is meant to be. Cruising around uncharted planets in my Mako, finding lost artefacts, discovering mineral deposits and zooming through the galaxy gave me a sense of freedom that gaming had never given me before. Now Mass Effect: Andromeda is giving me that same feeling 10 years later. I am in uncharted territory, with new companions and new antagonists. I don’t know what is around the corner, and I am revelling in that uncertainty. It feels like a fresh start yet at the same time retains the feeling of a Mass Effect game and that is perhaps Bioware’s finest achievement with this title. It also brings back a sense of wonder that was perhaps missing from the second and third games and that is no mean achievement for a franchise that players have spent so much time with.

If anything the flaws present in Andromeda reinforce this feeling of a new start. It is a game, much like Mass Effect 1, that feels like it is on the verge of greatness. It never quite reaches the upper echelon of RPG’s (The Witcher 3 really did push that bar up didn’t it) but it is certainly trying. Also just like the first ME it is a game that feels like the second entry will be something truly special, a game that will take this solid foundation and build something to be remembered. That promise has me excited for the future of Mass Effect but it hasn’t lessened my joy with Andromeda.

That Andromeda is flawed isn’t in doubt. It has issues, both large and small, that probably shouldn’t have been in the final title. But, just like Mass Effect 1, it has me excited. Excited for the new universe, the new characters and the new journey. After 26 hours or so I am only 30% complete and that excites me even more, there is so much more to discover. Mass Effect: Andromeda brings with it a familiar feeling of wonder, and in this day and age of predictable sequels, that feeling is thoroughly welcomed.