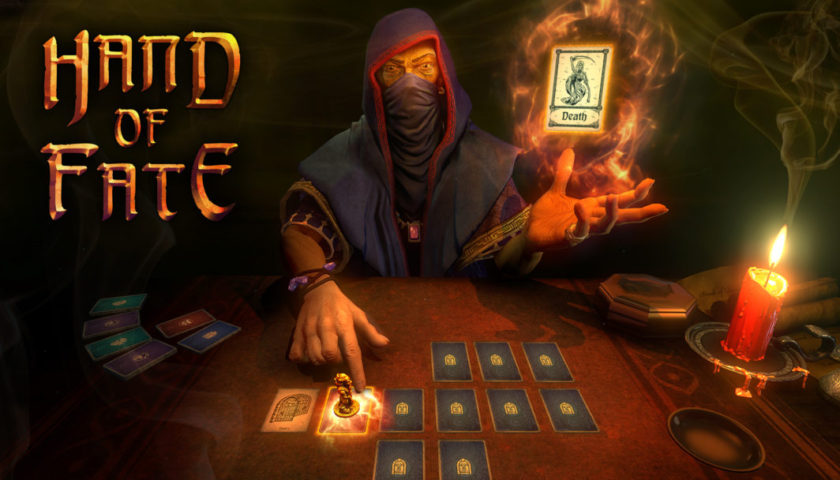 Sometimes a game just slips under the radar. Whatever the reason for this occurring, be it bad marketing, classification problems or a strange concept, some games just fail to find their audience. Here at Player2.net.au, we want to highlight these rough gems and that is where “In Case You Missed It” comes in. Some games just deserve a second chance.

In Case You Missed It – Hand of Fate

There are few games out there that defy traditional genres. Sure many games share elements from different genres, but on the whole, they stay within their own defined role. They might be an FPS with light RPG elements or an adventure game with 3rd person shooter trappings, but as a rule, they basically fit into one genre. Some games however, shun these labels. They create their own space in the gaming world, a space that has never been occupied by any other game in history. These games become remembered as trendsetters or even unique gems in a sea of familiarity. Australian developed Hand of Fate is one such game.

Created by the team at Defiant Development, Hand of Fate is a game that breaks all genre definitions on its way to being one of my most memorable gaming experience of the last few years. Hand of Fate saw me take control of a nameless warrior who is challenged to a game by the nefarious, yet entertaining, Dealer. The Dealer is a malevolent figure that oversees a game that somehow controls the fate of the nameless warrior. It is all very mysterious and the whole story and theme left me questioning both the Dealer’s and my own motivations throughout the entire game.

But the real highlight of Hand of Fate is the gameplay. Hand of Fate is part 3rd person action game, part CCG and part virtual Table Top game all with a dash of “Choose your own Adventure” thrown in for good measure. The game saw me sit down at a table with the Dealer who would then lay out a range of random cards face down on the table in a pattern. I could then take a turn and move my token onto a card, turning it over in the process, looking for an exit to the next card pattern.  Each turn I took would consume some of my food, but at the same time, it would restore some of my health. This all sounds very much like a table top game so far, but the real twist comes when a card is turned over, instead of reading it and relying on a dice roll to determine my success I would have to act out the card’s instructions. Be it battling 6 Ratmen, finding my way through a trap filled maze or taking part in a game of chance with a goblin at the pub, I took ownership of what the card was telling me and my skill got me through, not the luck of a roll.

The combat sections borrowed mechanics from the “Arkham” games so they were easy to pick up and allowed me to take on my foes with confidence, however as the game wore on and more and more cards were added to the game deck the challenge of combat became quite steep. In the later boss battles that challenge became extreme and it was only through some exceptional dodging, well time lunges and stroke of good fortune that I made it through. During the card sections, I could land on vendors that would allow me to purchase better equipment and weapons to help in the battles as well as add magical powers to my arsenal. These upgrades could also be earned by completing card quests and adventures during the round.

Every time I successfully beat a boss, new cards were added to both my deck and the Dealer’s and a new round would start, progressing through the story. This structure, along with the random nature of card draws, meant the game never played the same way twice. This kept the game feeling fresh at all times, but it could make things frustrating if I got a round of particularly harsh card draws. Sometimes it was better to restart the round than continue against some rather unfavourable odds and a handful of crippling curses.

The game was something of a success for Defiant Development, with the game selling well enough to get a console release on both Xbox One and PS4. The game was also a part of the Xbox “Games with Gold” program that spread the word of this little gem even further. This success has led to the announcement of Hand of Fate 2, which should be out this year, and a Kickstarter-funded table-top version of the game (which is currently still raising money). Needless to say, there are many veterans of the first game that are eagerly looking forward to more adventures with the Dealer, Myself included. If you are yet to experience the Dealer’s wrath however, there is no reason to put it off any longer. The game is regularly on sale on Steam and the consoles and can often be had for $10-15, a cheap price for a wonderfully unique and addictive experience. As the Dealer would say, it is time to play a game. Are you ready?